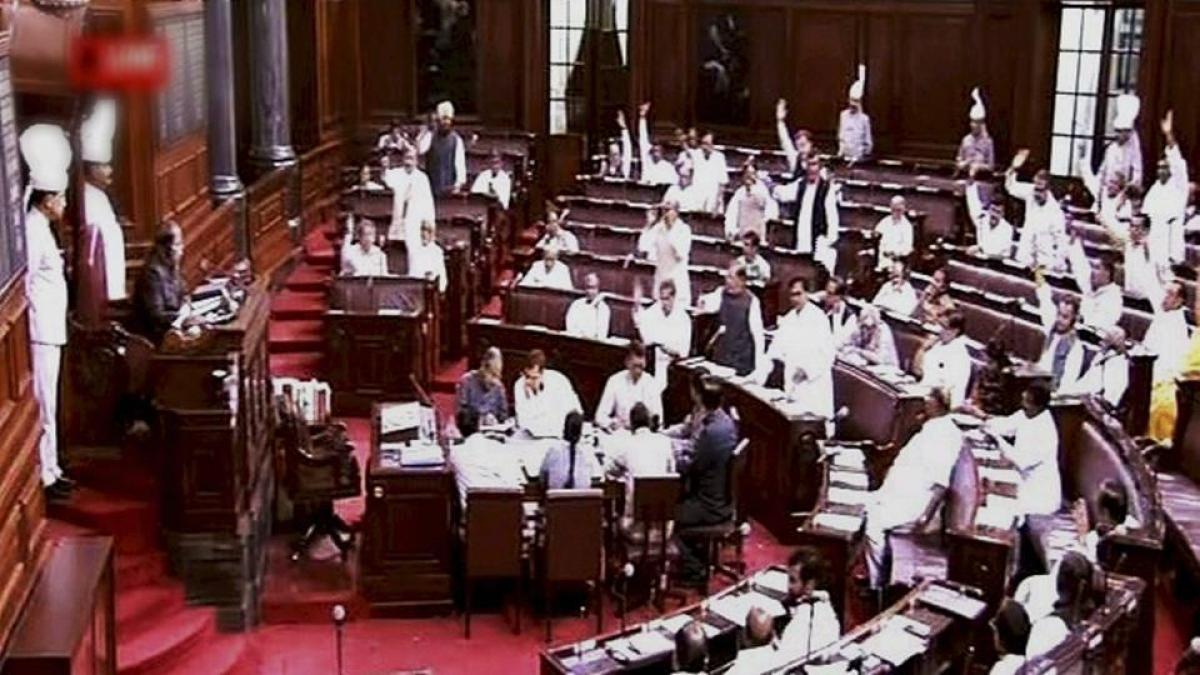 Opposition parties led by the Samajwadi Party today forced a brief adjournment of proceedings in the Rajya Sabha alleging a move to disband the OBC Commission, a charge vehemently denied by the government.

Opposition parties led by the Samajwadi Party today forced a brief adjournment of proceedings in the Rajya Sabha alleging a move to disband the OBC Commission, a charge vehemently denied by the government.

SP members rushed into the Well of the House and shouted anti-government slogans, forcing Deputy Chairman P J Kurien to adjourn the proceedings for 10 minutes.

Minister for Social Justice and Empowerment Thawar Chand Gehlot said Prime Minister Narenda Modi has repeatedly said that the constitutional position of reservation of SCs, STs and OBCs will continue.

"Since the time of Jan Sangh, we have been a supporter of reservation to these communities and will continue to be a supporter," he said.

The Government, he said, has taken a decision to give constitutional status to the commission for other backward classes (OBC) and it will get the same rights as Commission for SC and STs.

Earlier when the House assembled, Ramgopal Yadav (SP) said the National Commission for Backward Classes, created in response to a Supreme Court ruling in 1992, has been disbanded instead of giving it the promised constitutional status.

This Commission is to be replaced by a National Commission for Socially and Educationally Backward Classes (NSEBC) and part of a larger "conspiracy" to do away with reservation to dalits, Yadav alleged.

The new commission will examine and recommend requests for inclusion and exclusion in the list of other backward classes (OBCs).

Without naming the RSS, he alleged that the move was guided by the philosophy of the ruling party's "fountain head" that reservation should end. "Backward classes feel cheated."

He alleged that backward communities like Yadavs, Kurmis, Lodhas and Kushwaha, who have made some social progress, were being removed from the OBC list.

His assertion found support in rival BSP, as well as the Congress whose members too vehemently opposed move to disband the OBC Commission.

Rejecting the Minister's statement, Yadav said the OBC Commission has been disbanded and it is a conspiracy to end reservation.

Soon thereafter, his party colleagues rushed into the Well raising slogans against the government. They found support in the BSP and Congress too.

Kurien said the minister has given "a very clear reply" and so there was no reason for the protests. "Your concern is very genuine. I agree. (But) Minister has very categorically replied," he said.

As the protests continued, he said, "The minister said in Hindi. May be you don't understand (that). You haven't understood what Minister said."

Gehlot repeated again that the Prime Minister has said several times that the government has been a supporter of reservation for SCs, STs and OBCs and will continue to remain. "A decision to provide constitutional status to the OBC commission has been taken," he said.

But as the protests continued, Kurien was forced to adjourn the House for 10 minutes.