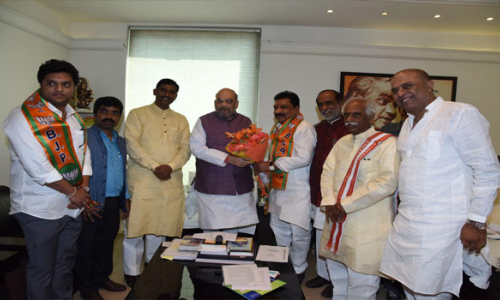 Referring to the TRS government, he said the ruling party was anti-people and neglecting farmers' interests. It was not keeping the party’s manifesto promises, he said. "The only future for the people lies with the BJP. Modi and Amit Shah can lead the country to prosperity and progress", he added.It may be recalled that the BJP leadership had already indicated that half a dozen Congress leaders from different districts in Telangana were in consultations with BJP along with some TRS leaders.