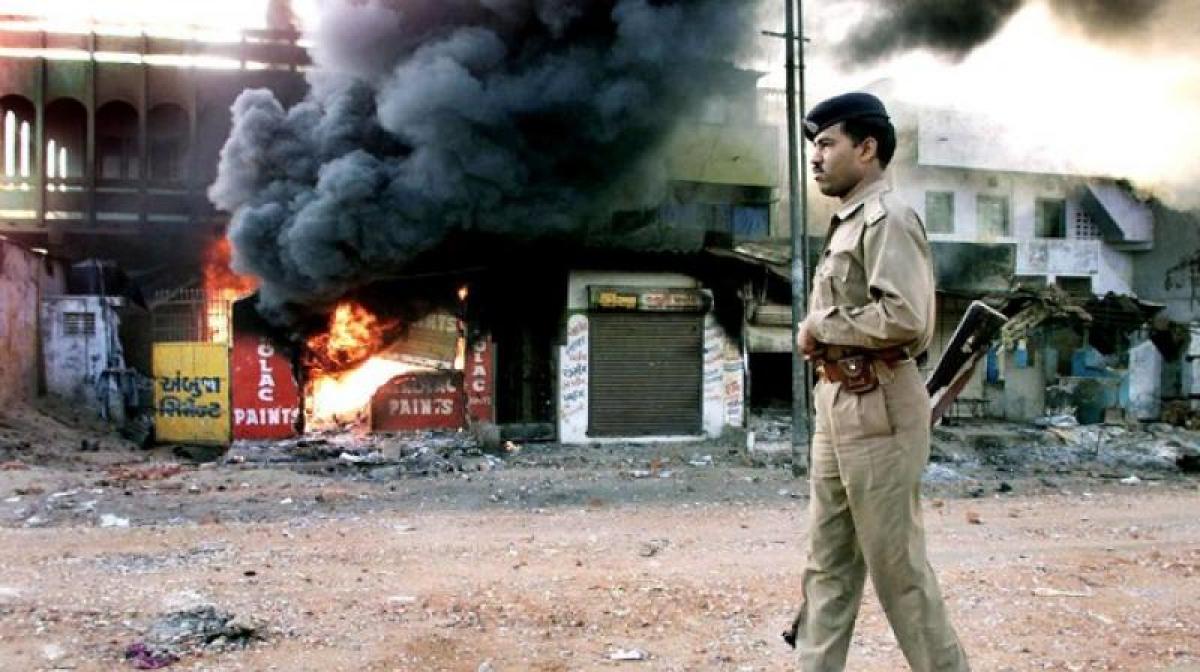 Kodnani, who was then a state minister, has already been convicted and sentenced to 28 years in jail in the Naroda Patiya case in which 97 people were massacred.

Special Public Prosecutor Suresh Shah, who appeared on behalf of the SIT probing the case, submitted testimonies and statements given by 12 witnesses before the special SIT judge P B Desai, who will resume hearing arguments from the prosecution side from October 30.

The trial of the case, in which former BJP leader Maya Kodnani is one of the prime accused, is in the final stage.

While submitting the testimonies on Friday, public prosecutor Suresh Shah told the court that all of them had identified several accused who were part of the unruly mob which went on rampage and torched their vehicles, shops and houses in 2002.

While reading out these testimonies before the court, Shah told the court that one of the key accused, VHP leader Dr Jaideep Patel, was part of that mob which targeted minority community in Naroda Gaam area after the Godhra train burning incident on February 27, 2002.

The SIT lawyer argued that there should not be any doubt on the testimonies of these eye witnesses, as they did not have any grudge with any of the accused prior to the riots.

Shah urged the court to take into account these eye witness accounts to bring the accused to justice.

Shah contended in the court that the then police inspector of Naroda, V S Gohol, had tried to shield the culprits by not mentioning full names of the accused in the
FIR when these eye witnesses, who are also the victims, approached him after the riots.

Naroda Gam massacre is one of the nine major 2002 communal riots cases which were investigated by the Special Investigation Team. 11 people belonging to the minority community were killed in Naroda Gam in 2002 riots during a bandh call made to protest the Godhra train burning incident of February 27, 2002.

Kodnani, who was then a state minister, has already been convicted and sentenced to 28 years in jail in the Naroda Patiya case in which 97 people were massacred.