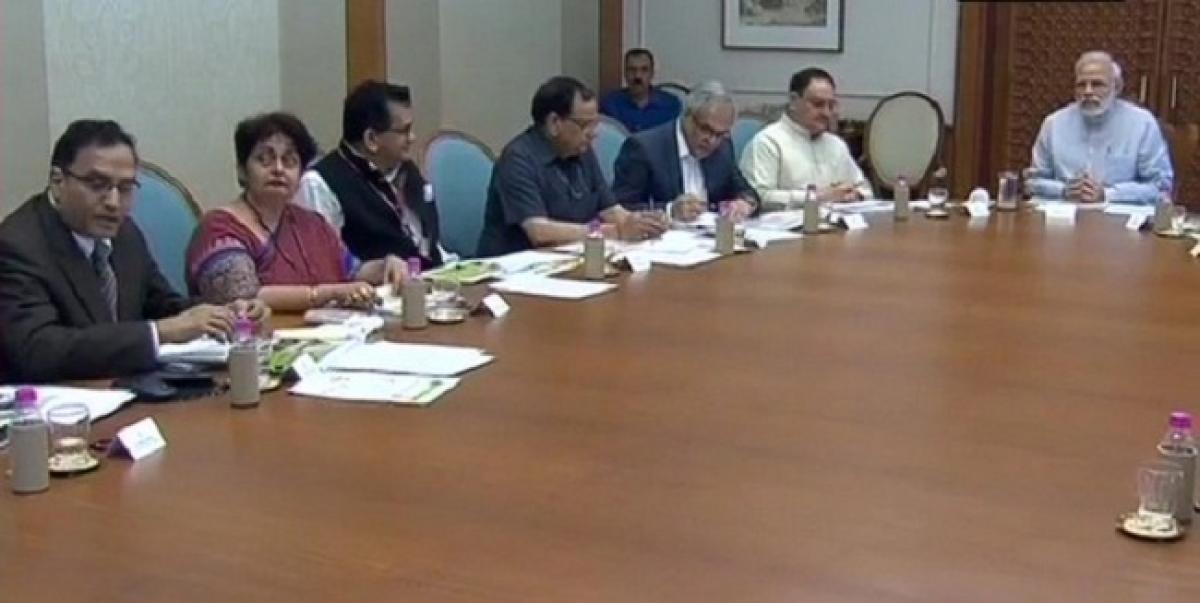 New Delhi: Prime Minister Narendra Modi on Saturday reviewed the preparations in place ahead of the launch of the health assurance programme under the Ayushman Bharat- National Health Protection Mission (AB-NHPM).

In a meeting chaired earlier in the day, Prime Minister Modi was briefed by top officials of the Ministry of Health and Family Welfare, NITI Aayog and Prime Minister's Office (PMO) on various aspects including the preparations in states, and development of the technological infrastructure associated with the scheme.

The scheme will provide health assurance cover of up to Rs 5 lakh per family, and is targeted to cover over 10 crore poor and vulnerable families, said an official statement.

It is in line with Prime Minister Modi's vision of providing maximum benefit to the poor and marginalised sections of society.

In April, Prime Minister Modi, on the occasion of Ambedkar Jayanti, had inaugurated the first 'Health and Wellness Centre' under Ayushman Bharat, in Chhattisgarh's Bijapur district.