Rahul challenges PM on waiving off farmers' loan in K'taka 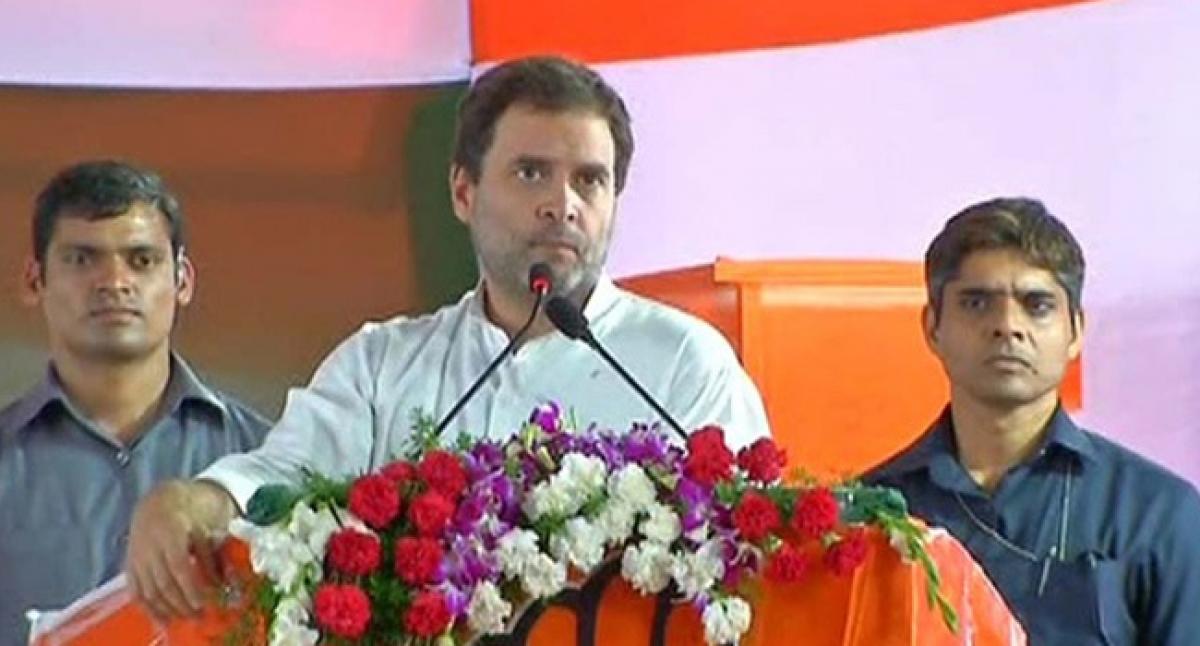 Bidar Karnataka In run up to the 2019 Lok Sabha elections, Congress President Rahul Gandhi on Monday dared Prime Minister Narendra Modi that if he...

Bidar (Karnataka) : In run up to the 2019 Lok Sabha elections, Congress President Rahul Gandhi on Monday dared Prime Minister Narendra Modi that if he really cared about farmers then the Centre should provide 50 per cent of the farm loan waived off in Karnataka by the JD(S)-Congress coalition government in the state last month.

Taking a swipe at Prime Minister Modi over his "56-inch chest" remark made at the election rallies during 2014 polls, Gandhi said, "I challenge Prime Minister Modi from this stage. Karnataka government waived off loans of farmers. I challenge you (Centre) to provide 50 per cent of the farm loan waived off in Karnataka. If you have 56-inch chest, I dare you to do this. But you won't do this."

Addressing a public rally at the Nehru Stadium here, Gandhi accused Prime Minister Modi of having failed to fulfill the promises made during the 2014 elections. He said, "We fulfilled all the promises we made during election campaigns. We had said that the Congress party will waive loans of farmers once we came in power in Karnataka and we did it."

Continuing his tirade against the Prime Minister over unemployment issue in the nation, he claimed that the high profile controversial Rafale deal had snatched away job opportunities from Indians as the plane would be manufactured abroad.

However, following Gandhi's accusation on Rafale deal during the debate on no-confidence motion in the Lok Sabha on July 20, France had clarified that there was a 2008 security agreement between the two countries in this regard that legally binds the two nations to protect classified information.

Gandhi scion, however, has remained defiant. Earlier when media asked him on the denial by France, he had said, "Let them deny if they want. He (French President) had said that before me. I was there, Congress leader Anand Sharma and the ex-Prime Minister were also there."

Concluding his speech today, Gandhi asserted that Prime Minister Modi has failed on every front, starting from providing two crore jobs, Rs 15 lakh in every bank account to safety of women in the country.