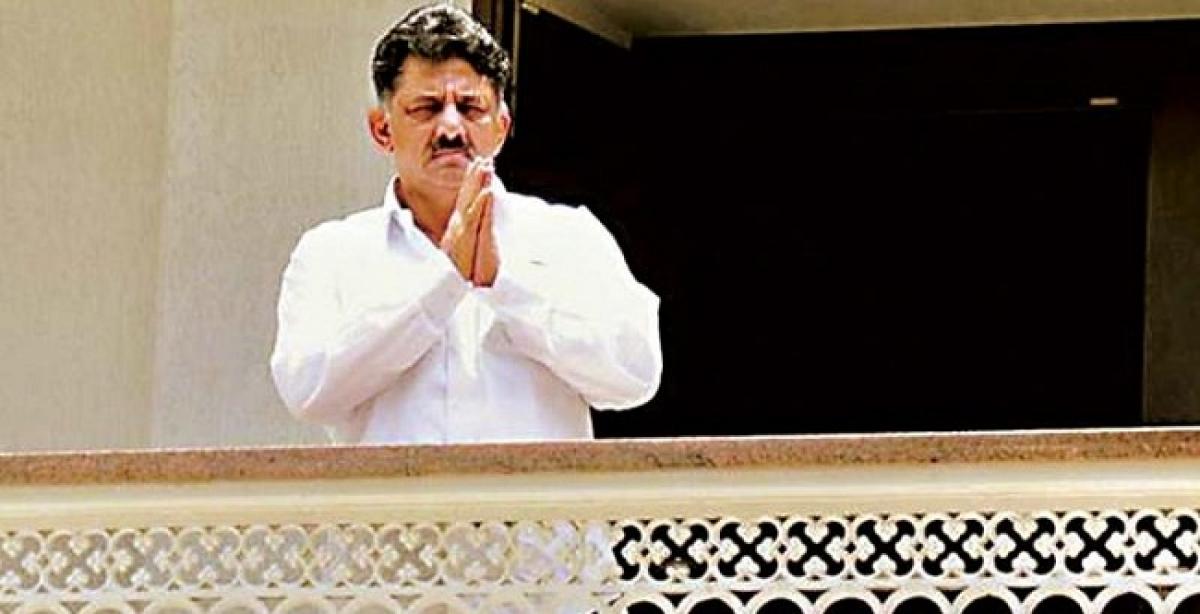 The Enforcement Directorate ED has registered a money laundering case against Karnataka minister D K Shivakumar and few others on the basis of an alleged tax evasion and hawala transactions case, officials said

New Delhi: The Enforcement Directorate (ED) has registered a money laundering case against Karnataka minister D K Shivakumar and few others on the basis of an alleged tax evasion and hawala transactions case, officials said.

The agency has booked Shivakumar, Haumanthaiah, an employee at Karnataka Bhavan in New Delhi, and others under the Prevention of Money Laundering Act (PMLA), they said.

The case has been filed based on a charge sheet (prosecution complaint) filed by the Income Tax Department against him early this year before a special court in Bengaluru on charges of alleged tax evasion and hawala transactions worth crores. The agency is expected to summon the accused soon for recording their statements.

The IT Department has accused Shivakumar and his associate S K Sharma of transporting huge amount of unaccounted cash on a regular basis through 'hawala' channels with help of three other accused.

"As per facts and analysis of evidences, it is clear that accused number 1 (Shivakumar) has set up an extensive network of persons and premises across Delhi and Bengaluru in order to transport and utilise unaccounted cash," the department had said.

Other accused are Sachin Narayan, Anjaneya Hanumanthaiah and N Rajendra, it said. According to the tax department, Narayan is a business partner of Shivakumar and Sharma is the proprietor of Sharma Transports, which runs a fleet of luxury and passenger buses and provides transport services to various concerns and individuals on rental basis.

Haumanthaiah is an employee at Karnataka Bhavan in New Delhi, allegedly responsible for storing and handling unaccounted cash of Shivakumar in Delhi, it had said in the complaint.

Rajendra is a caretaker of Karnataka Bhavan and works for Sharma, besides looking after immovable properties of Shivakumar and Sharma, it said.

The IT department had alleged that all five accused conspired to evade tax.

"The analysis of evidences shows that the Minister has set up an extensive network of persons and premises across Delhi and Bangalore in order to transport and utilise unaccounted cash," it alleged.

He was allegedly involved in organised tax evasion as part of conspiracy by engaging others, the department said. Unaccounted cash of approximately Rs 20 crore was found and seized during raids in New Delhi and Bengaluru last August which were directly relatable to Shivakumar, it had said. Shivakumar has alleged that the IT department was targeting him and not letting him breathe but he would fight the case legally.

A special court had given Shivakumar a conditional bail in this case sometime back and the next date of hearing is September 20.

Shivakumar was instrumental in ensuring the safe stay of Gujarat Congress legislators in a Karnataka resort during Rajya Sabha polls last year amid allegations that the BJP was trying to poach them.