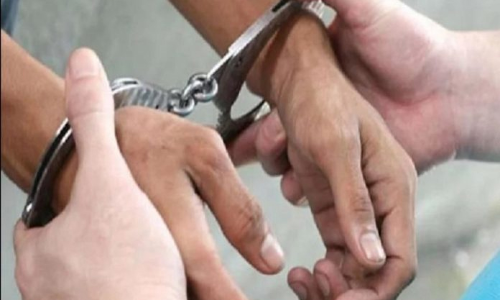 The Delhi Police have arrested the driver and conductor of a private bus who allegedly used to rob passengers, officials said on Saturday

New Delhi: The Delhi Police have arrested the driver and conductor of a private bus who allegedly used to rob passengers, officials said on Saturday.

According to Deputy Commissioner of Police (Southeast) Chinmoy Biswal, seven people filed a case with a Delhi Police team at Sarai Kale Khan bus stand on March 8 alleging that the driver and the conductor took away their cash.

“The victims told police that they all had reached Anand Vihar Railway Station by train on March 8 and after that, they boarded a private bus for Najafgarh. When the bus reached Yamuna Bridge, the conductor of the bus closed the rear door of the bus and threatened all the passengers with a stick and looted their money.

After looting them, the accused persons asked them to de-board the bus near Sarai Kale Khan Flyover,” the DCP said.

A case was registered and the accused were apprehended within two hours from Anand Vihar ISBT, Biswal said.

The bus used to run between Anand Vihar Inter-State Bus Terminal (ISBT) and Noida. The bus has been seized and Rs 4,000 was seized from the accused, the DCP added.