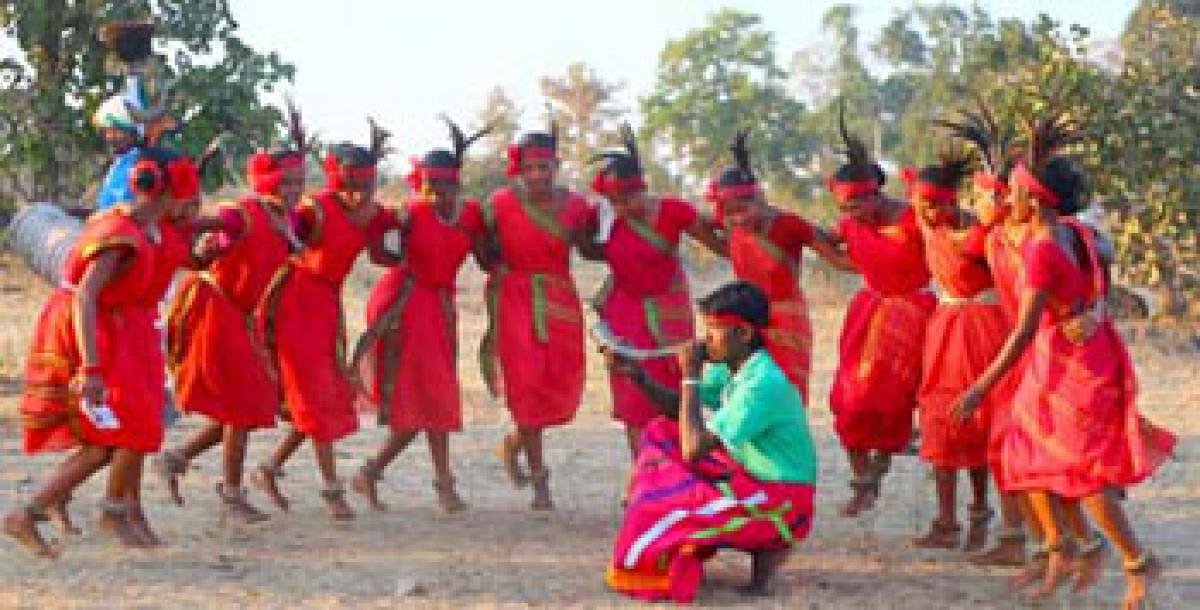 It is surprising that the Telangana government is moving relentlessly to push tribal areas into a serious crisis, instead of working towards bringing peace and building trust among the most deprived sections, who constitute hardly one tenth (9.34%) of the state’s population.

Telangana government has now set the stage to dispossess thousands of adivasis from Kawal Tiger Reserve (KTR) and Amrabad Tiger Reserve (ATR) areas of Telangana by issuing the GO 214 for their relocation. The current moves of the government are not only a violation of the law but also a breach of trust since the TRS came to power promising that it stands by the aspirations of the adivasis

It is surprising that the Telangana government is moving relentlessly to push tribal areas into a serious crisis, instead of working towards bringing peace and building trust among the most deprived sections, who constitute hardly one tenth (9.34%) of the state’s population.

The Telangana government has now set the stage to dispossess thousands of adivasis from Kawal Tiger Reserve (KTR) and Amrabad Tiger Reserve (ATR) areas of Telangana by issuing GO 214 for relocation of people. The Chenchus who are a Particularly Vulnerable Tribal Group in Mahabubnagar district and Kolams in Adilabad districts, besides Gonds and Naikpods are now threatened with eviction without settling their rights.

The order of the government violates Section 4(5) of Forest Rights Act which ensures that adivasis shall not be evicted or removed from forests till the recognition and verification procedure is complete. The government issued this GO last month appointing a State Level Monitoring Committee and District Level Implementation Committee for relocation of villagers from the core area (Critical Tiger Habitat) of both KTR in Adilabad district and ATR in Mahabubnagar district of this newest State.

The GO is also legally questionable and untenable in the eye of Wild Life Protection Act 1972 (WLPA) as amended in 2006 under which these Tiger Reserves were notified earlier. The Kawal Tiger Reserve was notified in 2012 in a core area of 892.23 sq.km and a buffer zone of 1,123.21sq.km. Amrabad Tiger Reserve was carved out from Nagarjuna Sagar-Srisailam Tiger Reserve after the bifurcation of Andhra Pradesh State and is spread over core 2,166 sq.km and 445 sq.km buffer areas in Mahabubnagar district.

The WLPA requires the core or critical tiger habitat to be inviolate – free from human habitation and use. Buffer or peripheral to critical tiger habitat requires lesser degree of protection promoting coexistence between wildlife and human activity under the Section 38 V of the WLPA. However, the GO directs relocation of villagers from KTR and AMR without any differentiation. In fact the tiger reserves should be notified in consultation with an expert committee in the case of core areas and in consultation with Gram Sabhas also in the case of buffer zones. Gram Sabha is as notified under the provisions of Panchayats Extension to Scheduled Area Act, 1998, and Rules made thereunder in 2011 in the Scheduled Areas of Adilabad district.

The resettlement package ensuring ‘secure livelihood’ and not mere compensation, has to be approved by the affected Gram Sabhas. Even in the case of voluntary or involuntary relocation of villagers, the government should scrupulously follow the provision 38 V of the WLPA Amendment 2006 in protecting the rights of adivasis and other forest dwellers inviolate areas. The procedure contemplated under the WLPA was not followed for the notification of these Tiger Reserves; neither were their rights recognised under the Forest Rights Act.

Moreover, both the government and the Gram Sabhas should have agreed that there are no possible ways to coexist with tigers in the area, which then is to be demarcated as the Critical Tiger Habitat. This conclusion must also be corroborated by independent ecological and social experts. In the case of KTR, it is aimed to create conducive environment for transient big cats from the borders of Maharashtra without any analysis of viable population of tigers.

Thus, relocation of villagers is not essential and cohabitation of animals and people is possible in both the core or buffer areas. The State is under legal obligation to see the rights of adivasis are not adversely affected while creating inviolate areas. Issuing of GO 214 deems that people are willing to move voluntarily under the revised centrally sponsored scheme of Project Tiger. In such cases, the government should come up with advisories for complying with the provisions of both Amended Wild Life Protection Act and Forest Rights Recognition RA 2006.

But the government without complying the provisions under both these Acts issued this GO paving the way for relocation of adivasis from the KTR and ATR areas. The habitat rights of Kolams and Chenchus should be determined under the Forest Rights Act besides community forest rights and individual forest land claims in the proposed relocation areas.

The current moves of Telangana government to relocate the adivasis in Mahbubnagar and Adilabad districts are not only violation of the law but also breach of trust since the Telangana Rashtra Samithi came to power promising that it stands by the aspirations of the adivasis. The government should take steps for withdrawal of the GO and look for other alternatives without disturbing the adivasi hinterland.