If Pakistan has Enemies, it is not Invincible 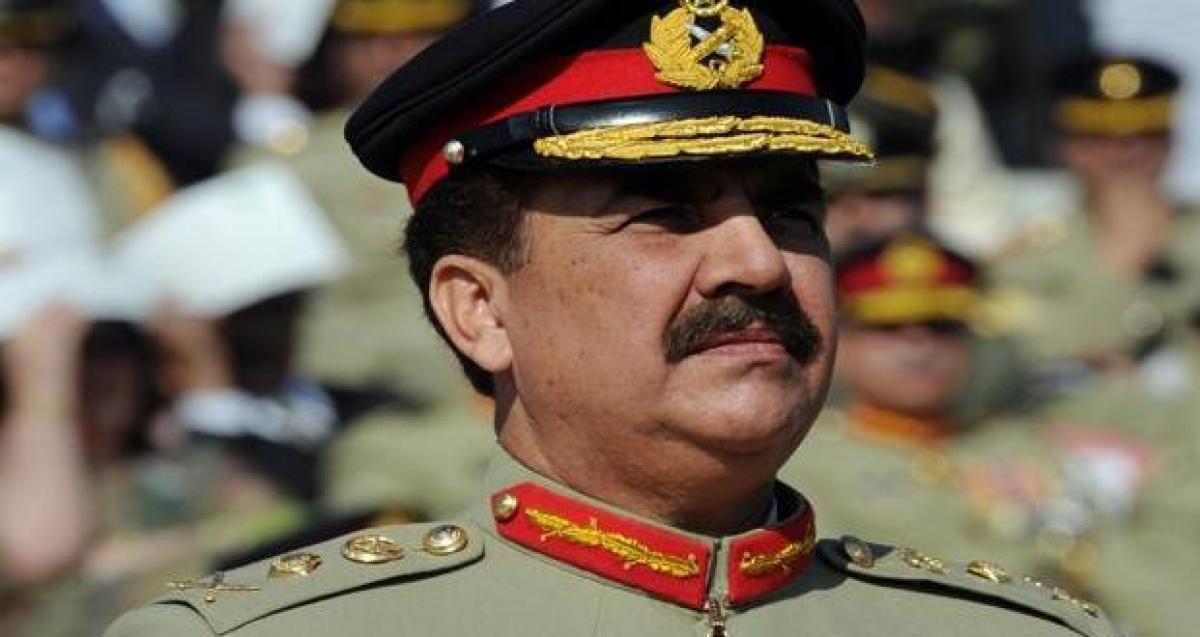 Pakistani Army Chief General Raheel Sharif has proclaimed that: “I want to make clear to all enemies that the defense of Pakistan is invincible.” [General Raheel Sharif Full Speech On Pakistan Defense Day - 6th September 2016]Obtaining invincibility is a laudable goal. Throughout time, scientists have applied new technologies to achieve it, and as history shows, with no success.

Obtaining invincibility is a laudable goal. Throughout time, scientists have applied new technologies to achieve it, and as history shows, with no success. Adversaries inevitably devise methods to counter any defense system, and no doubt they could do the same in Pakistan, as well as in any other territory. As demonstrated by numerous terrorist attacks not only in Pakistan but worldwide, conventional approaches cannot provide an effective defense against sudden acts of violence, or remove suicide terrorists willing to die for their cause.

This weakness refers to all current approaches, with no exception. However, if General Raheel Sharif seeks it, there is a solution to achieve true unquestioned invincibility for Pakistan. The method comes from the fields of social science and quantum unified field theory -- not from conventional approaches utilizing weaponry, and not from the field of politics.

Recently a full-page announcement in the International New York Times showcased this scientifically validated, nonviolent means of defense known in military circles as Invincible Defense Technology (IDT). Extensive scientific research indicates that this approach, if properly applied, can prevent terrorism and conflict and can create peace in society. This announcement, together with follow-up interviews in The Huffington Post and on HuffPost Live TV, worldwide drew more than 13,000 supportive letters and responses.

The Lahore Times recently published an article which included two online videos from DLFTV documenting military-related IDT applications in Ukraine and the United States. The IDT field-tested approach is already part of the training of Brazil's Elite Police force, and has been field-tested by other militaries. It has been validated by 23 peer-reviewed studies carried out in the Middle East, Africa, Southeast Asia, and Latin America. Independent scientists and scholars endorse it, based on its track record and the 25 years of ongoing research confirming its effectiveness.

Although other militaries are adopting this approach, unfortunately no concrete action has yet been taken by Pakistani leaders. Obviously, current anti-terrorism approaches are not working and may actually inspire even more terrorism. Here is a way to prevent terrorism by deploying a simple, proven, advanced human resource-based military technology, with minimal costs and training needed to implement it. For most countries it would cost less than one modern fighter jet. How does it work and how is it applied?

As a specially trained military unit, an "IDT Prevention Wing of the Military" uses IDT to neutralize the buildup of stress in the national collective consciousness that ultimately fuels terrorism, war and crime. As collective stress and frustration subside, government leaders and citizens alike are more capable of finding orderly and constructive solutions to the issues that have separated them for generations.

Experience with IDT in highly stressed areas of the globe have demonstrated increased economic incentives and growth of prosperity. Individual creativity and entrepreneurship increase as well. With greater civic calm, citizens' aspirations rise and a more productive and balanced society emerges. Such a society naturally disallows violence as a means for change, or as an expression of discontent. With this, the ground for terrorism is eliminated. Moreover, this positive change in social trends takes place within a few days or weeks after IDT is introduced. The changes are measurable from such statistics as reduced terrorism, crime rates, accidents, hospital admissions, infant mortality, etc.

The IDT warrior's daily routine includes the non-religious practice of the Transcendental Meditation technique and its advanced TM-Sidhi program. Military personnel, functioning as a societal coherence-creating military unit, practice these techniques together in a group twice a day, seven days a week, preferably near the targeted population in a secure location. Their presence need not be disclosed to achieve the effect of conflict resolution and violence reduction.

Such coherence-creating groups have achieved positive benefits to society, as shown experimentally, in just 48 hours. Modern statistical methods demonstrate a consistent causal influence of the IDT group on reducing conflict - an effect that precludes chance or coincidence. The IDT approach has been used during wartime, resulting in reduction of fighting, reduced war deaths and casualties, and improved progress toward resolving the conflict through peaceful means. Its coherence-creating effect has also been documented on a global scale in a study published in the Journal of Offender Rehabilitation. When large assemblies of civilian IDT experts gathered during the years 1983-1985, terrorism-related casualties decreased 72%, international conflict decreased 32%, and overall violence was reduced in nations without intrusion by other governments.

A civilian IDT group in Israel decreased the intensity of war in Lebanon in 1983 in a dramatic way in 48 hours, to name only one of 50 successful demonstrations. (See a summary of the study, published in the Journal of Conflict Resolution and summaries of follow-up studies in the Journal of Social Behavior and Personality and the Journal of Scientific Exploration). There have been multiple successes with groups of school children in Latin America trained in these advanced techniques, so that IDT is not limited solely to military applications. The important point to consider is that to offer continual protection, the meditations must be conducted on a continual basis, regardless of school breaks, vacations, and other interruptions.

IDT is totally unlike any other defense technology in that it does not use violence in an attempt to quell violence. Not only is this a more civilized approach, but also the IDT defense technology supersedes all other known defense technologies (which are based on electronic, chemical, and/or nuclear forces). Therefore, militaries that deploy it gain the ultimate strategic advantage. And it has the added advantage of being extremely cost-effective, requiring minimal time and training to utilize.

If General Raheel Sharif establishes Prevention Wings of the Military, they will ease the current high tensions, reverse centuries of mistrust and hatred, and permanently prevent future unrest. These IDT units will create genuine and lasting reconciliation and friendship where there was once only hatred and conflict. The powerful IDT human-resource-based defense technology disallows negative trends and prevents enemies from arising. No enemies means no terrorism and real invincibility for Pakistan, as well as normal, happy, productive lives for everyone.

By eliminating terrorism and ending decades-old cycles of violence, IDT units will create lasting peace and prosperity. Their powerful demonstration of this nonviolent peace technology will gain worldwide attention. They will be honored and respected as great warriors who served honorably in their militaries for the betterment of all humanity.

Extensive scientific research objectively shows that this approach works. Recent events show that it is desperately needed. There is truly no other solution.