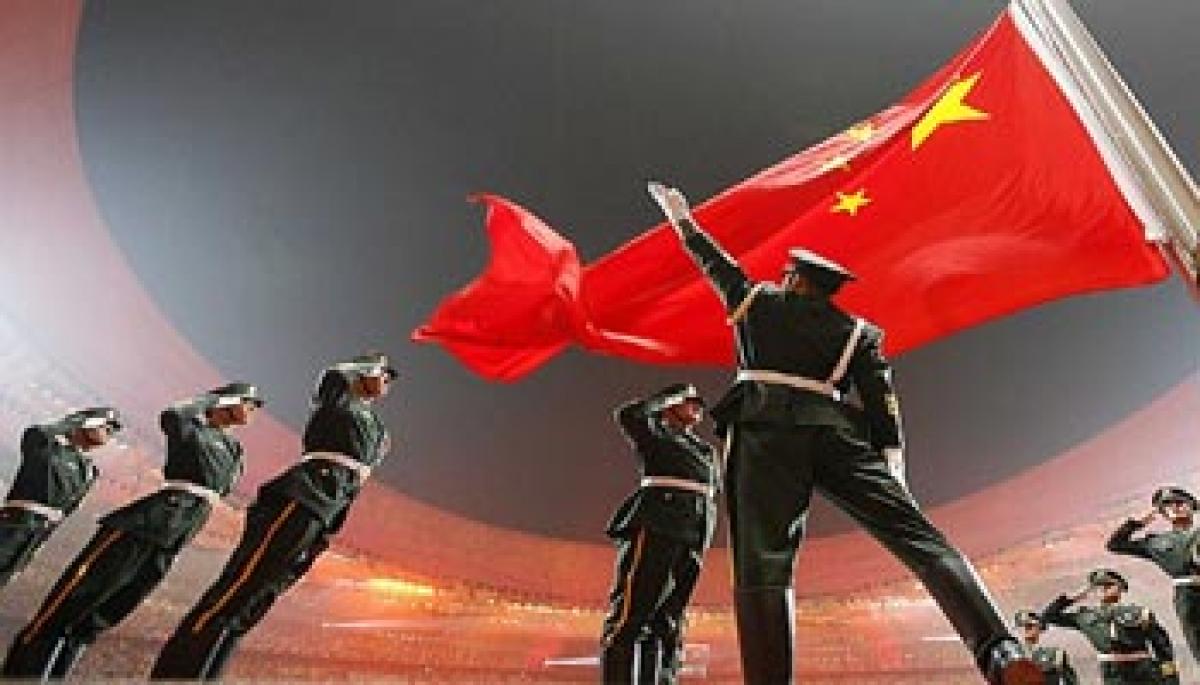 After years of inconsistent and irrelevant responses to the Chinese diktats, the Indian government made a bold statement here on Tuesday when the Union Minister of State for Home Affairs, Kiren Rijiju, warned China against any interference in Indian affairs over Dalai Lama\'s visit to Arunachal.

After years of inconsistent and irrelevant responses to the Chinese diktats, the Indian government made a bold statement here on Tuesday when the Union Minister of State for Home Affairs, Kiren Rijiju, warned China against any interference in Indian affairs over Dalai Lama's visit to Arunachal.

The Chinese government had gone ahead this time to warn India that it would not be business as usual if Dalai Lama was entertained by the Arunachal government. China's arm-twisting methods are not new. We have seen in the past how Mongolia was forced into submission over Dalai Lama's visit, thanks to its friend, India, leaving it in a lurch.

Remember Prime Minister Narendra Modi's visit to Mongolia? A country caught in between Russia and China and greatly indebted to both for their investments, Mongolia made an unforeseen move by embracing India with Modi visiting the country and offering it a credit line of $ 1 billion and also assuring it of support in various areas including helping it in import.

As long as Russians and Chinese were competing in wooing Mongolia, the latter had a whale of a time and was basking in their attention. But with the two giants coming together in its neighbourhood, China began playing a more domineering role as usual – its old game of extending help first, continuing to assist next, begin controlling next.

This was Modi's game-plan to visit Mongolia to teach, perhaps, a lesson to China for trying to meddle in India's neighbourhood. Mongolia was under the impression that India would stand by it at the time of crisis vis-a-vis China.

Dalai Lama visited Mongolia a year after Modi, provoking an economic blockade by China which paralysed Mongolia's economy completely. When Mongolia sought India's safety net, none was forthcoming forcing it to apologise to China and survive.

Perhaps, China got further emboldened with India's meekness and is interfering in the Indian neighbourhood against Indian interests. India should remember that China could never be its friend given its ambitions and designs.

Remember Tajikistan had to concede one per cent of its territory to China as debt service for having agreed to its investments in the country. In fact, Russia was a much bigger investor in Tajik than China. With the Chinese economic incursion into the country, Russia was slowly relegated to a corner. Chinese direct investments into Tajikistan in 2015 came to $273 million — 58 per cent of the overall total. Russia’s direct investment dropped to a total of $35 million in 2015, down to a proportion of 7.4 per cent from 30 per cent in 2010.

Still half of Tajikistan’s $2 billion in external debt at that period was owed to Russia. However, Russia never insisted on transfer of land in lieu of its investments, but the Chinese did. The potential consequences of Tajikistan’s growing economic reliance on China came into sharper focus in 2011, when Dushanbe agreed to hand over around 1 per cent of its territory to Beijing in exchange for having some of its debts written off.
Almost similar is the plight of Turkmenistan's grappling with the debt burden of China.

China has already got enforced its rules here to muscle down all opposition to its investments and repayment conditions. China today is in a position to dictate Turkmenistan's laws completely. Similar are the fears in Pakistan over the One Belt One Road (OBOR) proposal with which China was allowed to invest over $45 billion on the China Pakistan Economic Corridor (CPEC).

It has also forced Pakistan to declare Gilgit-Baltistan as its own district rather than as occupied areas as India began objecting to the investments. There is no guarantee that Pakistan would not surrender the land to China if it is unable to repay the mounting debts, having been cleverly sucked into the quick sands of Chinese help.

Now China, as is well known, is exerting pressure on India through various means to join the OBOR scheme, fearing the latter's moves on PoK region. Dalai Lama issue only comes handy to it to mount pressure on India now. There is every possibility of China being more vocal on Arunachal Pradesh now to coerce India into joining the OBOR initiative to silence it on PoK.

Informed Pakistanis including journalists are already expressing their apprehensions over the Chinese intentions on the CPEC issue. Will Pakistan be ever able to repay the debt having fallen into Tajik-Turkmenistan like situation? This question is primarily making rounds in Pakistan. A section of its law-makers too have warned Pakistan against the trouble-potential for the country in future due to Chinese aggression.

Several Pakistanis are also raising the issue of Sri Lanka where a couple of investments went wrong and Sri Lanka paid a hefty penalty by offering land swap along with operational control of the port in lieu of the debt it could not service. Gwadar port itself is no different in Pakistan and the exclusivity of the SEZs along the OBOR proposal in Gilgit-Baltistan will only lead to a similar situation.

Also remember that the Chinese have been tilling the grabbed land in Tajikistan since 2012. In 2007, only about 35,000 Chinese were reportedly working in Tajikistan, but in the next three years the number went up to nearly a lakh. Now that India has moved decisively against Chinese "national interests" as the country is bound to treat the latest Dalai's visit, it better be prepared to encounter more bitterness from its rival and more pressure from it to join the OBOR initiative.

The Modi government seems to have concluded that aggression but not submission is the best option to deal with China. Hope it continues to stick to it as it won't take long for even Pakistan to realise that the Dragon embrace is really deadly.