Tribal schools in Utnoor on verge of closure 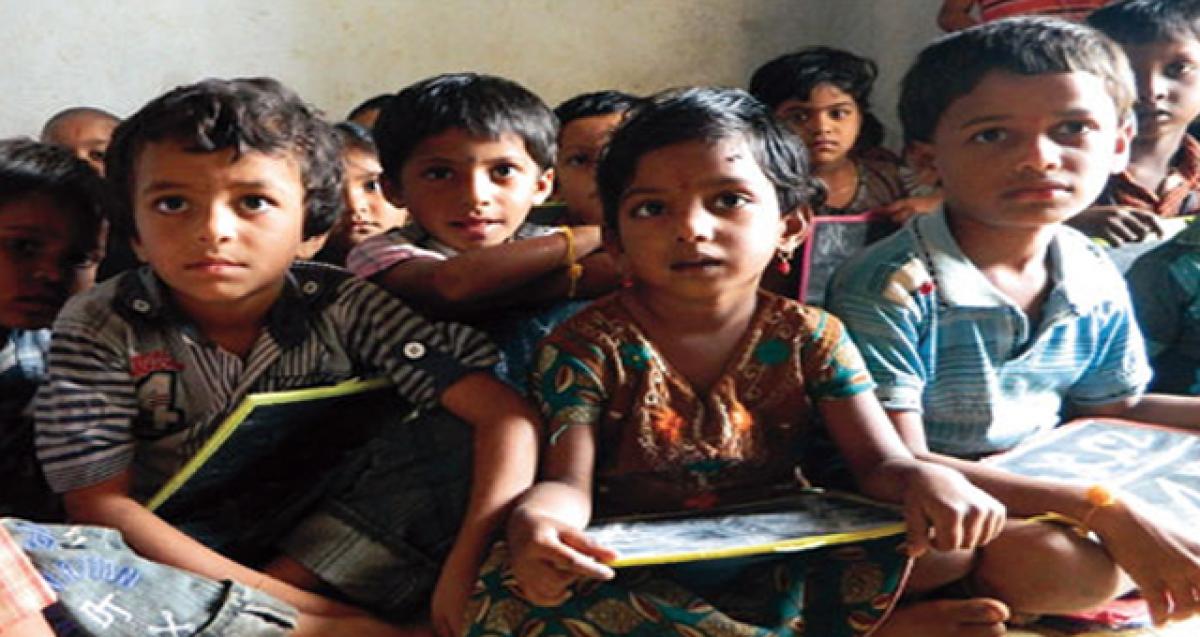 Their teacher strength is 1,194 (as against the desired ratio of 1:19).Lack of supervision over the functioning of schools has been attributed to the post of the Agency education officer lying vacant.

The Tribal Welfare Department, after conducting a survey, has identified that there are additional 200 teachers in the primary schools because of the imbalance in the teacher-student ratio. As many as 18,000 students are studying in 905 girijan institutions under the control of the ITDA.

Their teacher strength is 1,194 (as against the desired ratio of 1:19).Lack of supervision over the functioning of schools has been attributed to the post of the Agency education officer lying vacant.

No effort has been made to either shift/transfer/adjust the additional teachers. Many teachers in primary schools are found to be not following the time schedule, absenting themselves and unable to offer quality education. This is forcing the parents and students to show interest in joining private schools, leading to a fall in the student strength in the department schools every year.

At the same time, the number of students seeking admission in private institutions is going up by hundreds. This is rendering the buildings which were constructed by spending crores of Rupees useless. Also, despite the department paying salaries to teachers, girijans have lost faith in the schools run by the Tribal Welfare Department.

Girijan leaders like Jaiwanth Rao, Prabhakar and Ravinder while speaking to The Hans India here on Tuesday, lamented that the tribal schools, which ought to expose the tribal community students to the teach traditional culture to the community, were being closed for various reasons. They blame lack of proper official supervision for this malady.

They point out that the in-charge agency education officer has so far not bothered to inspect the schools to know their status. The leaders stress that if the department wants to strengthen the tribal education, it must focus attention on strengthening the primary schools.