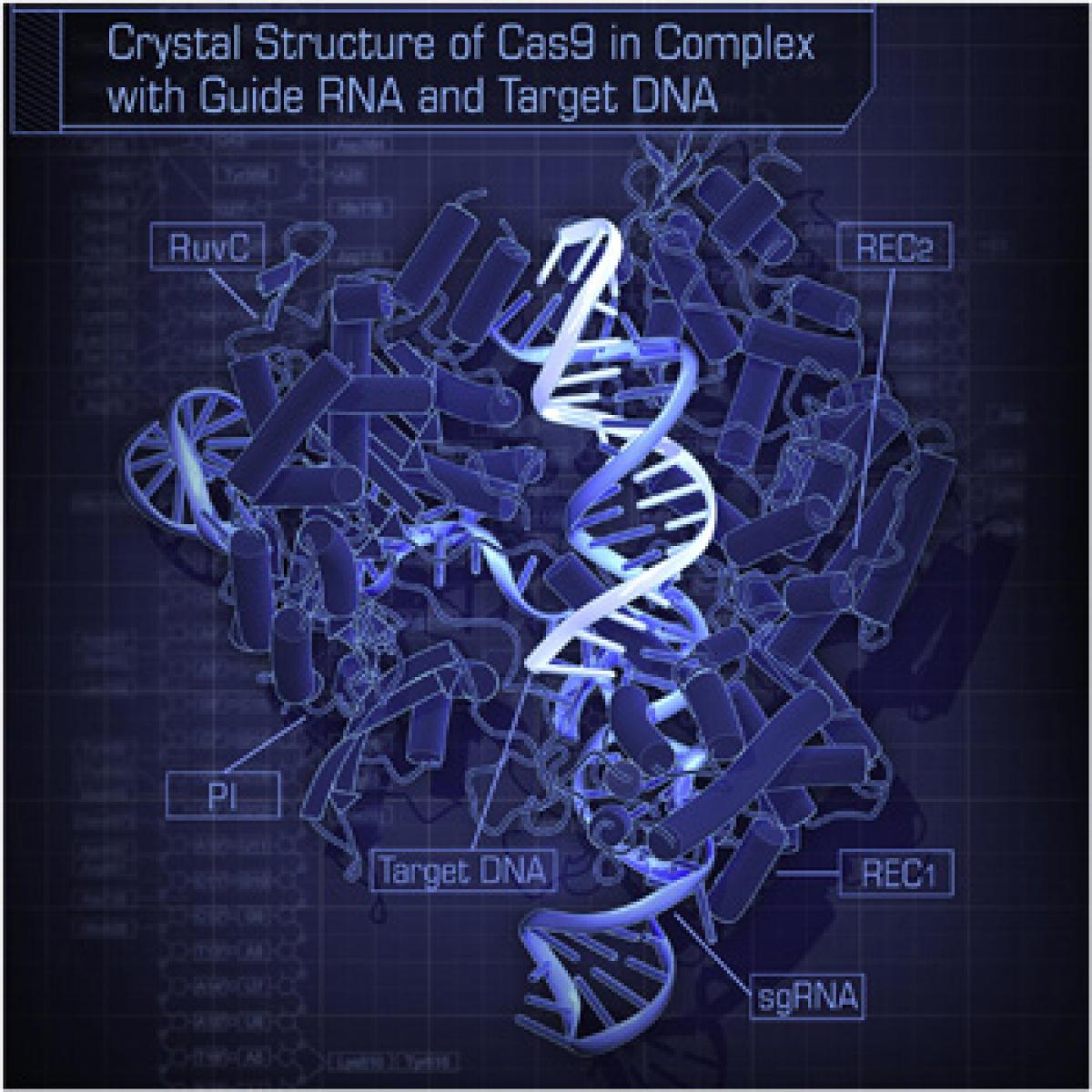 A three-year-old technology of gene editing called CRISPR is now the focus of two major disputes. The disputes are: who (or which team) will get the...

A three-year-old technology of gene editing called CRISPR is now the focus of two major disputes. The disputes are: who (or which team) will get the Nobel prize for this discovery; and the other, the patent rights over the technology coming out of this discovery. One is the holy grail of science; not the discovery itself, but the public accolade that goes with it. The other is, of course, the billions of dollars that the patent holders will earn from the monopoly of this technology.

CRISPR is the short form of a mouthful – Clustered regularly-interspaced short palindromic repeats – segments in the DNA that are a part of the ancient immune system of microbes against virus infections. The CRISPR/Cas9 gene editing technique is based on the knowledge of this system and has allowed scientists and technologists to develop what Sarah Zhang of Wired calls a pair of molecular scissors for precision cutting of DNA.

This allows for the possibility of fighting disease, repairing defective genes in our bodies, producing food in a warmer planet, as well as designer babies, and all the dangers of science gone amok. We have really opened the Pandora's box in genetic engineering, as we did a century ago in physics. With Einstein's simple equation of E=MC2 that not only created a deeper understanding of the world around us, but also the singular evil of the nuclear bomb.

Understanding nature and power over nature are unfortunately a part of a dialectical unity. The force for the good and the evil in science cannot be separated as good science, which we will promote, and bad science, which we will ban. The CRISPR story is not only about new knowledge and the technology that comes as a consequence of it, but also how science and technology works in today's world.

The deeper question in all this is of course, should science be about who crossed an arbitrary winning post first? Or should such deep scientific discoveries, funded mostly with public money, be privatised by the institutions or the discoverers to create new biotechnology monopolies? What happens to the farmers who could be in dire needs of new seeds? What about poor parents whose only hope is a new technology that is way beyond their means? And what happens to the poorer countries, whose people will have no means to access these products?

CRISPR/Cas9 is based on a quarter century of work in a field that was not recognised to be in the front line of research. A Spanish researcher – Francisco Mojica – in 1993 observed repeat sequences in the DNA of microbes. He postulated that this was a part of the immune response of the microbe to virus infections. His paper, as of others in this area, who came to this conclusions independently, were initially rejected by the most prestigious journals.

Only later, these results found acceptance in the scientific community. Between the acceptance that CRISPR had a role in the immune system of the bacteria, and that it could be used as a tool to cut and replace a segment of DNA, there was a gap. It required a deeper understanding of how the microbial immune system worked. This understanding was based on the research that the segments that were being cut were actually viral sequences, the microbe could use the CRISPR system to repair its own DNA sequence.

From this, the short step that can we use CRISPR/Cas9 to cut DNA and replace it with DNA sequences we want. The race for Nobel and patents hinges on the question, who dun it first!In any scientific discovery of note, there are parallel research and converging lines of work. Very rarely – except in Hollywood – do we have completely independent science being done by a lone researcher in a remote laboratory. Science is more and more a collective effort, requiring teams, expensive technology platforms and tools, and knowledge of what others are doing.

CRISPR has been very similar, with a host of researchers working on this problem in different labs around the world. Some of this work has been done in the US, the EU, Japan and in Korea. It is the sum of this knowledge that produced the breakthrough of bringing about an effective tool for gene editing.

The fight is now between two groups of scientists for the Nobel and patent rights – the team of Jennifer Doudna in Berkley and Charpentier now in Max Planck Institute, and the other led by Feng Zhang, in Broad Institute partnering with MIT. Though Doudna and Charpentier filed for patents earlier, it was Feng Zhang of Broad Institute, who has secured the first patent on CRISPR/Cas9.

The Nobel battle is also vitiated by the Nobel stipulation that only 3 people can be awarded the Nobel. This makes the task for the Nobel committee much more difficult, as there are many more players who have made significant breakthroughs before Doudna, Charpentier or Zhang. The battle over who should get the credit for such epochal discoveries, is also linked to what gets known, what gets published first. The papers of the Spanish researcher Mojica was not published, while some others were.

The scientific world of publishing and peer reviews is deeply skewed in favour of the old boy's club, and in which laboratory you are doing your science. It is the network of connections you have that determines what gets published as the worthy research. Not only did the Spanish researcher have problems publishing his work, so did two Lithuanian scientists Giedrius Gasiunas and Virginijus Siksnys, whose paper was submitted earlier but published later than a similar paper by Martin Jinek in Switzerland.

Why is CRISPR such a major breakthrough? Have we not been doing genetic engineering earlier? The answer lies in the way we did genetic engineering and what we can do with CRISPR. Earlier technologies were akin to shot gun methods, by which we blasted the required DNA sequence into the target cell. The DNA sequence did get implanted, but not in the exact position that we wanted.

In gene therapy, it “cured” the patients of the defective gene, but led to cancers after some time, as the implanted DNA sequence was in the wrong place. What CRISPR allows is to cut the defective gene sequence out and replace it with the desired sequence in exactly the same place. This means a major reduction in the unintended consequence of genetic engineering.

Of course, tinkering with nature will have consequences. People in labs or companies may propose genetic engineering, which are either spurious or downright dangerous. So how does societies avoid such dangers? The larger question that we as society have, is how do we address technologies that have enormous potential as well as enormous dangers?

CRISPR has changed the landscape of the genetic engineering debate. It has held out enormous benefits as well as high risks. Those who are in favour of banning genetic engineering completely will lose the battle. It is impossible to tell people that we will not cure them of disease even if we have means to do so. The banning of stem cell research by anti-abortion movements in the US, has not been able to stop the development of genetic engineering using stem cells.

Finally, those arguing that market knows best, here is the final proof that it does not. A technology that is dangerous, could lead to enormous damage in the future that is not apparent now. No market has knowledge about the future, and that is what we are tinkering with, when we talk about biotechnology. To argue that we can let the god of the market decide what is best for us, is not just fundamentalist, but moronic. It is allowing our good sense and intelligence being Trumped. The same way it is happening in the climate change debate.