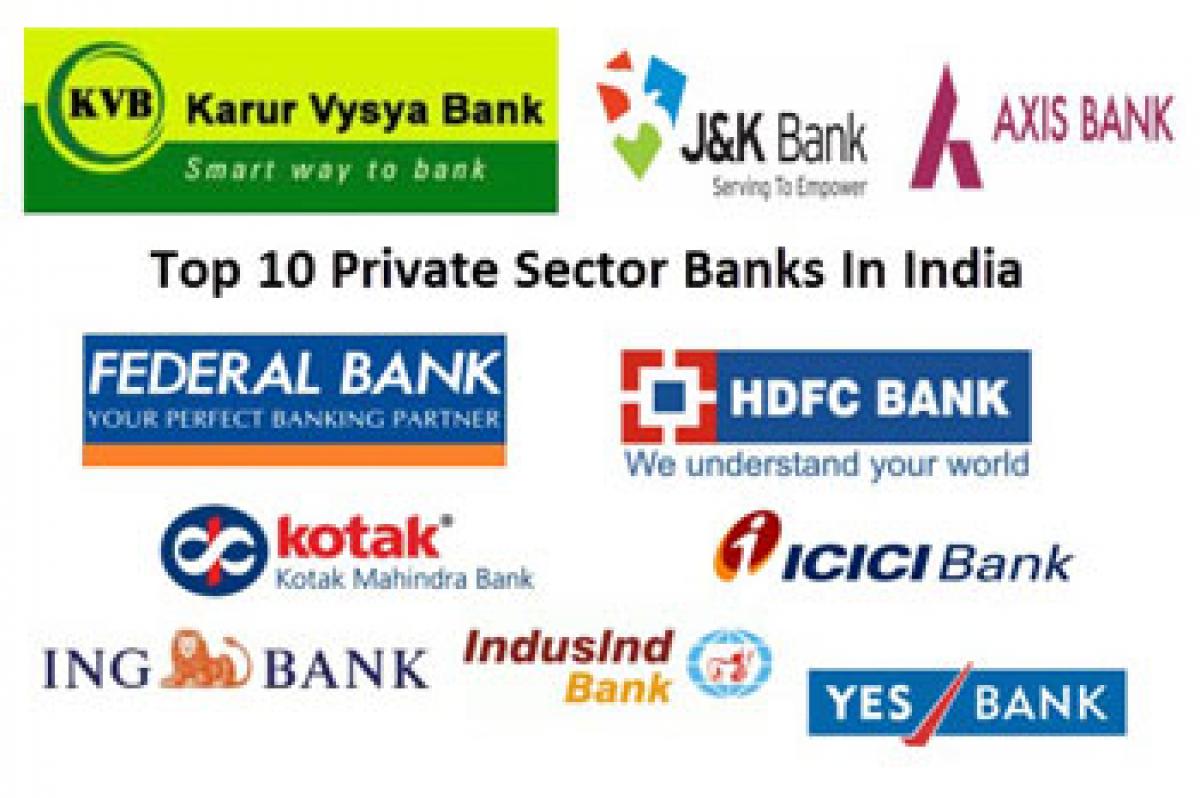 The bad loan situation is getting worse. The myth of better performance of the so-called private banks is busting. Now worms in the private banks are crawling out.

Economic Highlights
The bad loan situation is getting worse. The myth of better performance of the so-called private banks is busting. Now worms in the private banks are crawling out. They have increased their non-performing assets (NPA) by 39 per cent to Rs 1.16 lakh crore a large sum considering they operate in a narrow band. This has happened in nine months, April-December 2015. Total outstanding loans by private sector banks stood at Rs 14.3 lakh crore, 20.8 per cent one-fifth of their total credit!

The rating firm ICRA says that private banks have been giving more loans. It has increased three times faster at 18.3 per cent. They possibly took the strictness that public sector banks (PSB) of late have started adopting and are sanctioning far less loans than earlier. The PSBs saw a credit growth of 6.2 per cent till September 2015.

The operations of the private and PSBs are not much different. Their exposure too is of the same level. It is said that during 2009-14, they were equally subjected to political dictates. This apart the nature of clientele or exposure to loans is similar. They are extending loans to infrastructure, steel and power. Many companies who have bad debt with PSBs have also said to have taken loans from the private banks. This has affected profits of many banks.

The ICICI has the lowest of 4 per cent, while the profit of Axis Bank is stated to be the lowest in 11 years. Apparently, the private banks lost more in their spree to capture the market of PSBs. Poor economic situation has definitely created problems for all these banks. But that is not the only reason for rising bad debt.

The process is making the job of the RBI difficult. It is not the regulator only for the PSBs but for the entire banking sector. Any deviation from the normal calls for its intervention. The job of RBI does not stop at making the monetary policy, but ensuring its success is equally its responsibility. The policy cannot succeed if the banks themselves, the basic lubricant for the economy, are in turmoil.

It is also true that the turbulence started in 2009, when the Central government raised the limits of discretionary sanctioning power of chairmen of banks from Rs 100 crore to Rs 400 crore. This apart it tweaked rules for appointing Board of directors. The chartered accountant member’s position in the Board was removed. Besides, as the limit itself was raised loan application could be cleared by the chairman without approval of the Board. This unilateral change done in the name of easing loan procedure has created enormous threat to the banking sector.

Earlier, it was believed that such tweaking of rules has only hit the PSBs. But now it is being realised that it has hit the entire banking sector. The rules made credit easy virtually without a scrutiny. The chairmen and other bank staff acted arbitrarily. They gave loans without collateral or assessing the capacity to repay. The banks now are in a quandary as to how to recover the huge sums they have virtually doled out. The bank officials forgot that the money did not belong to them. They were no kings to have offered largesse.

The loans now well known were diverted to fund other causes. A probe today can even reveal whether the money was used for illegal purposes and laundering or not. The situation is more dangerous than it appears to be and calls for a detailed probe. The banks or the government cannot restrict itself to mere recovery procedures. Banking rules prohibit any diversion. But it is no secret that most of the 100 large creditors had diverted the funds.

The worst were the real estate companies. They not only diverted to supposedly illicit activities but even “invested” such funds in so-called television channels. They virtually made a mockery of freedom of speech. Most such television or other media companies also folded up in no time creating another crisis in the media world.

The ramifications of bad debt are wider than can be perceived. Detailed investigation into each of the unpaid portfolio is required. It calls for a probe to see how it not only has hit the economy but also has created threat perceptions for national security. It was public money. The banks are custodians of the money depositors’ park with them. The banks are known to have diverted fund prior to independence and some even a few years later. Erratic behaviour now is once again virtually bringing those memories back.

Conversely few realise that whosoever changed the rules has virtually been playing with fire. It has not only emptied bank coffers but denuded of their reserves. Today it is causing severe problem for the entire economy as credit has become difficult. Finance Minister Arun Jaitley has not only to get back each of the pie lent out but also should order a probe to find out where almost Rs 5 lakh crore, termed as bad debt, found its way.

In 1993-94 NPA was a mere Rs 4705 cr. It rose to about Rs 1.4 lakh crore in 2009 and then went up phenomenally. The Supreme Court has made a note and ruled that bank officials, even those of private banks, are public servants and can be prosecuted under anti-corruption laws in February 2016. This should be a deterrent.
--- INFA