Too many detractors for Swiss Challenge method 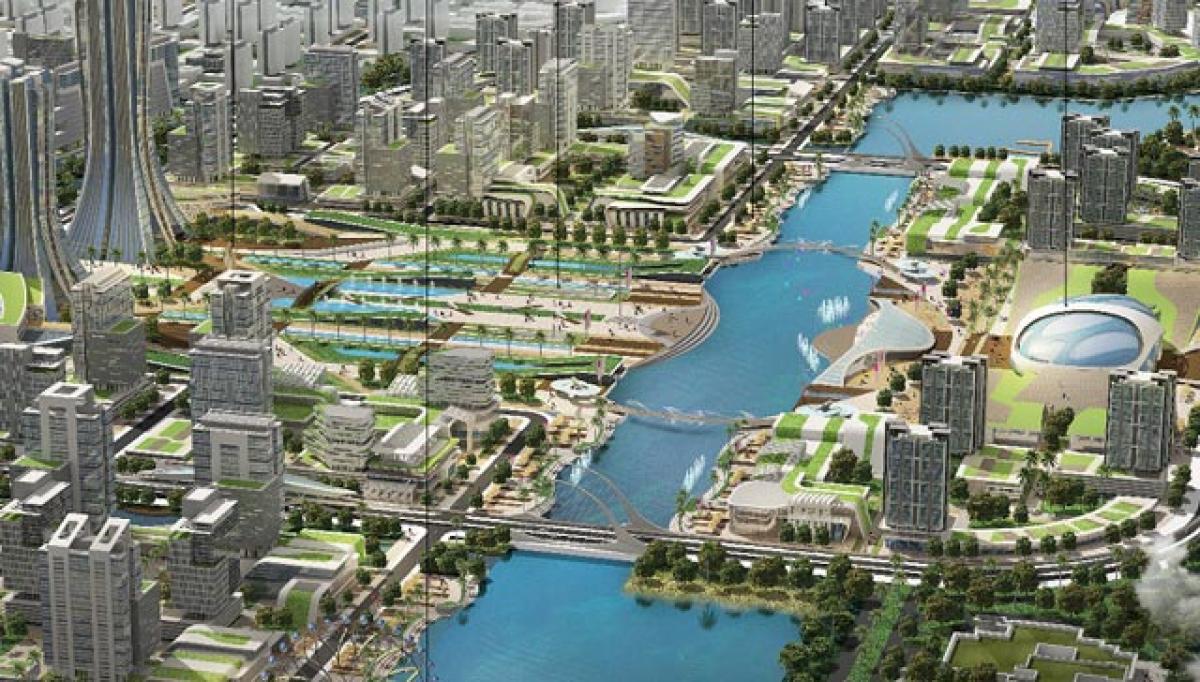 The gap between BJP and the TDP seems to be widening by the day. While important leaders of both parties on Sunday clashed with each other on the...

The gap between BJP and the TDP seems to be widening by the day. While important leaders of both parties on Sunday clashed with each other on the issue of relocating temples as part of widening of roads in Vijayawada, earlier they strongly differed with the government on the issue of Swiss Challenge method adopted by the Government of Andhra Pradesh for construction of the capital city.

The issue of relocation of temples being an emotive issue, Chief Minister N Chandrababu Naidu had to constitute a five member committee of ministers to probe into the matter. As far as the Swiss Challenge method is concerned, the TDP ministers including the MAUD Minister Narayana and others feel that there was nothing wrong in it and in fact they are not the only ones who had adopted it.

The Central government, Madhya Pradesh government, Karnataka, Rajasthan, Madhya Pradesh, Bihar, Punjab and Gujarat for roads and housing projects had adopted the same method. Even the Supreme Court had approved this method in 2009. Now even the neighbouring state Telangana was going in for the Swiss Challenge method.

TDP feels that since the government wants to create a world class capital city it had opted for the this particular method and claims that AP is not the only state which is adopting this system, other opposition parties including leaders from the ruling party’s ally the BJP says that personally they are opposed to it but being part of the government they are keeping silent.

The Swiss Challenge is a form of public procurement in some which requires a public authority (usually an agency of government) which has received an unsolicited bid for a public project (such as a port, road or railway) or services to be provided to government, to publish the bid and invite third parties to match or exceed it. It is a new bidding process that helps the private sector initiative in the core sector projects.

Under this system, the original proponent makes an offer to the government saying that his offer was best in terms of cost effectiveness as well as time. However, it allows third parties to make a better offer for a project during the designated period. In case of Andhra Pradesh the designated period is 45 days. If the government gets any better proposal, the original proponent gets the right to counter match any superior offers given by the third party.

Under the Swiss Challenge method the government may purchase Intellectual Property rights from the proponent or award the project through a competitive bidding process in no bidder has a predefined advantage.

Those who are opposing claim that it would put the local contractors in a disadvantageous position as it would not be possible for them to come up with a better offer within the designated period (45 days) since they are complex projects and only the original proponents who know the ‘nitty gritty’ would be in a position to come up with a perfect plan.

Time constraints on counter proposals give an obvious competitive advantage to the original project proponent. The proponent has already spent much time and effort preparing the project and thus is much more familiar with its characteristics. By contrast, a challenger may have little time to prepare a counterproposal.

Many potential challengers may be unwilling to compete without sufficient time to prepare and the local contractors would at the most become sub contractors for executing some of the works, according to those who oppose it.

Defending the Swiss Challenge method, Nara Lokesh says that the the YSRCP and those who are opposing it were making much ado about nothing. If it was not advantageous the Central government would not have decided to take up modernisation of 400 stations across country under this method.

The officials too claim that there was no need to have apprehensions about this method. While a lot of debate needs to take place on the subject, the various explanations given by those who are supporting it need to be pondered over carefully. The claims of proponents of this method are that any person with credentials can submit a proposal to the government.

The proposal will be uploaded online and the competitor can give suggestions to improve it. Later, an expert committee will scrutinise and approve the best proposal and the original proponent can improve it or beat that proposal. In case the original proposer is not able to match the more attractive and competing counter proposal, the project will be awarded to the counter-proposal.

Officials further explain that certainty of success under this methodology is ensured as at least one willing private partner is available right from the beginning. The project proponent does a detailed feasibility & financial analysis of a project resulting in better project structuring. The initial structuring by the project proponent brings in efficiency and better understanding of financial implication resulting in development of economically sustainable model and hence it is certainly better that the Private Public Partnership method.

But it would be better if the issue is debated at length and may be the government should call the top leaders of various parties and hold a sort of a round table where it can be discussed threadbare. However, the political parties too should mature enough into a state where they should focus on the real issue rather than convert it into another Assembly session.