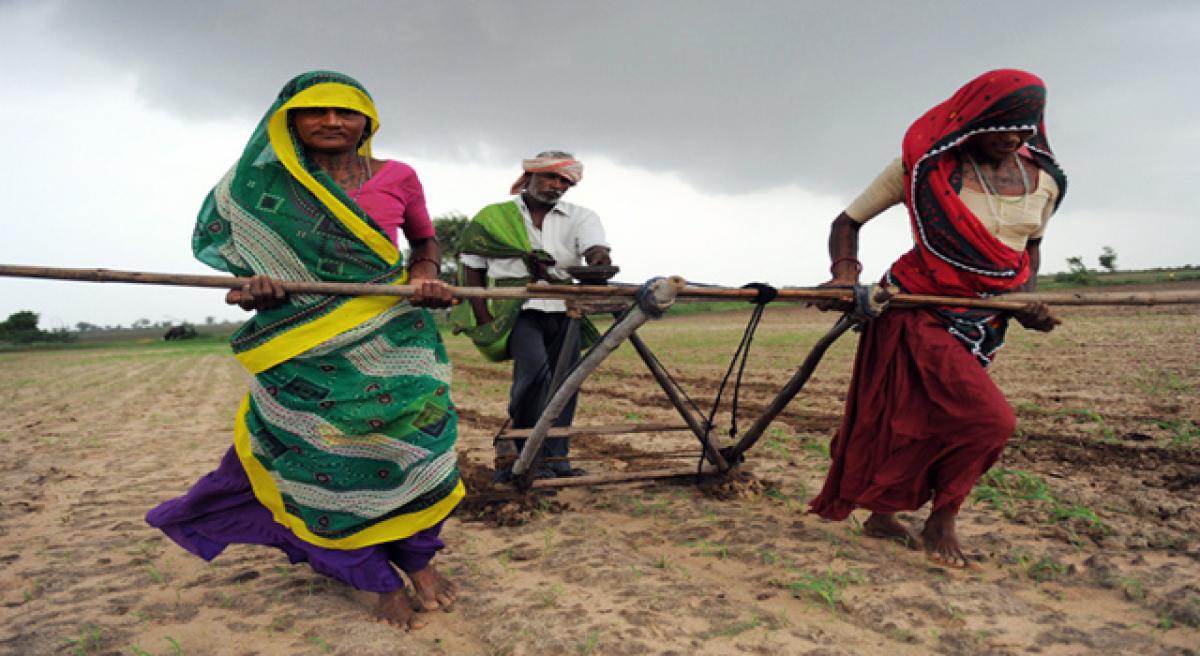 India has the capacity to be a $ 5 trillion economy from today’s $ 2 trillion. Undoubtedly, Finance Minister Arun Jaitley is right. But we need to...

India has the capacity to be a $ 5 trillion economy from today’s $ 2 trillion. Undoubtedly, Finance Minister Arun Jaitley is right. But we need to change course. Certainly, economic reform is a confusing word. It now means increasing disparity and moving the government away from the people’s problem. Indeed, various epithets which describe reform might speak of the reality yet it does not suggest a cohesive path.

This is reflected in the not so good farm growth, notwithstanding the GDP hovering between 7.6 and 7.9 per cent. It also does not state that jobs are growing, else firms hiring IIT and IIM graduates would either not “bench” them, cancel their appointments or renegotiate (reduce) the offered wages.

Needless to say, despite the whopping Rs 52,000 crore farm loan waiver before the 2009 polls, nothing has improved. Moreover, the farm families have an average debt of Rs 47,000. Bluntly, a testimony to not only failure of waivers but also of the small sums farmers have to look for loans.

Remember, the British rulers were stunned to find that multi-crop Indian agriculture was the foundation for a happy prospering country. Decades of neglect, some started by the British themselves, is playing havoc with the farm sector. As a result, it hits all others sectors and increases discontent in society

This is not all. The complexity of the problem is increasing wherein the governments and policy planners are looking for ways to deal with this. Many short-cuts like odd-even road rationing are just not an administrative problem but it reflects the psyche of the deprived.

Compounding this, there is envy between those who are “little” haves and those that do not have the “little” also. The Jats or Patels clamour for government jobs’ reservation and consequent violence are signs of this restlessness.

Besides the earlier “haves” who are now slipping to be have-nots are in severe social and economic stress. Questionably, why are those who had earlier refused reservation now demanding it? This reflects that there is a difference between statistical growth and happiness.

Importantly, the State is unable to address these issues. And they are obviously not mere law and order problems. Clearly, the country has to go deeper and our leaders need to sink political differences and keep the society in a cohesive state as that is the first step towards real progress.

India has to come out of the mere “growth” syndrome as it is perhaps, only helping one section of the populace who are becoming monopolists and trying to be owners of all aspects of society.

True, it looks good to have a few powerful rich people but it does not solve the problems of the countryside, of the deprived, semi-clad, hungry teeming millions, no matter they are contributing to the progress of the poor and possibly have more to lose. Arguably, if the economy improves, one cannot understand why 80 crore farmers and related people (about 54 per cent of the population) live in abysmal conditions?

Shockingly, the latest National Sample Survey (NSSO) data on farm debt is an eye opener. It underscores that of 9.02 crore farmers families, 52 per cent were in debt in 2013, while ten years earlier, in 2003 they accounted for 48.6 per cent.

Needless to say, despite the whopping Rs 52,000 crore farm loan waiver before the 2009 polls, nothing has improved. Moreover, the farm families have an average debt of Rs 47,000. Bluntly, a testimony to not only failure of waivers but also of the small sums farmers have to look for loans.

Remember, the British rulers were stunned to find that multi-crop Indian agriculture was the foundation for a happy prospering country. Decades of neglect, some started by the British themselves, is playing havoc with the farm sector.

As a result, it hits all others sectors and increases discontent in society. Obviously, it is no coincidence that the Jats, Patels or others OBCs in Maharashtra, Andhra Pradesh, Telengana and Karnataka are from the farming communities.

Pertinently, this calls for a paradigm shift as Prime Minister Modi has ignited aspirations. As his regime is open to discussion, more suggestions are coming. Further, the massive mandate for him is the mandate to engineer the necessary change. Add to this, with years of misguided rule, the path to progress has become too complex. But the Government cannot abandon the decades’ long path all of a sudden even as it looks for a new path and method. This is a challenge.

Especially against the backdrop of the country’s economic pattern being one of cooperation by all social groups offering different skills. Still such social groups or caste-based skills are not passé wherein integrating such skills with the new Skill India will not be easy.

However, the government has to look for avenues for integrating them. It needs to go beyond the bureaucratic registration process to make most of Modi’s Make in India to Stand-up India a success. Look at the dichotomy. Although many people do not want to register, yet they want the benefit but do not want to be socially seen as seekers of favours. Thus, it is a difficult social process given if they do not come forward, they lose and in the process the entire nation, its society, economy and even political set-up become losers.

Therefore, there should be a policy discussion on how social groups which were strong pillars of India’s socio-economic structure can be rejuvenated, that too, without creating new problems or divisions. In short, the government has to include the existing skills with the new approach, something that was trying to be attempted through the set-ups like master craftsmen. Also, the 35 per cent rise in KVIC is an indicator that village workers can contribute.

The farm sector grew by 2.3 per cent from a year ago compared with a 1.0 per cent contraction in the December quarter. With good rain forecast, after two successive years of drought, farm sector output should improve in the coming months and lift depressed demand in the countryside where two thirds of Indians live, writes Reuters.

In sum, the country has to look for ways to bring down prices and strengthen the rupee as a stronger currency is a must for a growth which has to be all encompassing. Given that high prices and taxes are the bane of the economy. India’s new economy in the long run cannot be inflationary, discriminatory and exploitative. It should give support to the needy but avoid proffering doles.

We need an open economy with few rules, paper work and virtually setting up a path to fast decision making. Unmistakably, it is not necessary to expand to a $ 5 trillion economy or more but we need to include all in that process. That is what an Indian pines for.