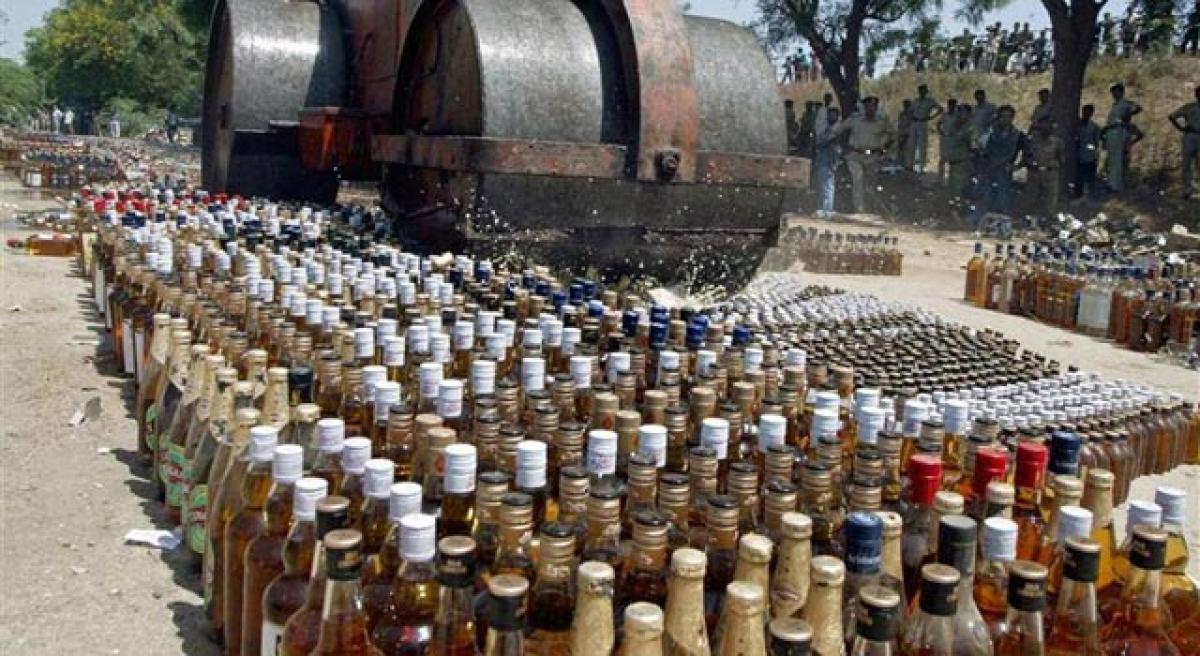 Bihar has recently prohibited the sale of alcohol. Alcohol is basically harmful for the health of the people. It subdues the mind. Thus, it is said...

Bihar has recently prohibited the sale of alcohol. Alcohol is basically harmful for the health of the people. It subdues the mind. Thus, it is said that an inebriated person does not tell a lie. He does not have control on his mind to be able to tell a lie. The thoughts in his heart come out spontaneously. However, the same lack of control leads to traffic accidents, domestic violence and the likes.

Hinduism, Christianity and Islam all, therefore, discourage the consumption of alcohol. In this background, it is alarming that a study by the Organisation for Economic Cooperation and Development, found that the per capita liquor consumption in India grew at 55 per cent in the two decades ending 2012. Another study by the World Health Organisation found an increase of 38 per cent in the per capita alcohol consumption in India in the last decade.

Various state governments have banned the sale of alcohol to save the people from the negative impacts of drinking. However, prohibition has universally failed in controlling the consumption of alcohol. Prohibition was imposed in the United States in 1920. That led to the development of liquor mafias. The supply of liquor continued—only it went underground. The policy had to be reversed in 1933.

These mafias started looking for other sources of income such as smuggling to make up the loss of income from the illegal sale of liquor. The short term benefits from prohibition, if any, were cancelled by the creation of this mafia which has created a long term problem. Markandeya Katju, former Justice of the Supreme Court says that the policy of prohibition in Bombay gave rise to the Bombay underworld and eventually to the development of figures like Haji Mastan and Karim Lala and later Dawood Ibrahim.

The well-oiled system of ‘haftas’ is the cornerstone of bootlegging, he says. The government has many times made efforts to ban the imports of gold into the country. That led to an increase in smuggling without a reduction in the imports. Ultimately the government had to allow imports legally. These ground realities indicate that it is not possible to ban the consumption by legal means.

The problem is so widespread that law is helpless. I was once travelling standing in a bus from Udaipur to Ahmedabad. I got tired and persuaded a truck driver to take me to my destination. The driver stopped on the way and loaded liquor filled in tire tubes. The large number of deaths due to the consumption of illicit liquor in Gujarat indicates that the supply remains unabated.

They seek this relief in liquor. I was doing some social work in the slums of Bengaluru in the seventies. The breadwinner of one family used to walk miles every day collecting empty tins and bottles. He was tired and distraught by the time he got home. He could not go to sleep and also not go to work the next day unless he took a drink. Banning alcohol deprives such troubled persons of the small relief they get from the consumption of alcohol. By making prohibition we only push them to seek other ways of seeking that same relief.

Thus drug consumption increased in Kerala. Another dimension of the problem is the burden of tax on the people. The government needs to collect taxes. Liquor provides about 20 per cent of the revenue collected by the state governments. The question is whether these taxes will be collected from harmful products like liquor or from beneficial products like clothes.

However, if the consumption of intoxicants only goes underground, then this becomes a cause of double loss. Income of the family continues to be frittered away in the consumption of liquor procured illegally while the people have to also pay more for the purchase of clothes. Successful implementation of prohibition requires a social consensus.

For example, there is consensus in the society that one should not steal. In such case, the people assist the police and the thefts can be somewhat controlled. On the other hand, people believe that they must give money to their daughters in marriage. They often see this as giving share of the daughter in her parent’s wealth.

Thus the people do not assist the police and the evil of dowry is not controlled. The point is that law works only where there is social consensus. There is no consensus on the harmful effects of liquor hence prohibiting the same is seen by people as an intrusion on their personal lives. We must take a lesson here from the Islamic countries. Many have created a social consensus against liquor on religious considerations.

They advise the troubled to seek relief in religion rather than liquor. Liquor though is still often available despite both social consensus and legal prohibition against it. Prohibition in India is doomed because the government is not able to build a social consensus. The government must therefore call a grand conference of the Hindu, Muslim and Christian religious leaders and build a consensus against liquor. Prohibition has half a chance of success after that.