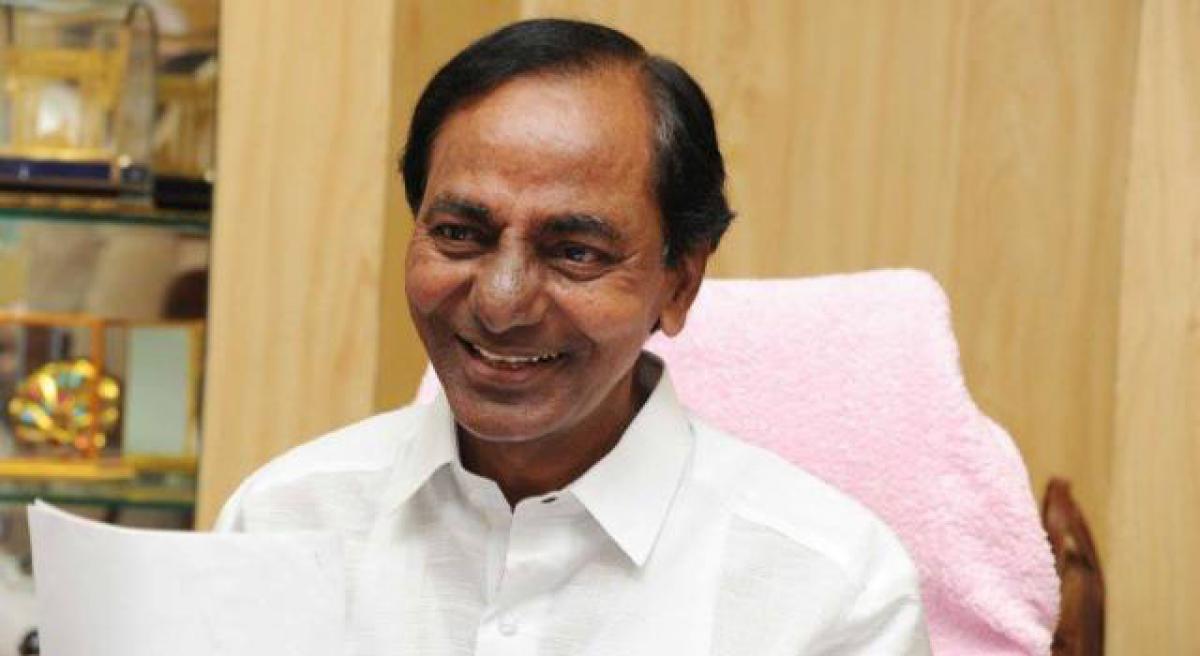 The opposition parties have been criticising the Chief Minister of Telangana, K Chandrashekar Rao, maintaining silence on various issues and have been...

The opposition parties have been criticising the Chief Minister of Telangana, K Chandrashekar Rao, maintaining silence on various issues and have been trying to project that the government is not alive to the problems of the common man. They have also taken up several agitations, whether it be the issue of land acquisition, farmers not getting remunerative prices for crops like chili and cotton or farmer suicides etc. Yet, the government has been maintaining silence. This is what has been troubling the opposition parties.

A close look at the way the opposition has been functioning and its success rate in influencing the people clearly indicates that so far the government continues to have an upper hand. Why is it so? According to political analysts and some opposition leaders, who admitted during informal talks, is that the government has been doling out several schemes at regular intervals and is moving ahead with the slogan that development is its agenda.

The government which felt that it was facing hurdles in implementing the two bedroom housing scheme and completion of irrigation projects and smelled that it could dent its image, in a swift move started coming up with new schemes almost once in six months. Last year it started with blue revolution and distributed fish seed which had been successful to a great extent, and this year it is going to add a new variety Bangaru Teega, which can get the fishermen a higher price, to make the scheme more attractive.

Targeting the Muslim vote bank, it passed the Muslim reservation bill to increase the percentage of reservations from four to 12 per cent. Then it came up with ‘Amma Vodi’ and ‘KCR kits’ for pregnant women. Similarly, in the name of reviving rural economy, it has come up with distribution of sheep free of cost to attract Kuruma and Yadava communities. Soon, it would be launching a scheme for Nayi Brahmins who would get financial help and tools to set up modern salons in rural areas.

As the loan waiver scheme has not elicited the kind of kudos the government expected, it has come up with a scheme to pay Rs 4,000 per acre per crop to the farmer instead of input subsidy from next Kharif. And now the government has announced a separate budget for agriculture.

On the education front, the KCR government is focusing attention on providing better amenities in government schools. Though it cannot be said that a great transformation is perceptible, it is also a fact that one cannot brush aside that some improvement is visible. To top it all, the biggest advantage the ruling party has is that it does not have a strong opposition as in the case of the neighbouring Andhra Pradesh. One may like it or not, the fact remains that YSRCP continues to be a formidable opposition party.

But in the case of Telangana, the attempts made by the opposition parties have not been able to turn the tide against the ruling party. The Congress continues to be a divided house and despite the visit of Rahul Gandhi, there has not been much change. Leaders continue to pull in different directions. Though the party claims that there is silent revolution taking place, the welfare measures being announced by the government at regular intervals seem to be offsetting whatever little advantage they might have gained.

The Telangana unit of TDP is virtually groping in darkness. The party which had a strong leadership has lost its ground. There are no leaders at the constituency level who can revive the party. The national president of the party is unable to devote time to the state unit due to his pre-occupation as the Chief Minister of AP.

The state leaders are swimming against the current. Though the state president L Ramana has succeeded in balancing various groups in the party, the working president, A Revanth Reddy, has been going aggressive and is trying to revive the party but then they are yet to win back the people’s confidence.

The BJP which is also facing lack of unity has not been able to emerge as a strong opposition which could challenge the ruling party. Against the backdrop of this situation, the government, perhaps, felt that it would be better to ignore the opposition attack and focus on doling out new schemes.