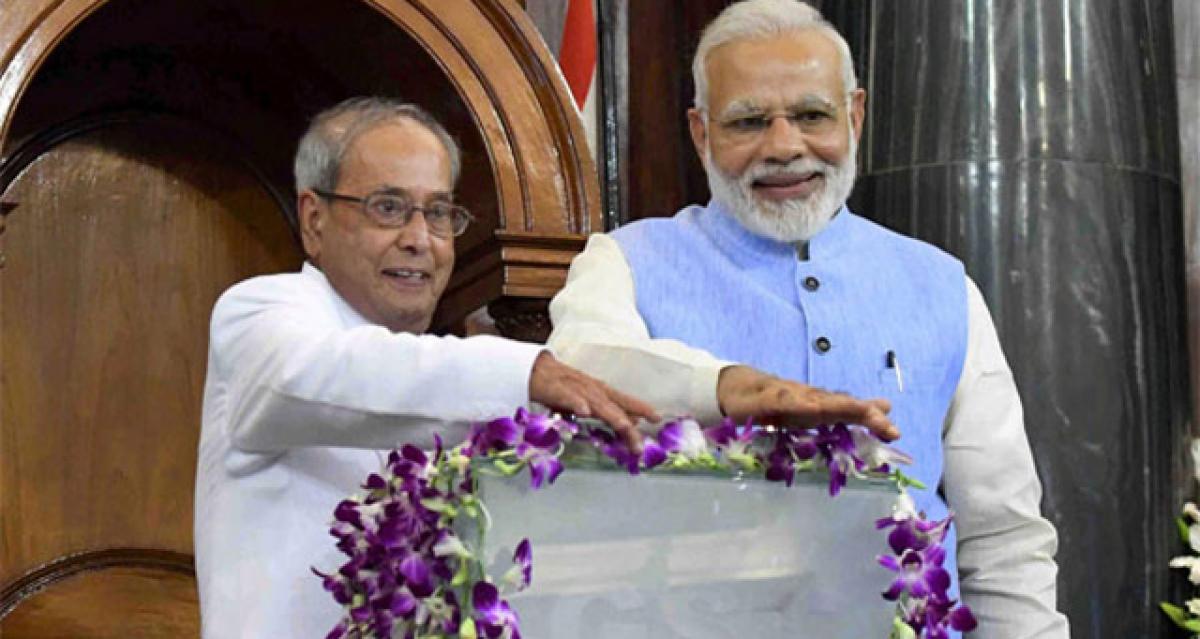 GST will merge the two levies of sales tax and excise duty. Small businesses with an annual turnover of less than 20 will be exempt from registration...

GST will merge the two levies of sales tax and excise duty. Small businesses with an annual turnover of less than 20 will be exempt from registration against the limit of 5 lakhs in most states at present. This will provide relief to small businesses. The payment of services tax such as on electricity will now be set-off against the GST payable. This credit was not available in the previous regime.

Interstate trade will become easy with abolition of the requirement to produce sales tax forms at the borders, and by enabling credit of GST paid in one state against dues payable in another state. These help speed up the economy just as use of branded mobile oil helps increase the speed of the car. The Finance Minister must be congratulated for taking these path breaking measures.

At the same time, the GST regime will impose a transition from paper to e-platform. It will create a huge cost of compliance, especially for the small businesses. For example, the new system requires that the details of numbers, weight and quality of every item sold will be uploaded on the GST portal along with details of the carrier such as the truck registration number on which the material is transported. An e-way bill will be created which has to be carried by the truck.

In total six e-way bills will have to be created. Or an iron fabricator making doors and windows will have to spend half an hour on his mobile phone to upload the details on the GST portal and create an e-way bill. Such complicated paperwork will slow down the economy. Attention of the businessmen will shift from production and sale of goods to ensuring compliance of the GST law.

The purpose of introducing these measures is to prevent tax evasion. However, tax evasion cannot be controlled by stringent regulations imposed from the top. The businesses will always find a way out. For example, the GST regulations have required that the registration number of the vehicle on which the goods are being transported should be mentioned on the invoice and uploaded on the GST portal.

I presume the idea is that the tax official will be able to trap a No 2 consignment since the number of the truck carrying the No 2 consignment would not be uploaded on the GST portal. But businesses can still use the same e-way bill to transport multiple consignments. For example, an e-way bill for supply from Panipat to a business located 120 km away in Delhi will be valid for 3 days.

I think a vehicle can easily make 6 trips on the same e-way bill. Then there is the rampant corruption in the tax administration. We have seen how the well-intentioned step of demonitisation was undone by the connivance of the bank staff which converted old notes into new at a commission. Poor people stood in lines for hours and days to change Rs 4,000 worth of old notes into new.

However, one trader I know was carrying new notes worth Rs 2 lakh only 3 days after demonitisation. The bank manager had provided these for a price. One industrialist told me that presently he pays a share of the excise duty and sales tax evaded to the two officials responsible for collecting these taxes. He said that now it would be necessary for him to give share to only one official responsible for the collection of GST.

The merger of excise duty and sales tax into GST works as a double-edged sword. It simplifies trade and, in the same breath, simplifies evasion. In the end, we may find that No 2 business continues unabated or, worse, it has increased. It will become more profitable for the businessman to evade GST because now he has to bribe only one official instead of two, and it will become more profitable for the GST official to help evade GST because he can demand and get a higher rate of bribe since he alone will have to be paid now.

The benefit of GST in simplifying trade is undisputed. However, the basic problem is that there is no moral pressure on businesses to pay taxes. Businesses generally believe that they have a “natural” right to evade taxes because the tax revenues are used for paying hefty and ever-increasing salaries to the corrupt tax officials.

The flamboyance of the Modi government does not help. Mr. Modi is wearing a suit embroidered with his name in gold threads and approaching the chai-wala to pay GST while Modi’s officials ask the chai-wala to pay hafta. Such a plea simply does not cut ice with the tax payers. The government seeks to kill two birds with one arrow in the introduction of GST. First objective is to make simplification of tax administration as indicated in the merger of sales tax and excise duty and to facilitate interstate trade. This is wholly positive and a welcome step.

The second objective is to rid the economy of No 2 business. The stringent provisions such as of e-way bill are designed to that end. This approach is problematic. There is a saying that locks are meant only for the honest. Thieves are not deterred by them. Similarly, the e-way bills and other stringent regulations embedded in GST will not deter the dishonest. They will, however, kill the honest businesses, especially small businesses.

The economy is already reeling under the negative impact of demonitisation. The growth rate has declined from 7 per cent to 6 per cent because small businesses have been hit, employment is down, and demand in the market is less. The GST regime, if implemented strictly as planned, could bring it down to 5 per cent, if not less. The government must decouple the two objectives. It must first implement simplification of the GST regime. It must think of the implementation of the electronic system later lest the economy sink further. Author was formerly Professor of Economics at IIM Bengaluru