Step in before Udta Hyderabad seeps in 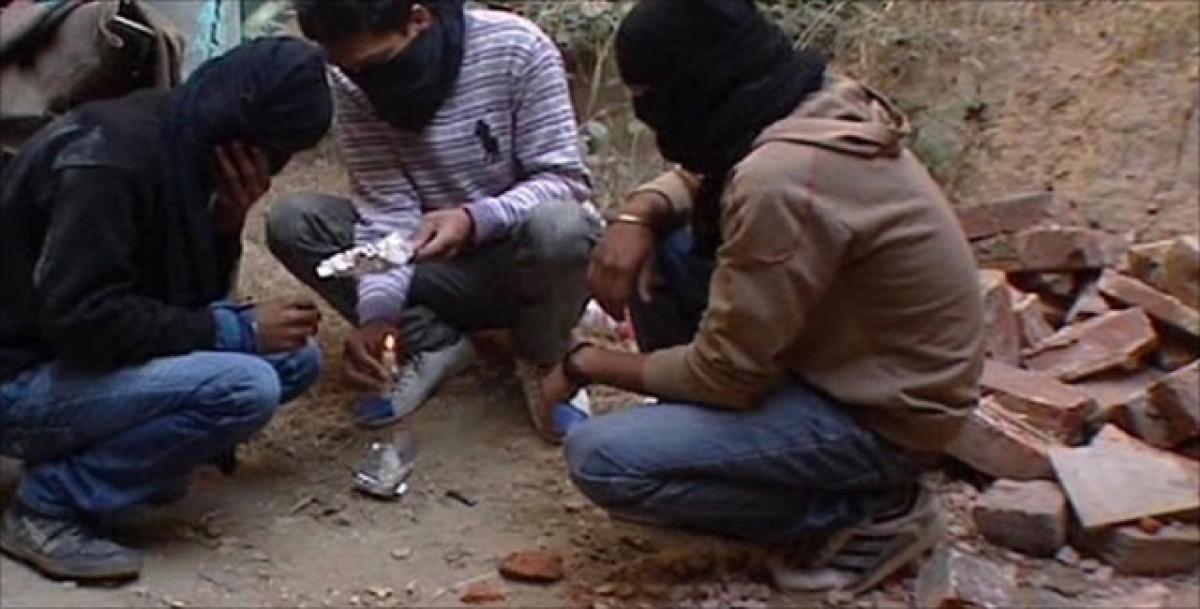 Is Hyderabad close to earning the dubious ‘Udta Punjab’ distinction? If recent developments are pointers, then that tragedy is bound to befall the...

Is Hyderabad close to earning the dubious ‘Udta Punjab’ distinction? If recent developments are pointers, then that tragedy is bound to befall the ‘happening’ city, if it has not already set in, that is. Much like what has been portrayed by Abhishek Chaubey in his controversial crime-thriller, Hyderabad is fast earning notoriety that was unfathomable till the other day.

What’s more pitiable, and painful, is that the by-lanes, thoroughfares and kiosk-laden streets are where this sordid menace is getting unfolded. The nefarious players, who are going for the kill, are minting millions because they, ostensibly, enjoy unrestrained patronisation from godfathers coming from diverse fields, including films and industry.

Take Laad Bazaar, for instance. Being in the vicinity of Charminar, it is foremost in the ‘must shop’ agenda of every visitor, including the tourists, who throng the area even at odd hours. It is now the hotbed for ‘stress-busting’ substances (read that as fatal attractions) like drugs and cocaine, to name just a few, thanks to the well-networked mafia that is hand-in-glove with criminal elements enjoying administrative powers.

One can understand, and sympathise with the people of Punjab, for the manner drug-traffickers could easily penetrate into the State from across the border and prey on the youth. After all, getting enticed by vices, especially those that provide a bigger ‘high’ than an alcohol-driven ‘kick’ is far easy given that the age-group is susceptible and prone to get into the habit, sooner than said.

But, one fails to understand how a city like Hyderabad is emerging as the alternative for smugglers and cartels. More importantly, who paved the way for this insurgence? This goes beyond pointing an accusing finger at the administration as the spurt has been engineered by nefarious and inhuman people, who take a sadistic pleasure in wreaking havoc. These slow-poisons and silent killers are as deadly as any Ak47!

There is no denying that addicts exist in every part of the world and therefore even in the nooks and corners of India. The spread of the malaise is linked to the availability and access to such substances. An addict will work his way to wherever the supplies are available, howsoever, clandestine. Lest one forgets, when Andhra Pradesh was under prohibition, Bidar, given its nearness, was the preferred destination for all those craving for a drink or two!

A general perception is that people in Hyderabad are paying the price for being into stressful jobs in the IT sector and film industry while the younger lot is caught in the academic grip in the name of peer-competition. Adding to this is that most urban families have both parents working in their bid to make ends meet. Left alone, and being away from parental monitoring, is helping the children to break-free and fall into wrong company. Visits to pubs and hookah joints are an off-shoot of this ‘freedom’. Drug addiction is the next ‘graduation’ level.

Taking complete advantage of such a scenario are the street-smart peddlers and suppliers, who are resorting to myriad platforms, including social media, to ‘inform’ about the availability. The situation has reached such disgraceful a stage that when a student has dope and attends class, the teacher will not be able to detect the fraud committed in front of his eyes.

The problem is so complex that the police alone cannot handle the situation, nor stem the rot. It is for the people, the government agencies, managements of all educational institutions and all those keen on working towards a functional Bangaru Telangana to come on a single platform and work for the cause united. It may not eradicate the problem in its totality but it can surely bring respite and serve as a deterrent, which is half the problem solved.

Unless the administration gathers steam and goes all out to end this society-threatening menace by giving a free hand to the regulatory authorities, particularly duty-conscious upright officers, the day may not be far-off when Hyderabad will be ‘on par’ with any region in Mexico and Colombia. The very thought of an ‘Udta’ Hyderabad is frighteningly dreadful.

Bringing in an upright officer like Akun Sabharwal to stem the rot is a good beginning. It is now for every citizen to be part of the cleansing operation!