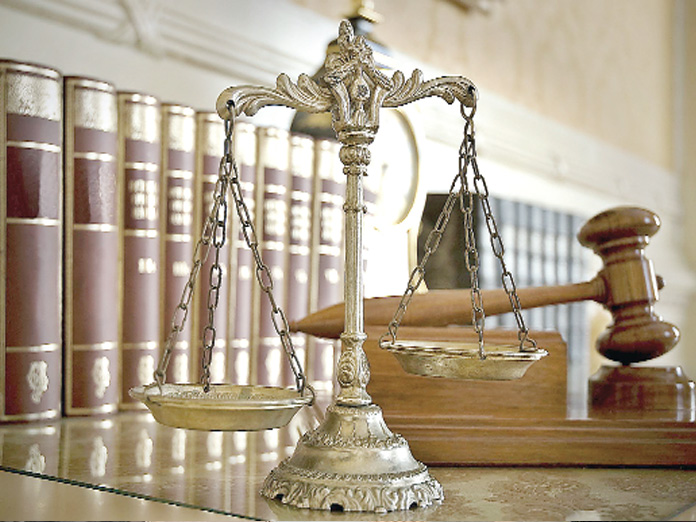 The melodrama on bifurcation of the combined High Court for both Telugu States at Hyderabad ended in a typical style of Greek tragedy with the...

The melodrama on bifurcation of the combined High Court for both Telugu States at Hyderabad ended in a typical style of Greek tragedy with the high-pitch emotions, rolling down of tears and finally swearing-in of the new Chief Justices for Telangana and Andhra Pradesh High Courts by the common Governor for two States.

December 31 was not only the last day of the year 2018, but it was also the last day for the combined High Court wherein lawyers, their clerks and court officers and other staff who had worked hand-in-hand with amity since the creation of Andhra Pradesh in 1956,the first linguistic State of Independent India.

However, though much-expected the sudden bifurcation of the combined High Court has come with pangs. The new home for the AP High Court at Amaravathi is clearly still under construction and devoid of amenities. Indeed, it is a mystery how the Andhra Pradesh government, committee of Judges and concerned High Court’s Advocates Association falsely informed the apex court that all was well with the bifurcation and it may be effected from January 1. Obviously, the Supreme Court was taken for a ride by the vested interests without realising the consequences of such wrong information.

Unfortunately, all the four stakeholders in this episode, namely, the High court Judges and their staff, advocates and above all the litigant public have to face insurmountable difficulties by such a hasty decision. In the absence of basic infrastructure and amenities it is next to impossible for a court to function effectively. Further, there are predictable difficulties for the advocates concerned on record and their clients since the former will be reluctant to continue the cases in Amaravathi which is at a distance of 271 km from Hyderabad while the latter will hesitate to incur extra cost by way of additional fees to the existing counsels or engaging new ones at Amaravathi.

Thus, all the affected parties are not happy with the sudden decision to bifurcate the common High Court. Surely, heavens would not have fallen if the bifurcation was withheld for at least a couple of months until the stage for doing so was set perfectly. Anyway, the State Reorganisation Act too has granted 10 years for the bifurcation of the common High Court not without reasons. Hence, even now it is not too late to put on hold the hasty decision taken under false information notwithstanding the fact that the petition filed by the AP High Court Advocates Association has been withdrawn sensing the mood of the Judges who thought that all the difficulties were nothing but teething troubles which would be over with the passage of time.

Radia tapes given a decent burial
The much-hyped Radia tapes episode involving several bigwigs, including politicians, corporates and scribes, in connection with 2G spectrum case finally concluded after the parties to the defamation suit arrived at an amicable settlement.

Senior journalist Vir Sanghvi who had filed the defamation suit against former lobbyist Niira Radia and the media house publishing a news magazine, Outlook for defaming him with the false and defamatory imputations made in the story based on conversation.

The settlement was arrived at during mediation after a trial court suggested that both the parties resolve the dispute and the media outlet has published an apology.

Advocate Nitya Ramakrishnan, representing journalist Vir Sangvi, said that a joint application would be moved by both the sides before a trial court soon for settling the dispute.

The only regret people of India will have, they will now never know the ugly faces of the ‘big’ politicians, corporate honchos, journalists behind the nasty game, called 2G spectrum deals.

SC on live-in relationship
The Supreme Court in its recent judgment held that a rape charge cannot be invoked in a case of consensual sex between live-in-partners after the relationship has come to an end and the man fails to marry the woman due to the circumstances beyond his control.

“when live-in partners are living together out of love and having consensual sex with the promise of marriage, then the woman canot be allowed to initiate criminal proceedings for rape in case of a breakdown of the relationship,” observed the bench comprising Justice A K Sikri and Justice S Abdul Nazeer.

The bench passed the order while quashing criminal proceedings against a government doctor in Maharashtra against whom an FIR was lodged by a nurse working under him.

TS high court hauls up ECI
The Telangana High Court on January 2 chided the Election Commission of India (ECI) for not introducing a format adding the names of the deleted voters if there was justification in re-addition of their names into the voters’ list.
The bench comprising Chief Justice T B Radha Krishnan and Justice Rajashekher Reddy while hearing a plea of some voters whose names were deleted unilaterally by the authorities even without notifying them, asked the ECI to file its response by January 22.

This single case wherein the High Court has prima facie taken cognizance of the missing names from the voters list is just a tip of the ice berg. In the recently held Assembly Elections in Telangana, a flood of complaints by the political parties and candidates alleging missing names, ghost voters, multiple votes, corruption etc., has been reported in the media. Hope, the High Court takes suo motu notice of these complaints and widens its inquiry treating the matter as Public Interest Litigation (PIL).

Spas & massage parlours
Decrying the tendency of the police to wantonly treat spas and massage parlours as brothels, the Madras High Court in a recent judgement quashed a number of FIRs registered against owners and workers of spas and massage parlours in the city. Taking note of the recent tendency, Justice N Anand Venkatesh observed, “..this court( has) witnessed a flurry of cases challenging the action initiated by the police against Spas and Massage Centres, their owners and women working as massage therapists in these centres, under the Immoral Traffic (Prevention) Act (ITPA), 1956.” The Court criticised the practice of carrying out raids at such institutions, citing the possibility of immoral trafficking without any evidentiary basis in violation of the mandatory procedures under the ITPA.

No doubt, the judgement throws light on the misuse of power by some corrupt and unscrupulous policemen who go berserk against law abiding citizens doing legally allowed business, still it is also true that there is a darker side of the picture. Prostitution has been thriving in all major cities and towns under different pretexts, including the spas and massage parlours. Therefore, strict rules of accountability of the public servants including of course, the police are necessary to curb the misuse of power.