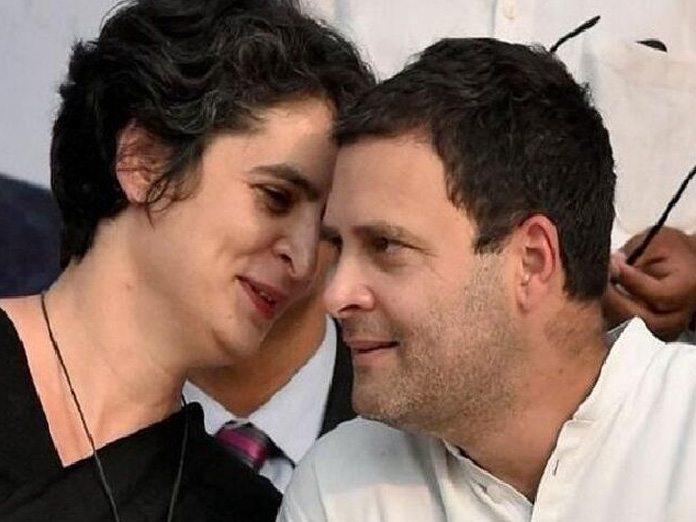 For the last few days Indian media is giving lot of publicity to Priyanka Gandhi entering into active politics and the possible impact of her charisma...

For the last few days Indian media is giving lot of publicity to Priyanka Gandhi entering into active politics and the possible impact of her charisma and her look alike features to Indira Gandhi and the implications of the same for ensuring 2019 elections. I for one would consider it being blown out of proportion.

To understand what her entry would mean to Indian politics or whether she would be able to resurrect sagging fortunes of Congress to some extent and play a role like that of Indira Gandhi, one has to look at the circumstances under which Mrs Gandhi became the Prime Minister of India and the manner in which she established herself as a popular leader.

Did Jawaharlal Nehru desire that Indira Gandhi should become the Prime Minister of India? We may not get a straight answer for this question. He did groom her to be in politics. She was accompanying him on all his foreign visits and playing host along with him and acquired quite a lot of comprehension of Indian politics under his guidance. She was the President of All India Congress in the year 1959 and one cannot forget the role she played in bringing down the first democratically elected Communist government in Kerala.

But then if he really wanted her to succeed him, he could have nominated her as his successor and no one might have objected within the party given his stature though it has taken a beating after the 1962 Indo-China war. That it did not happen gave an opportunity to Lal Bahadur Shastri to become the prime minister of India.

But for his untimely death at Tashkent the dynasty would have withered away then itself. Mistaken belief by the then syndicate led by Kamaraj Nadar that Mrs Gandhi can be easily remote controlled by them made the then congress syndicate of powerful regional leaders prefer Mrs Gandhi to Morarji Desai as the PM. The manner in which she skillfully outmanoeuvred them and established herself as a leader is now history. The 1971 general elections and the subsequent victory in the Bangladesh war established her as the unquestioned leader of the country.

But what sustained her politically for almost a decade- and- half is the carefully crafted electoral alliance between the urban forward castes, Dalits and Muslims. She was able to give an impression that she was with the poor of India with such slogans as Garibi Hatao. By 70s Communists became a spent force and their vote share also got transferred to Mrs Gandhi though how far she really addressed the issues of poverty beyond slogans is debatable.

None of those circumstances are presently prevailing in the country. Formidable leadership has emerged among the Dalits and the urban middle-class is not enthusiastic about the Congress. Congress has ceased to be a party of relevance in substantial portions of the country and there are no vote banks available to craft a convenient electoral alliance. Unlike Mrs Indira Gandhi there is no history of political grooming of Priyanka Gandhi. Other than the inherited physical features she may not share much with her grandmother.

Given these circumstances her entry may not make any difference whatsoever to the Indian political spectrum. No wonder except Chandrababu Naidu from Andhra Pradesh and Stalin from Tamil Nadu no other opposition political leader is enthusiastic about Congress or the leadership of the dynasty. Others know pretty well that they can expand their sphere of influence only when Congress gets marginalised. The good performance of Congress in some of the northern states in recent elections is more a transient phenomenon than a signal of positive vote in their favour.

Dynastic rule does not go well with a mature democracy. It thrives on the weakness of others not on its strength . India had an opportunity of putting an end to dynastic rule twice earlier . First when Lal Bahadur Shastri became the Prime Minister but his untimely death gave an opportunity for the dynastic rule to come back. Second time if only PV Narsimha Rao had got a second term as Prime Minister of India dynastic rule could have come to an end in late 90s. It was Chandrababu Naidu and Karunanidhi who ensured it did not happen. Now we have one more chance to see that dynastic rule in India at the national level comes to an end . A second term for Modi can only ensure that.