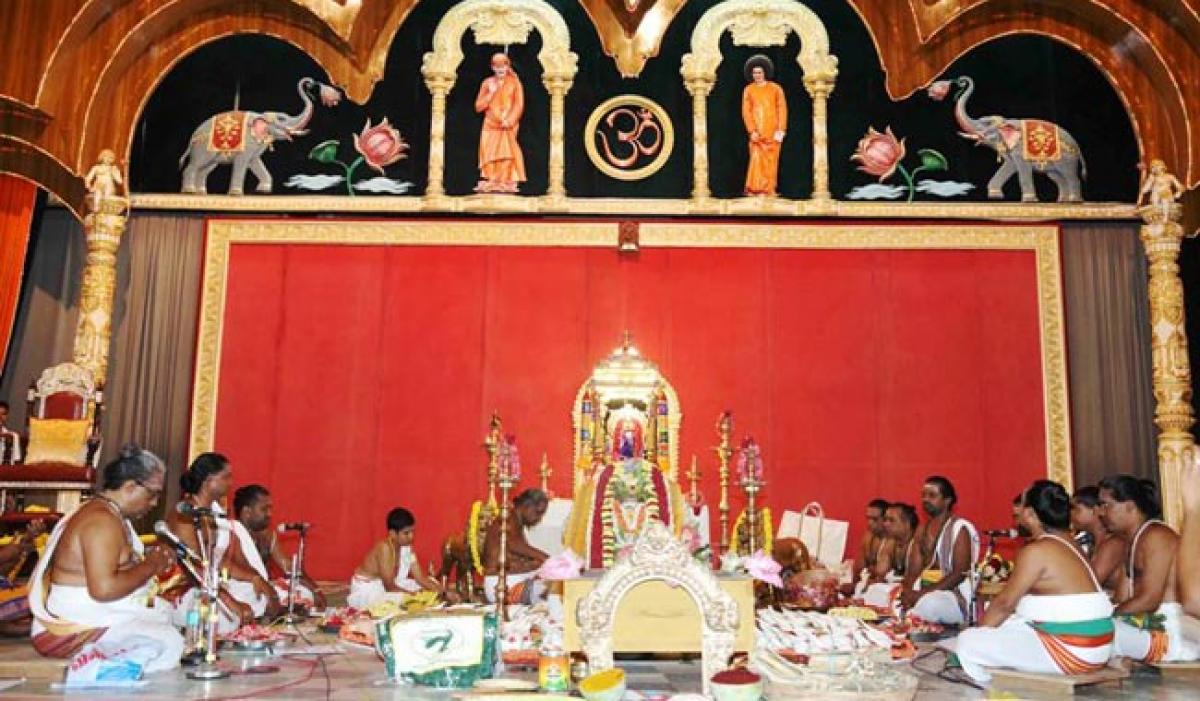 Playing alongside with his brother who was equally accomplished, Kalaimamani Jayakumar started off playing twin bhajans, Manasabhajare... followed by GovindaKrishnaJai..., before playing a series of popular tunes with his magical touch of prowess. Some of the numbers were, Bho Shambho Shiva Shambho Swayam Bho... , Kural Ondrum Illai..., etc.

At the end of the programme bhajans continued and the session concluded with Mangala Arathi.

Earlier, as part of the ongoing celebrations, a special 108 Sanghabhishekam was offered to the Utsava Moorthy of Tiruchengode, at the Poornachandra Auditorium. The famous temple, that is 'hosting' the Divine in Ardhanareeshwara form, had the unique blessing in 1992, precisely on 19th April, when Bhagawan eternally sanctified the temple with His Divine visit, en-route Kodai Hills. The temple finds a mention in the ancient Tamil work, Silappadikaram. The ancient text says, Kannagi, after demolishing the city of Madurai by fire was called to heaven by her husband Kovalan, who was in raging wrath at the peak of the Tiruchengode hill.