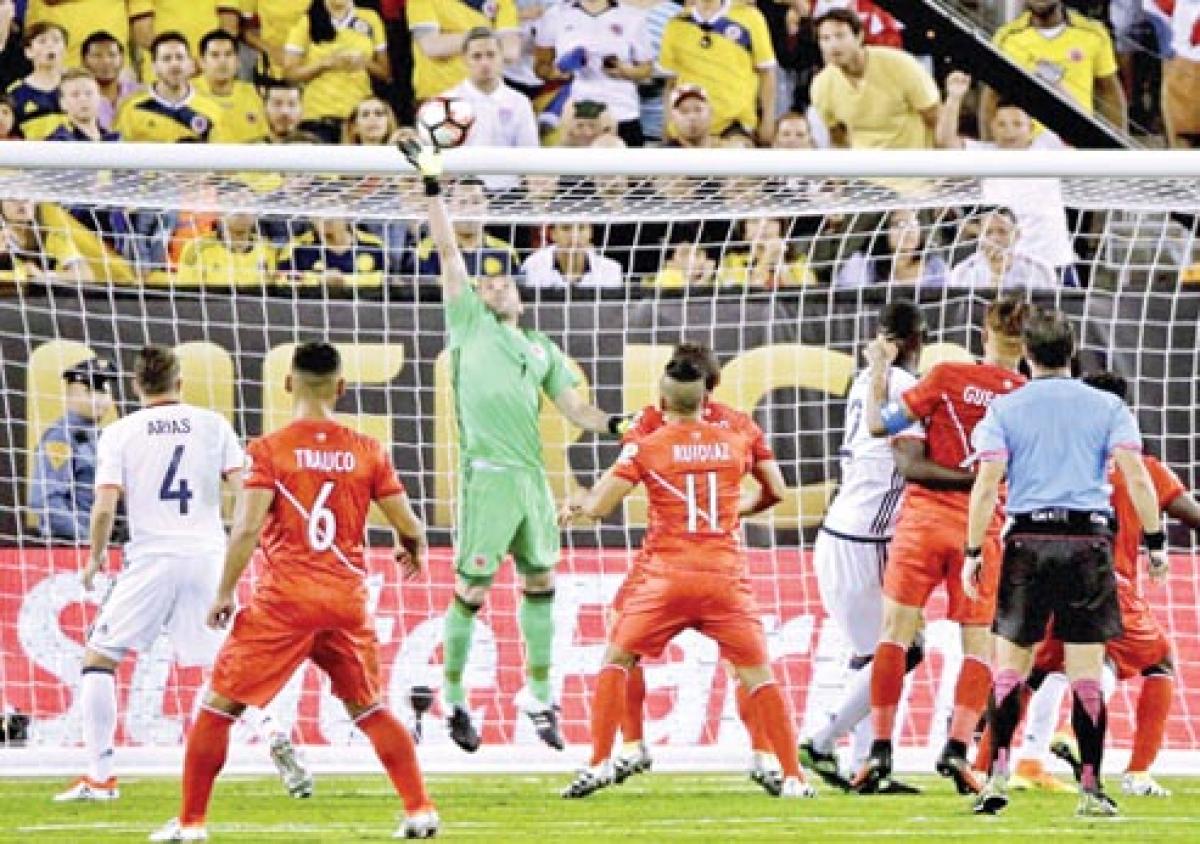 Colombian goalkeeper David Ospina on Friday stopped a penalty kick and Christian Cueva missed for Peru, allowing Colombia to advance to the semi-finals.

East Rutherford : Colombia's football team qualified for the semi-finals of the Copa America Centenario after defeating Peru 4-2 in a penalty shoot-out.

Colombian goalkeeper David Ospina on Friday stopped a penalty kick and Christian Cueva missed for Peru, allowing Colombia to advance to the semi-finals.

In a game dominated by strategy, Peru succeeded in tying down Colombia, who did not have an inspired day except for a flash of brilliance from James Rodriguez.

Colombia played well in the midfield; in the first half it was restricted by an alert Peru, who, unlike in previous matches, hardly committed any errors.

The best chance for Colombia to score was a shot by James in the 26th minute that ended up hitting the post.
Things changed slightly in the second half as Peru tried to step up the offensive but with no success and Colombia slackened considerably.

Until the penalties, the goalkeepers had virtually no work. Peru came close to scoring when Christian Ramos hit a header in the stoppage time which was saved by goalie Ospina, who plays for English club Arsenal.

In the final stretch of the match, both teams tightened their defence and preferred to leave their fate to be determined by the penalty shoot-out.

Colombia made it to the semi-finals for the first time since 2004, and will play the winner of the match between defending champions Chile and Mexico at Chicago's Soldier Field on Wednesday.