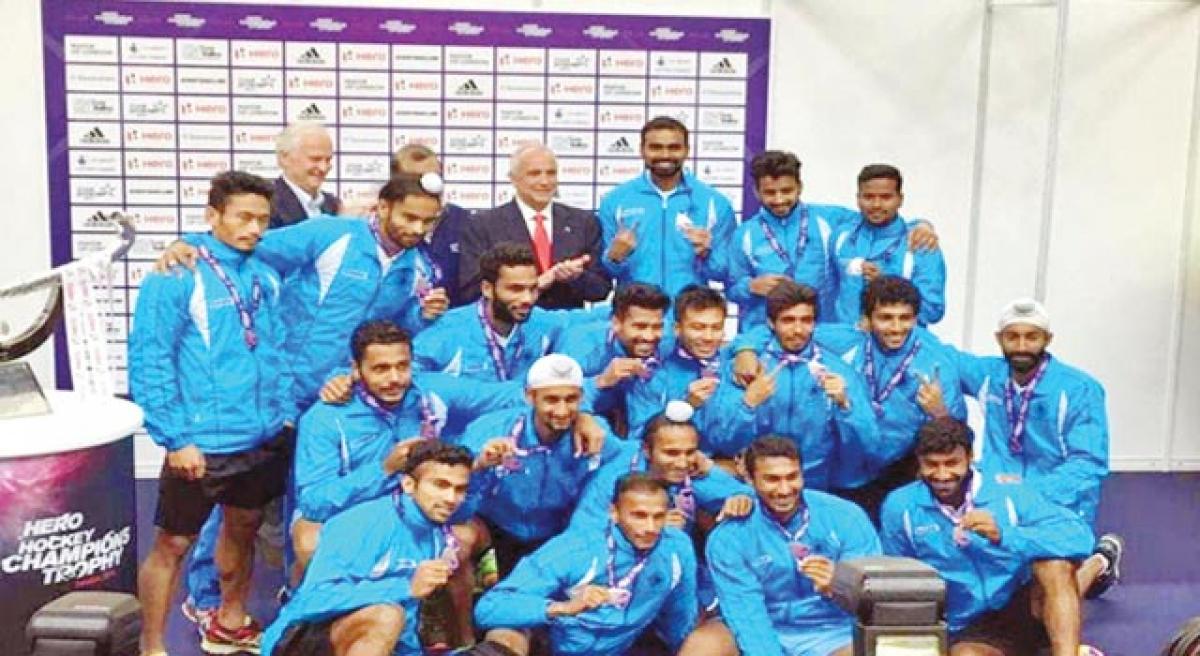 London: Indian hockey team settled for a silver medal in the 36th Hero Champions Trophy after squandering three attempts in the controversial title-deciding shootout to go down 1-3 in the final against World Champions Australia, here.

Aran Zalewski, Daniel Beale and Simon Orchard scored for Australia, while Trent Mitton's try was blocked by goalkeeper PR Sreejesh. There was plenty of drama in the shootout as Beale's shot was re-taken after he failed to score and sought a video review.

The video umpire asked the shot to be taken again, leaving Indian coach Roelant Oltmans fuming on the sidelines. At the end of the match India protested against the second successful attempt awarded to Beale, delaying the final announcement on the result of the match.

The officials assembled to decide on India's appeal as trophies were removed from the ground and fans also left the stadium.
After discussing the appeal for more than an hour, the jury declared that there was unintentional obstruction on part of Indian goalkeeper PR Sreejesh in the seventh second thus the re-take of the shot was justified.

The presentation ceremony was later held indoors. India had won a bronze medal in the tournament way back in 1982 at Amsterdam. Fancied Australia, looking for their 14th Champions Trophy title, faced a stiff fight from the Indians, who were playing their first final, but raised the level to come within striking distance of the title.