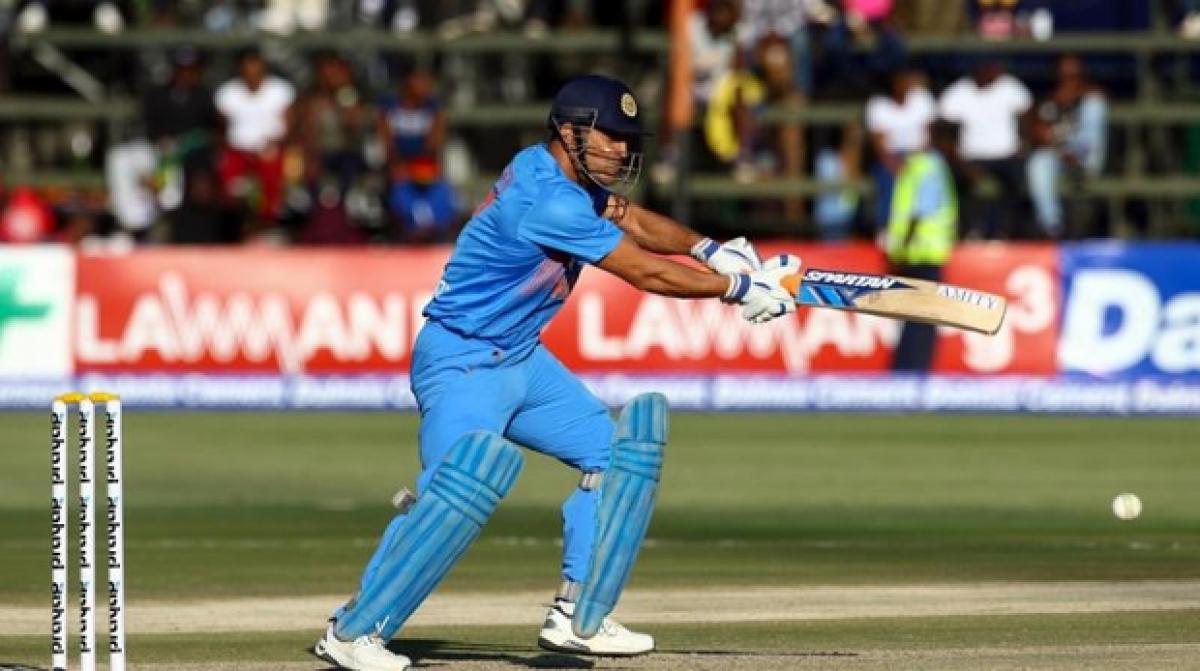 Mahendra Singh Dhoni, who has taken his side past the finishing line with his assured batting in crunch situations, found the last delivery bowled by Zimbabwe paceman Neville Madziva to be a \"brilliant\" one.

Mahendra Singh Dhoni, who has taken his side past the finishing line with his assured batting in crunch situations, found the last delivery bowled by Zimbabwe paceman Neville Madziva to be a "brilliant" one.

India needed four runs off the last ball to win the first T20I match but Dhoni could manage only one run with Madziva bowling one outside the off stump, not giving Dhoni any scope to score a boundary.

Ultimately, the contest is between the bat and ball. I felt the last ball was brilliant," said Dhoni at the post match presentation ceremony after India suffered a close two-run defeat.

In fact such was the shock among everybody that former India seamer Atul Wassan conducting the post-match duties called Graeme Cremer as the "losing captain" and could only manage an embarrassing smile when he saw Mahendra Singh Dhoni walk up.

Dhoni said it was a learning curve for his young inexperienced batsmen, who made a lot of mistakes.

We did not play to potential. A lot of wickets were not full-fledged shots, more like catching practice. You may be doing well in the domestic circuit but there is more pressure when you go from India A to India. It's good learning curve for them. There were a lot of errors committed by the batsmen. We were not playing with our first XI in the bowling department. Our lengths were not right," Dhoni said making it clear that Rishi Dhawan and Jaydev Unadkat were not up to the mark.

Zimbabwe captain Graeme Cremer said the inspiring victory has taken a big monkey off his back and warned the visitors of even better performance in the remaining matches.

It’s excellent to comeback from the losses in ODI series. A lot of pressure off me. We are not going to stop here," he said.
Cremer was effusive in his praise for Elton Chigumbura, who played a sensational knock of unbeaten 55 off 26 balls for them.

We know Elton can always be dangerous. He is one innings away from doing something special again. India are a tough side, today it could have gone either way and luckily it went our way."

Chigumbura said it was "good effort from the whole team."

"Everyone contributed today. This one will give us the confidence to do the same thing again, and improve," he said with a smile dedicating the Man of the Match award to his wife as it was her birthday.