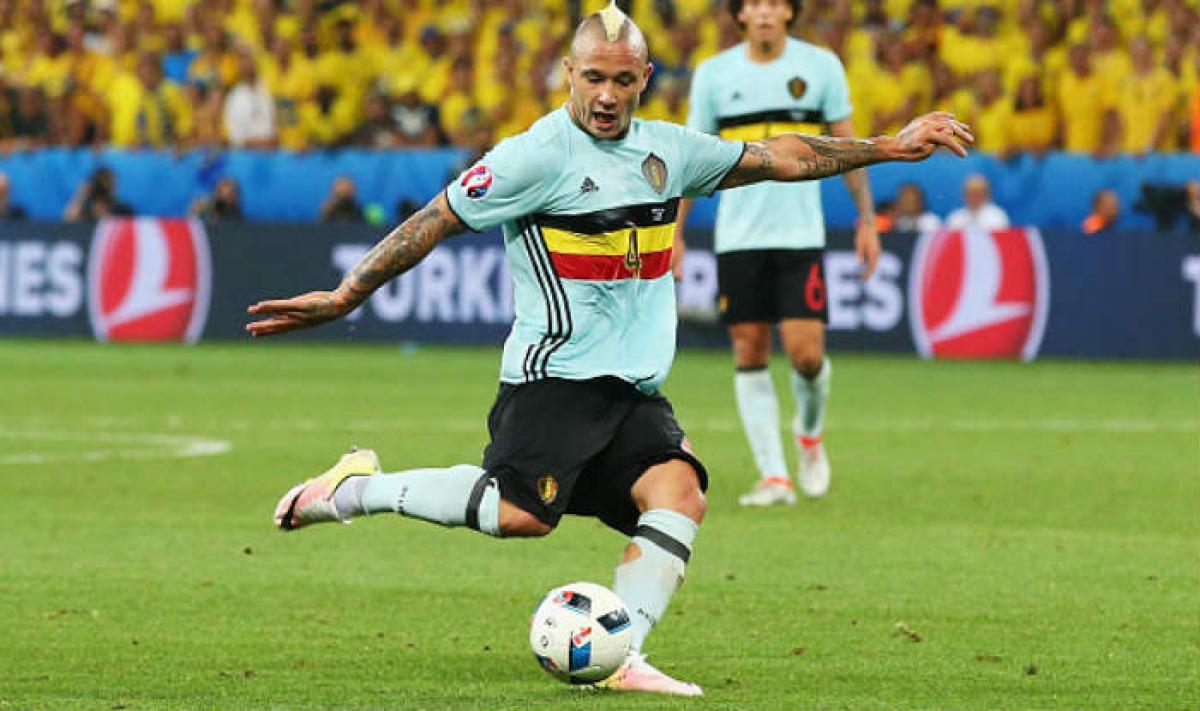 Belgium beat Sweden 1-0 here on Wednesday with Radja Nainggolan\'s late goal, advancing to the last 16 of Euro 2016 as the Group E runners-up.

​Paris: Belgium beat Sweden 1-0 here on Wednesday with Radja Nainggolan's late goal, advancing to the last 16 of Euro 2016 as the Group E runners-up.

Belgium coach Marc Wilmots said, "They (Sweden) were obliged to open up, and if you do that against us, you will be punished. Six points from nine is very good and since the defeat by Italy we have been very good."

Sweden were sent packed, finishing at the bottom of the group with only one point (1-1 with Ireland, 0-1 to both Italy and Belgium), Xinhua reported.

It was 34-year-old star Zlatan Ibrahimovic's last game for Sweden as he had announced at the pre-match press conference that he would retire from international football.

Sweden coach Erik Hamren said, "I hope Zlatan would have had a better finish. The same goes for (goalkeeper) Issksson and (midfielder) Kallstrom, who have performed well for a long time and are also ending their Sweden careers."

In a sense, Sweden failed to score a single goal actively in the tournament, as the 1-1 tie with Ireland was awarded by opponents' own goal.

As Ireland stunned Italy 1-0 at the same time, Belgium, which lost 2-0 to Italy and crushed Ireland 3-0, leveled Italy on the same 6 points but had to be the runners-up for the head-to-head loss.

Ireland finished third with four points and became the last team into the knockout stage as one of the four best third-placers.

In the do-or-die match against Belgium, Sweden played all out but could not get the luck.

Only five minutes into the game, forward Marcus Berg squandered the best scoring chance for Sweden. Victor Lindelof's free-kick fell kindly inside the penalty box for the Panathinaikos striker, who volleyed goalwards in close range, but Belgium keeper Thibaut Courtois' positioning was good enough to palm the ball away.

Sweden central defender Andreas Granqvist said, "I think we played a good game against a very strong team. We had a great opportunity in the first half when Marcus Berg was unlucky. In the second half we took more risks. Of course their counter attacks are strong."

"It's a bitter feeling that we had a header that was saved on the goal line, then they scored on the counter-attack. It's just the way it is," Granqvist added.

Belgium gradually gained the upper hand with Kevin De Bruyne and Eden Hazard leading the attack. Striker Romelu Lukaku made several solo runs in the second half to press hard on Sweden's defence.

Even a tie would sent Sweden home and things went worse in the 84th minute when Belgium midfielder Nainggolan walked on to Hazard' s cutback from the byline and unleashed a right-footed drive that whizzed past Isaksson with the aid of a deflection off substitute defender Erkan Zengin.

Hazard was voted the Man of the Match. The Chelsea playmaker and Belgium skipper not only supplied the assist for Nainggolan's fierce drive but also showed his dribbing and crossing ability, setting up five opportunities for team-mates.

The statistics showed that the two teams shared 50-50 ball possession and 82 percent to 82 percent passing accuracy. Belgium were superior in total attempts which were 23-12 and "on target" was 8-4.