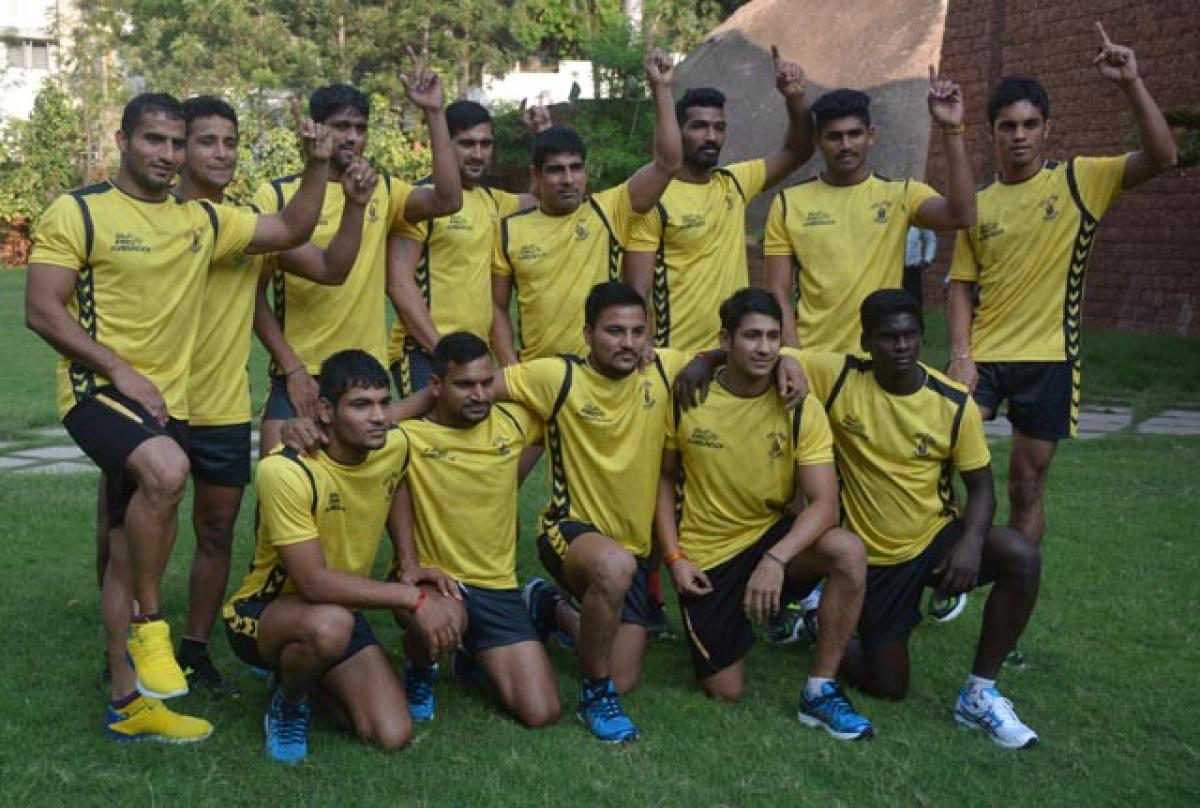 They finished fifth last time around but now Telugu Titans is eyeing the pot of gold when Season IV of the popular Pro Kabaddi League (PKL) gets underway on June 25.

Hyderabad: They finished fifth last time around but now Telugu Titans is eyeing the pot of gold when Season IV of the popular Pro Kabaddi League (PKL) gets underway on June 25. Bolstered by the presence of the leader of the pack, Rahul Chaudhari, and the proven talent of Sukesh Hegde, the Titans are battle-ready, opines franchise-owner Owner Sreeni Sreeramaneni.

Telugu Titans will take on Puneri Paltan on June 25 and will play home games from July 3 to 6. “There is a strategic advantage for our time because the semifinals and the final will be played at GMC Balyogi Indoor Stadium. We have an unbeaten track record here. There is a healthy balance in the team composition,” he said.

“Each team had an option to retain two players and we chose to continue with our best raiders Chaudhari and Sukesh Hegde” he said. “We had been attacking in the first three seasons and we wanted to tighten the defence this time to support Rahul and Sukesh. Towards this we roped in Sandeep Narwal, who took the cup for Patna Pirates last season and was available in the auction.

We also have Jasmer Singh Gulia who played for Puneri Paltan last season and captained the Delhi team in the first season. “Each team has to take three overseas players and only two can play in a match. We have opted for two Pakistani players Muhammad Rizwan, Akhlaq Hussain and Mohammad Maghsoudlou from Iran,” he said.

Rahul is happy to lead the team again. He said, “This time we will not speak but will show our game in the court. Our team is balanced in both attacking and defence” he said. Coach Uday Kumar said, “We had one month practice session. Last season we had very good attacking team but we were losing matches due to inexperienced. I am sure Sandeep Narwal and Vinod will justify the confidence reposed on their abilities.”