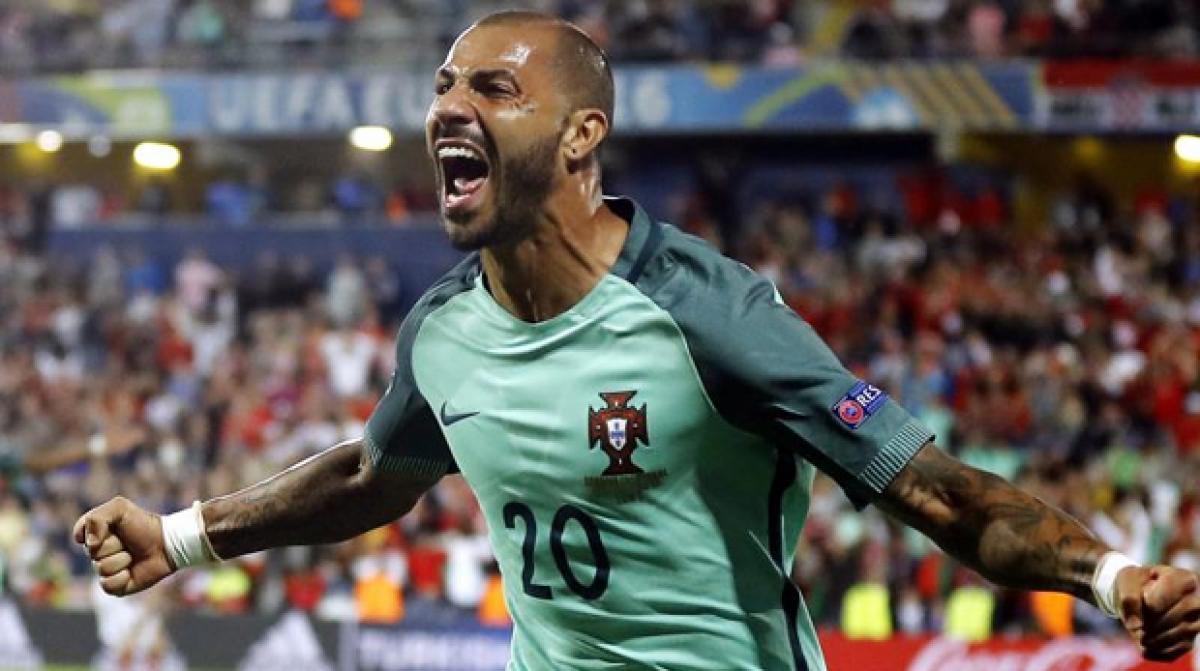 The quarterfinal line-up at the European Championship started to take shape on Saturday after three drab matches that will live forever in the record books but not in the memory.

The quarterfinal line-up at the European Championship started to take shape on Saturday after three drab matches that will live forever in the record books but not in the memory.

The start of the round of 16 saw Poland, Portugal and Wales make it through to the final eight.

Poland qualified for the quarterfinals of the European Championship for the first time after it converted all its penalties to beat Switzerland 5-4 in a shootout in Saint-Etienne. Following a 1-1 draw that Switzerland had dominated for long periods, Grzegorz Krychowiak stepped up to score the winning penalty.

Krychowiak's spot-kick capped an impressive display by Poland during the shootout. The only player to miss was Switzerland midfielder Granit Xhaka, who fired wide of the left post.

"Preparing for this match, we tried to improve our penalties, and we knew they'd be taken in the best possible way," Poland coach Adam Nawalka said through a translator.

The abiding memory of the game though will be the 82nd minute equalizer for Switzerland by Xherdan Shaqiri, the goal of the tournament so far. Jumping with his back to the goal, Shaqiri sent a left-foot volley from the edge of the area onto the inside of the post and into the net.

Poland's opponent in the quarterfinals will be Cristiano Ronaldo's Portugal following its 1-0 victory over Croatia after extra time in Lens.

The match had been labelled as one of the ties of the round, but it didn't really take off until both sides were staring at the prospect of a penalty shootout.

Substitute Ricardo Quaresma scored the sole goal in the match in the 117th minute with Portugal's only serious attack. The goal came after Ronaldo's one effort in the match was parried by goalkeeper Danijel Subasic into the path of the stooping Quaresma, who headed the ball into an unguarded net from close range.

The goal came about 30 seconds after Croatia had its best effort on goal when Ivan Perisic struck the post with a header.

"Croatia is the team that played the best football in the group stages," Portugal coach Fernando Santos said through a translator. "Today, we were the lucky ones, but I think it was fair."

Saturday's other match between Wales and Northern Ireland, both playing in a European Championship for the first time, had even fewer highlights.

"We had to be patient," Bale said. "They were probably the better team today. We had to hang in there and show a lot of courage."

Wales' opponent in a quarterfinal in Lille on Friday will be either Hungary or Belgium, which meet Sunday in Toulouse.

Sunday's other matches will see host France play Ireland in Lyon, while Germany takes on Slovakia in Lille.