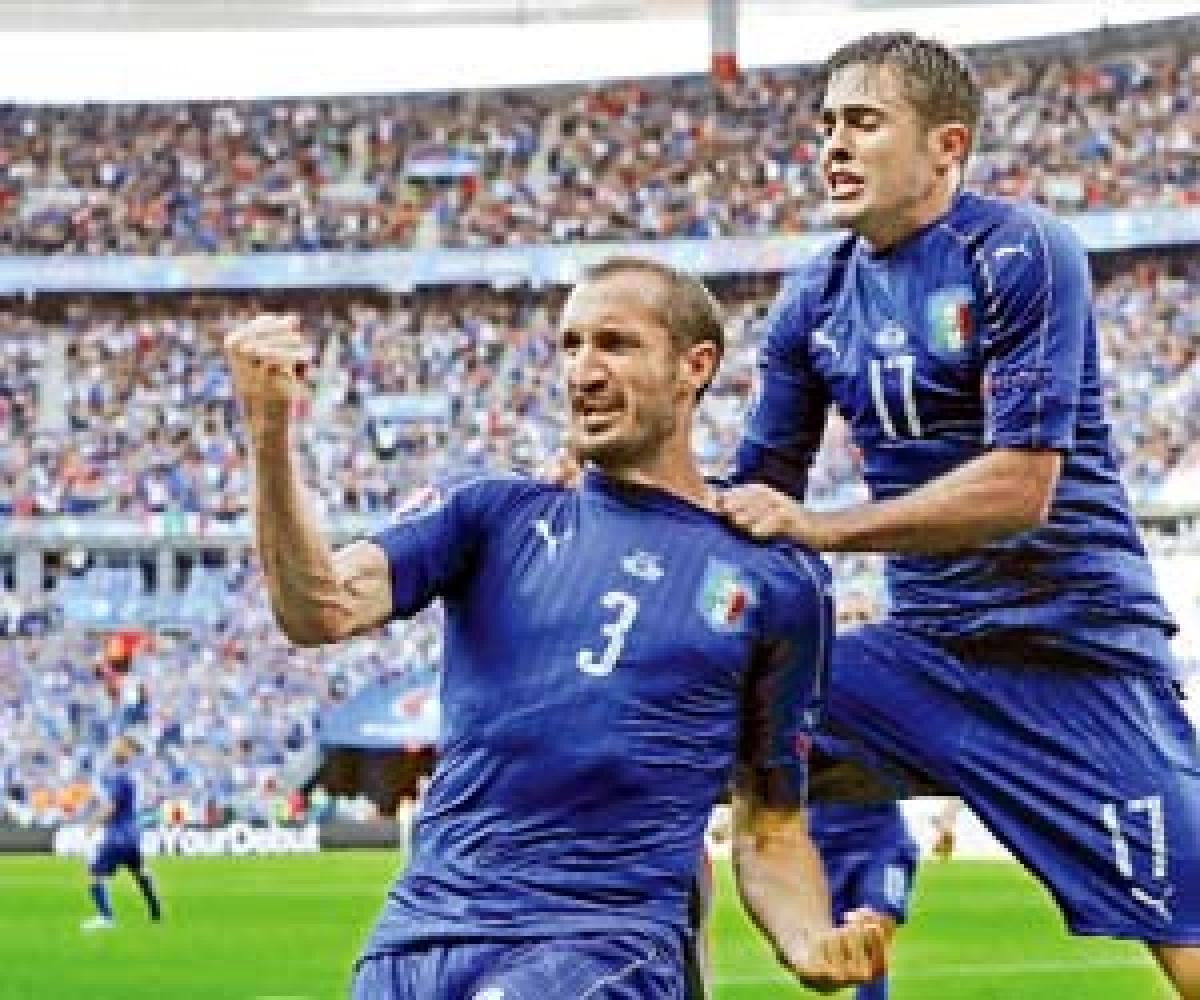 Italy dished out a classic performance to eliminate two-time defending champions Spain with a 2-0 win in the Euro football championship pre-quarterfinal at the Stade de France.

Paris: Italy dished out a classic performance to eliminate two-time defending champions Spain with a 2-0 win in the Euro football championship pre-quarterfinal at the Stade de France.

Italy played with a high tempo and found their lead when Giorgio Chiellini knocked in an Eder free-kick that moved slightly away after being blocked by goalkeeper David De Gea in the 33rd minute before Graziano Pelle slammed home the second goal in the 90+1 minute for the 2-0 victory.

Anotonio Conte-coached Italy will meet reigning world champions Germany in the quarter-finals on Saturday. Germany blasted past Slovakia 3-0 on Sunday.
Italy started the match on a brilliant note, playing with a 3-5-2 formation that helped them gather pace and numbers in attack immensely. Spain goalkeeper De Gea was asked to bring his sharp reflexes with only six minutes into the match as striker Pelle got above Busquets to thump a header towards the bottom corner from seven yards but the goalkeeper jumped to his left to keep it away.

Five minutes later, Alessandro Florenzi stood up a cross to the far post, where Pelle headed it back across the face and Emanuele Giaccherini improvised to steer an overhead kick towards goal but De Gea got down to his left to push it onto the post. Spain, a team known for keeping possession, struggled a lot to keep the Italians away. Spain tried to break the tempo of Italy but the wingers -- Marco Parolo, Alessandro Florenzi and Mattia De Sciglio, Giaccherini mounted a lot of pressure.