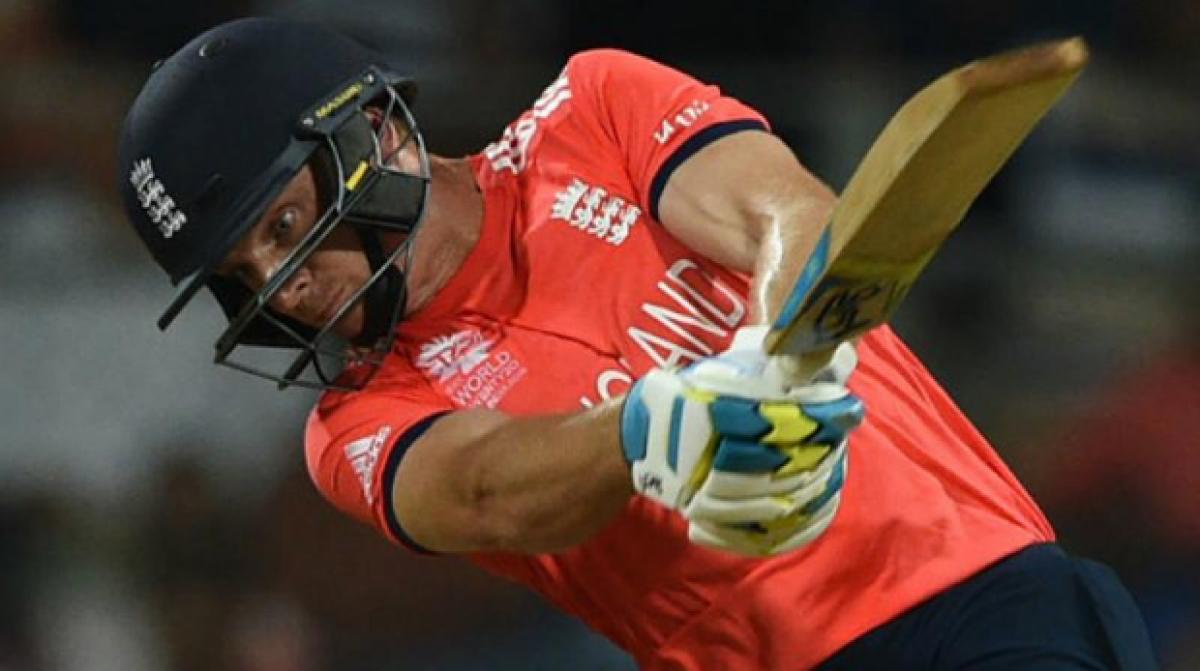 Jos Buttler boosted his hopes of a Test recall for the Pakistan series as his stunning 73 not out helped England win the T20 international against Sri Lanka in Southampton on Tuesday.

Jos Buttler boosted his hopes of a Test recall for the Pakistan series as his stunning 73 not out helped England win the T20 international against Sri Lanka in Southampton on Tuesday.

Buttler gave the tourists' attack the runaround with four sixes and three fours in a 49-ball innings which was his highest ever T20 score, and saw England cruise home by eight wickets with 15 balls to spare.

Eoin Morgan also played a leading role with an unbeaten 47, the England captain shrugging off an earlier dislocated finger after Sri Lanka had been dismissed for 140 off their 20 overs.

The defeat completed a miserable tour for Sri Lanka who failed to beat England in any of the nine international matches with the home side winning the Super Series 20-4.

Jason Roy went for a third ball duck, bowled around his legs by Angelo Matthews, and James Vince went for 16. But then it became the Buttler and Morgan show.

Buttler, moved up to open the batting order having been told by coach Trevor Bayliss he was in with a shout for a possible Test place, survived an early scare when he appeared to nick a delivery in Mathews' next over to wicket keeper Dinesh Chandimal.

Replays suggested he did hit the ball but the appeal was turned down and the England man made the most of his luck.

He smashed Mathews over mid-on for a huge six, the first of the innings and he punched Farveez Maharoof down the ground for six and did the same to Danuska Gunathilaka's spin.

Morgan was dropped by Mathews when on just eight but then struck spinner Seekkuge Prasanna for a straight six.

England moved up the gears with Buttler reaching his half century with a boundary off Chaminda Bandara, and he and Morgan saw their side home with considerable ease. Morgan smashing the winning runs with a six.

Another debut bowler, left-arm fast bowler Tymal Mills, failed to take a wicket but went for only 22 runs off his four overs, bowling quickly and hitting 92mph plus.

Kusal Perera went cheaply but Kusal Mendis clubbed a Jordan full toss just wide of Jonny Bairstow. The England bowler was hammered for 20 runs in one over.

Gunathilaka made 26 before holing out to Jordan running in from the long off boundary as Hampshire slow left-armer Dawson thrilled his home fans with a wicket.

Mathews swept straight into aggressive mode with a fine sweep to the boundary off Dawson but the spinner then caught and bowled to remove Mendis for 21.

Sri Lanka were 79-3 after ten overs but crumbled as they lost Mathews bowled by Dawson for 11 and Dasun Shanaka ran out next ball going for a second run by Jason Roy's fine throw.

Ramith Rambukwella smashed a six and then a four to spoil Rashid's figures a little before being run out by James Vince's direct throw.

Chandimal made 23 before being snapped up by Morgan who then rushed off the field with a dislocated finger having taken the catch awkwardly, but he was okay to bat.

Jordan ensured Sri Lanka were kept to just 140, taking two wickets in the final over to dismiss the tourists. And though England began with a stutter in their run chase, once Buttler applied the accelerator the result was never in doubt.