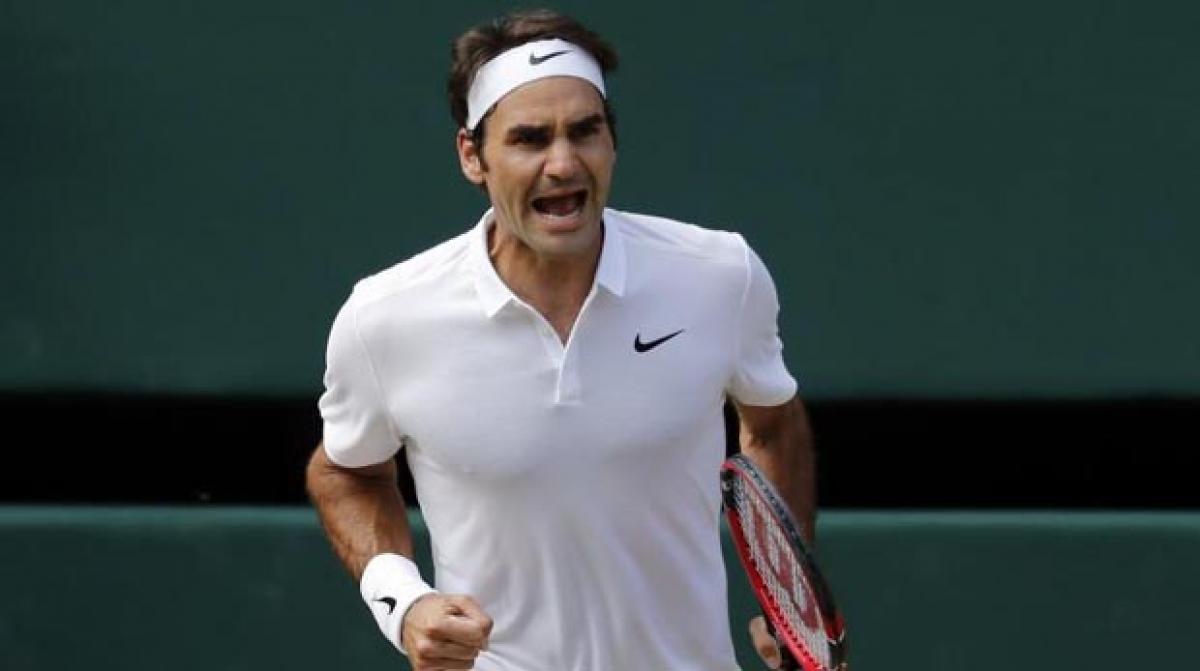 The 34-year-old and seven-time champion saved three match points as he came back from two sets down for the 10th time in his career.

He will now face Canadian sixth seed Milos Raonic, against whom he boasts a 9-2 record, in what will be his 40th semifinal at the majors.

But he put his fans through the wringer on Centre Court, saving three match points in a breathtaking, hour-long fourth set having also been at 3-3, 0-40 in the third against ninth-seeded Cilic.

Federer had come into Wimbledon unsure over how his back would hold up after he had to pull out of the French Open -- the first time he had missed a major since 1999.

"I was very worried coming here. I think it was huge for me to play the seven matches I did in Halle and Stuttgart. They served me very well," said Federer.

"Then knowing that I had a week in between, if I get through the first week here at Wimbledon, who knows.

"Next thing you know, you're in the semis. You're really deep into the tournament. Yes, I did surprise myself, in quite a big way actually."

Federer, who won the last of his 17 majors at Wimbledon in 2012, is the oldest man in the Open Era to reach the semifinals since 39-year-old Ken Rosewall finished runner-up to Jimmy Connors in 1974.

On Wednesday, he set a new record for Grand Slam match wins of 307 and recorded his 84th win at Wimbledon -- taking him level with Connors -- as he continues his pursuit of an 18th Grand Slam title and a record eighth All England Club crown.

"I've had some good comebacks. This one is definitely huge because it's Centre Court at Wimbledon. Still gives me the chance to win the tournament," said the Swiss.

"This is a big one. Probably not the biggest, but a big one."

Federer fired 27 aces and 67 winners to avenge his semifinal loss to Croatia's Cilic in the semifinals of the 2014 US Open.

Cilic was left to regret wasting his three golden chances in a roller-coaster fourth set.
The 27-year-old sent down his 19th and 20th aces of the afternoon to save break points in the fifth game.

Federer then saved match point in the 10th game thanks to Cilic meekly going long on a return and another with his 18th ace in the 12th.

The Swiss squandered two set points in the tiebreaker, the first with a ballooned forehand with the court at his mercy before he saved a third match point when Cilic netted a forehand of his own.

Then it was Federer's turn to feel the pressure as two more set points came and went before Cilic played one loose forehand too many into the net and the quarterfinal was level.

Federer had the momentum and broke for a 5-3 lead in the decider, racing to a famous victory with back-to-back aces.

In the 3 hour 17 minute tie, there were just three breaks of serve.

"I knew that he's not going to back off when we go in the fifth set. It's also a mental battle where you don't want to let any of the points go on the other side without giving full effort," admitted Cilic.

"I think that he was serving pretty well in the fifth set. That was definitely a tough part. What to say?

"Just on few occasions, he made couple of great returns, very short, very low, with his slices. I was in difficult situations.

"I managed to hit pretty good shots, but he ended up hitting great passes. Nothing I could do."