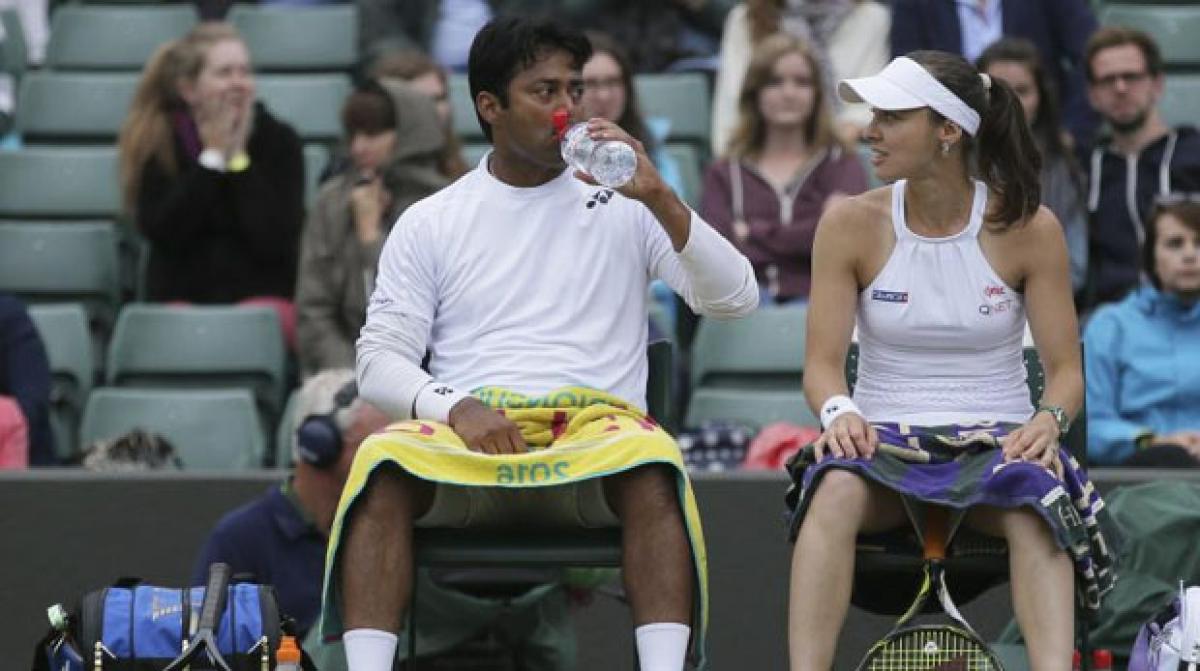 Defending mixed doubles champions Leander Paes and Martina Hingis were knocked out of Wimbledon on Thursday by Britain\'s Heather Watson and Henri Kontinen of Finland who were playing their first match together.

Defending mixed doubles champions Leander Paes and Martina Hingis were knocked out of Wimbledon on Thursday by Britain's Heather Watson and Henri Kontinen of Finland who were playing their first match together.

Indian veteran Paes and Swiss star Hingis had completed the mixed doubles Grand Slam at the French Open last month after they had captured the Australian Open, Wimbledon and US Open titles in 2015.

But they were undone by Watson and Kontinen who were playing together for the first time in three sets, 3-6, 6-3, 6-2.

Watson and Kontinen had reached the third round without hitting a ball after Louisa Chirico and Denis Kudla had given them a walkover before Bruno Soares and Elena Vesnina did the same in round two.

"We were warming up and getting ready each day and we were always put on at the end of the day, so we've literally just been ready to play for each match and they've told us last minute," said Watson.

"I think today in the first set we were finding our ground, getting comfortable with each other, and then we kind of took off, especially in that third set."

Watson and Kontinen will face Scott Lipsky of the United States and Russian Alla Kudryavtseva in the quarter-finals.

It was a miserable day for Hingis as she and Indian partner Sania Mirza lost their women's doubles title, losing 6-2, 6-4 to Timea Babos and Yaroslava Shvedova on the semi-finals.