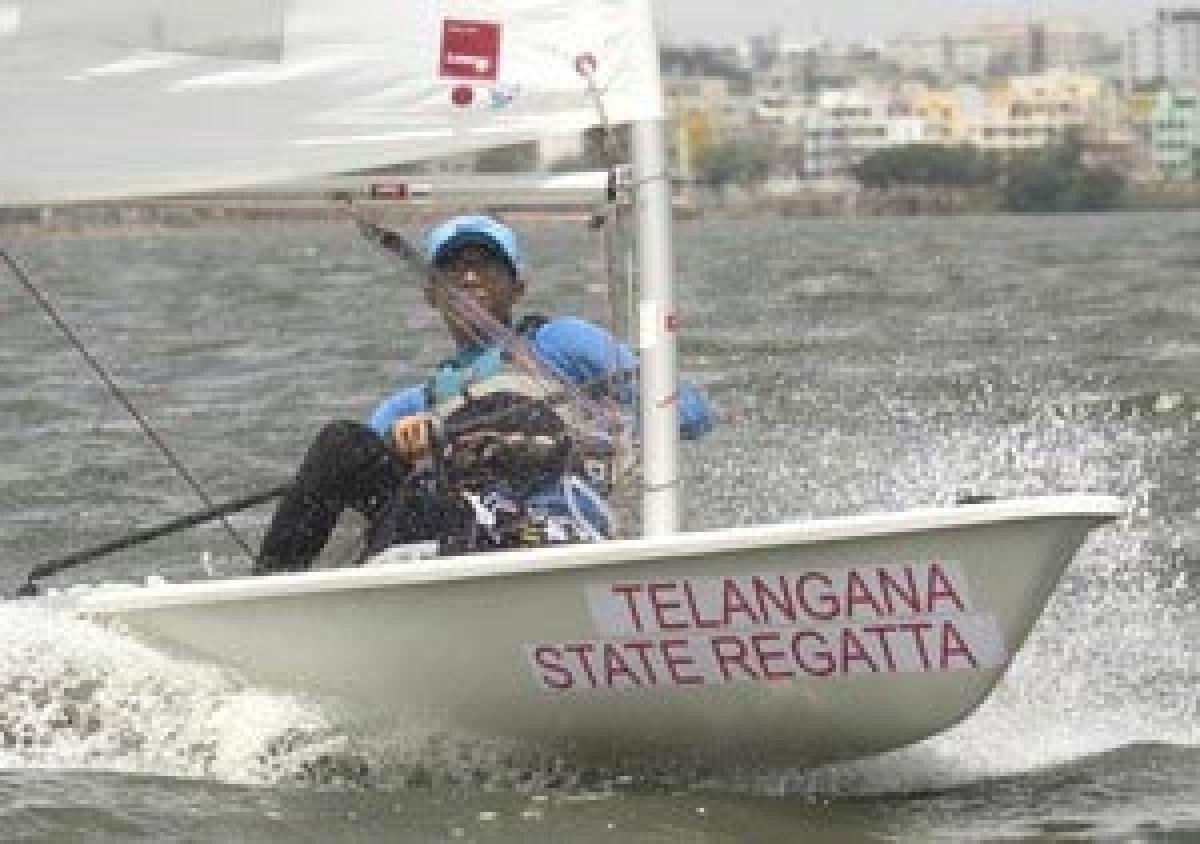 The race committee, however, has protested as she had used a sail that was not measured by the official measurer and the verdict of the Jury headed by International Judge Ajay Balram is awaited.

Navyn Prabhakar of Tamil Nadu and Ashish Vishwakarma of Madhya Pradesh were second and third while Chitresh Thata of Tamil Nadu did not compete in third race due to gear failure. Kandala Gautham and Juhi Desai of Hyderabad are overall 5th and 6th position.