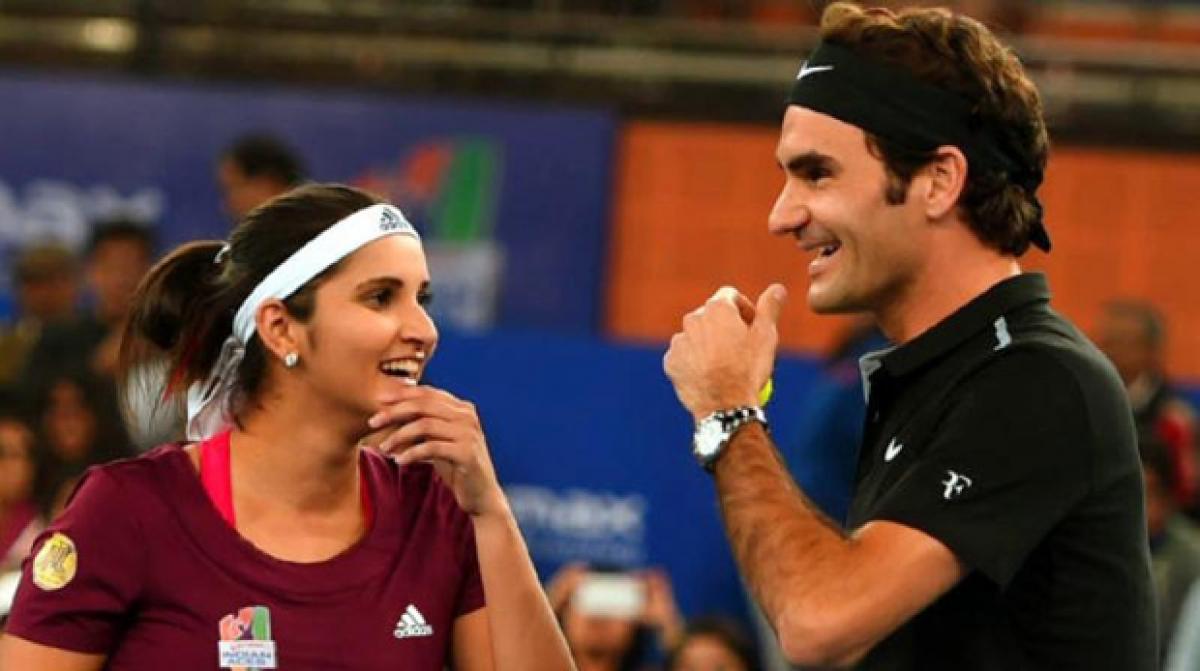 He is inarguably the greatest tennis player of all time but what makes Roger Federer, a revered sportsperson a legend is his \"warmth and care\" for colleagues which even touched Indian tennis ace Sania Mirza\'s life on a couple of occasions.

He is inarguably the greatest tennis player of all time but what makes Roger Federer, a revered sportsperson a legend is his "warmth and care" for colleagues which even touched Indian tennis ace Sania Mirza's life on a couple of occasions.

In her autobiography 'Ace against Odds', Mirza mentions about three separate incidents about the 17-time Grand Slam singles champion when he inquired about her well-being after being dragged into unnecessary controversies.

In 2008, a case was registered against Sania for allegedly disrespecting Indian national flag with her feet up in the players' box while watching teammate Rohan Bopanna play.

Sania recalls in her book: "When the case was filed against me for alleged disrespect to the national flag, Roger Federer was among first to inquire about the situation and welfare when I reached Melbourne for the Australian Open."

That was not the only time Federer inquired about Sania's well-being, as he did the same after the 26/11 terror attack in Mumbai.

Sania writes: "He (Federer) also surprised me many months later with a message of concern when Mumbai was tragically struck by terrorist attacks on November 26, 2008. I think this is what makes Roger very, very special because apart from being a legend, a genius and the greatest ever exponent of his craft, he remains warm, caring, accessible, untouched by fame, and a thorough gentleman."

While these were a couple of touching gestures, there was a hilarious incident which indirectly involved Federer.

During the 2007 Wimbledon, Sania was joined by her childhood friend Rucha Naik and a funny incident took place.

Sania fondly recalls that in her book. "My best friend from school, Rucha Naik, had joined me for the grass court season in England and it was fun to have her around. She was graduating with a degree in fashion marketing from the University of Lancaster. Rucha was no sports enthusiast and had very little interest or knowledge of tennis, but she was a friend, I loved and cared for. Perhaps that's why she is one of my best friends.

"I cannot forget the first time she came into the Players' Lounge at the Wimbledon. Roger Federer walked up to our table at some point and joked with me.

"What is this guy's name and who does he think he is?" Rucha said rather indignantly as soon as Roger had left the table," Sania recollects.

"'Oh, he is just a nice guy who hangs around here at tournaments and plays a bit of tennis, I said wickedly,'" says Sania remembering the incident.