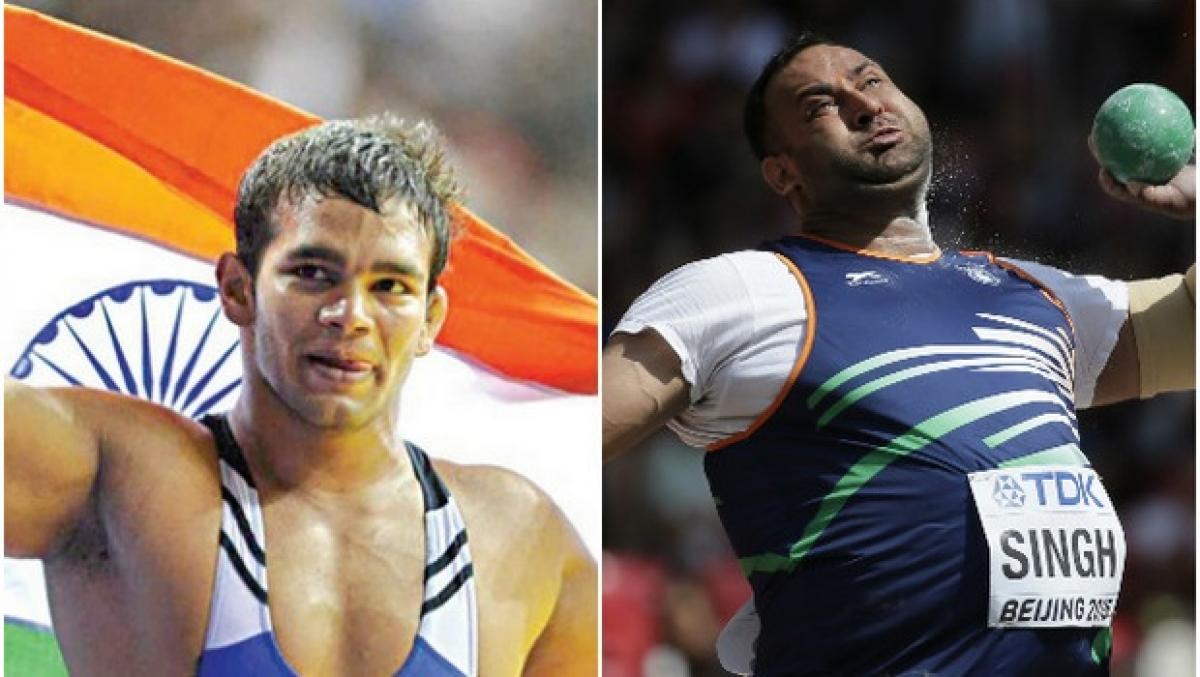 How scary it is to find two Rio-bound Indian athletes testing positive for banned drugs and both rejecting the results. Wrestler Narsingh Yadav insists that his food supplements were spiked and so does shotputter Inderjeet Singh alleging fouplay in testing.

How scary it is to find two Rio-bound Indian athletes testing positive for banned drugs and both rejecting the results. Wrestler Narsingh Yadav insists that his food supplements were spiked and so does shotputter Inderjeet Singh alleging fouplay in testing.

Rumours of conspiracy abound, some of them hard to believe and some others are so outlandish they can be rejected straightaway. The onus of proving the charges is on the athletes and they are of conjecture in nature without any fool-proof evidence as of now.

The whole thing got murkier with the bizarre allegation that a SAI official has conspired against Narsingh in collusion with an Olympian. Most wrestlers seem to think that he could not have taken any performance enhancing drug knowingly with the Games round the corner.

Sympathies apart, one can hardly find fault with the National Anti-Doping Agency (NADA) unless there is an inquiry into the procedure adopted at Sonepat where the wrestlers were training or, as Narsingh fears, checking his food supplements. Both are difficult to prove, considering the security the wrestlers have in Sonepat.

Sushil Kumar's childhood pal Yogeshwar Datt was the first top wrestler to come out to support Narsingh, saying he is sure he can't do it. He also wants a thorough inquiry into the whole episode. The statement is loaded.

The NADA disciplinary committee has had its first hearing on Narsingh and on will take a decision on Wednesday after another meeting with the wrestler.

As usual, the politicians have jumped into the situation. The Maharashtra chief minister and a senior union minister from the state are backing Narsingh. They want a thorough inquiry as to how the Mumbai wrestler failed the dope test. Incidentally, the president of the Wrestling Federation of India (WFI) is a Bharatiya Janata Paty MP and is believed to have met Prime Minister Narendra Modi a couple of days ago to apprise him of the case.

The sports ministry, headed by a Delhiwallah, has intriguingly no reaction. If one expected him to have some soothing words for Nasingh, they were not forthcoming. All he would say is that the Olympic contingent has been reduced by one athlete.

Many sports fans are sorry for Narsingh and some of them feel that his record is clean he can't be risk indulging in such an act at the most critical time of his career.

The man who must be feeling awful about the whole thing is Sushil Kumar, who took Narsingh and the WFI to court asking for a selection trial between the two to select the Rio entry for the 74kg.

Reacting to the needle of suspicion being pointed at him, Sushil distanced himself, saying once Narsingh was selected, he only wished him well. He also added that his support team should have been picked with care -- whatever that may mean. Sushil's initial reaction was wishy-washy and he quickly corrected himself.

Somoeone who has never failed a dope test, Narsingh naturally is shocked and the NADA stated that he has never resisted. The argument that his sparring partner was also tested positive is just circumstantial evidence. Why was the partner tested is neither here nor there, though Sandeep Tulsi Yadav has not fought for close to two years.

NADA says that testing Olympic-bound athletes more than once is not unusual, considering that some drugs can be detected in the short-term and some others in the long-term. So, there can't be any quarrel with the procedure.

After Narsingh, Inderjeet also failed the test and the athlete looked visibly shattered, breaking down while talking to television channels. NADA now says test results of all the athletes have not yet been received, thus dropping a hint that the dope list is not final.

(the author is a senior journalist and the views expressed are personal. He can be reached at [email protected])