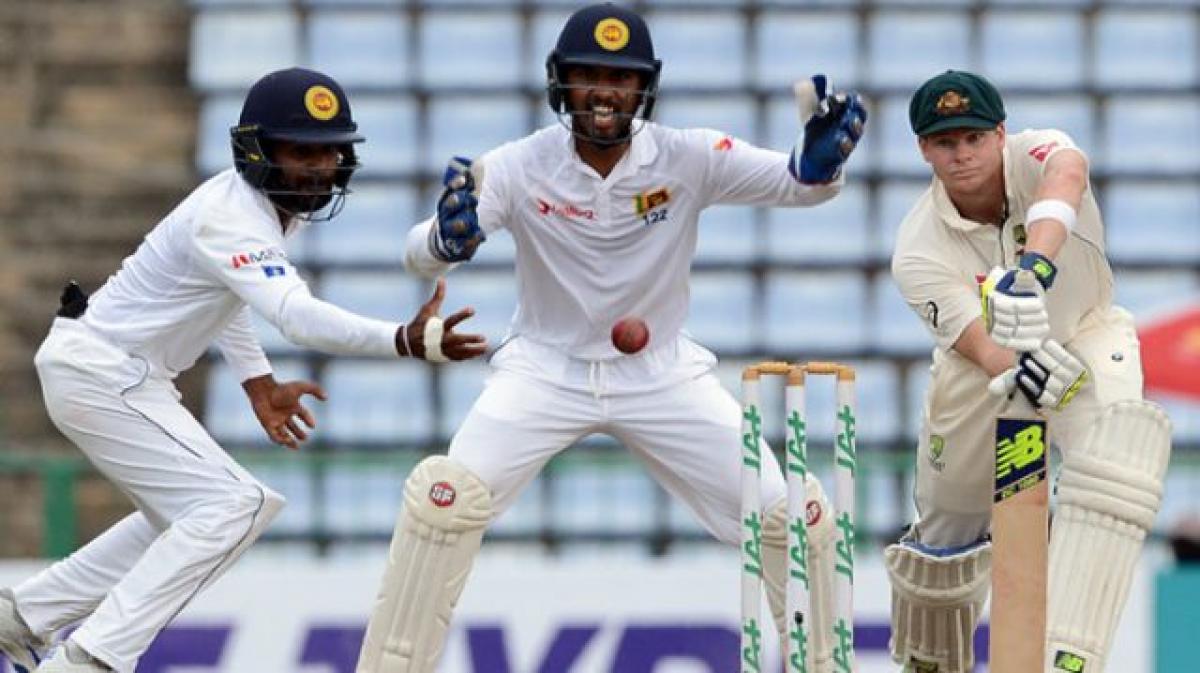 Herath finished with impressive match figures of 9-103 to help the hosts bundle out Australia for 161 on the fifth and final day. The visitors, who made 203 in their first innings, had been chasing a challenging 268.

Herath bagged the last Australian wicket to fall by cleaning up O'Keefe, triggering wild celebrations in the Sri Lankan camp.

This was only Sri Lanka's second Test win against Australia in 27 matches. It was batsman Mendis (176) who set up the unlikely win for Sri Lanka with his superb maiden ton in his team's second innings after the hosts overcame an 86-run deficit.

Sri Lanka lead the three-match series 1-0 as the action shifts to Galle for the second Test beginning August 4.