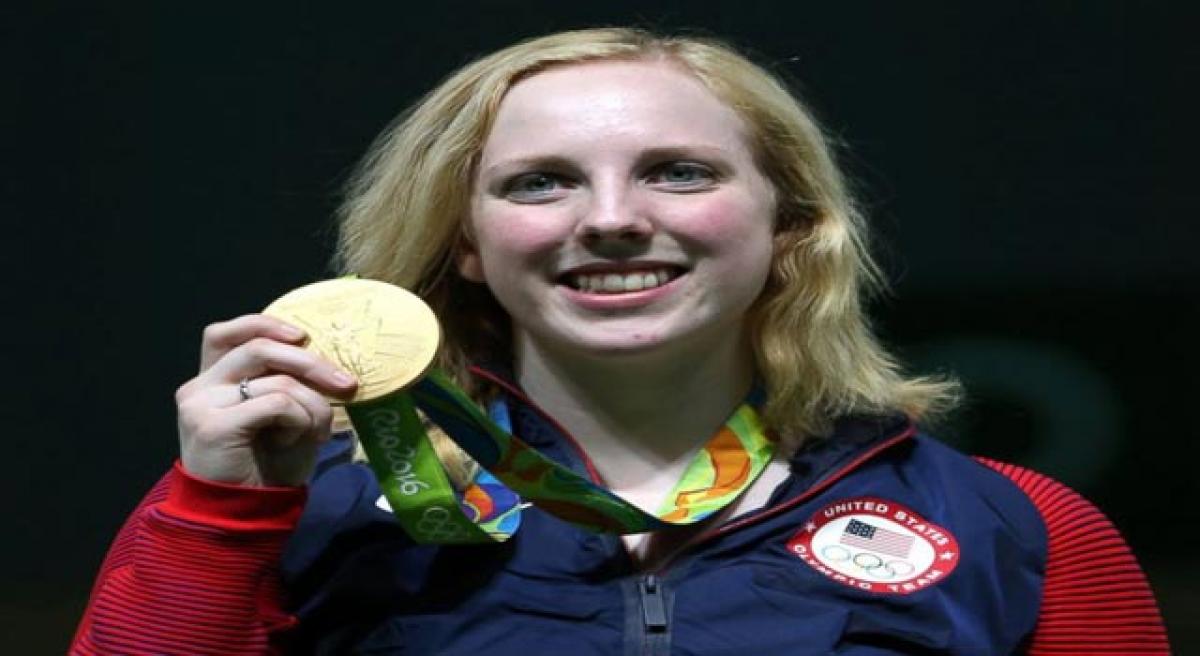 US teenager Virginia Thrasher claimed the first Rio Olympics gold medal with her final shot in the shooting on Saturday.

​Rio de Janeiro: US teenager Virginia Thrasher claimed the first Rio Olympics gold medal with her final shot in the shooting on Saturday.

The 19-year-old won the women's 10m air rifle title at the Deodoro shooting venue, holding her nerve to see off China's Du Li on the final shot.

Olympic chief Thomas Bach looked on in the crowd as the first of 12 gold medals in play on a crammed opening day was awarded. There are more than 300 titles on offer over the next fortnight at the 2016 Olympics.

An absorbing competition was led briefly by Daria Vdovina, one of the Russian contingent competing in Rio in the shadow of the massive doping scandal that has dogged the Games build-up.

She eventually slipped off the pace to finish fifth.
Yi was bang in contention to successfully defend her 2012 crown but sharp shooting saw Thrasher and Du go head to head, with the American, displaying maturity beyond her years, edging it on the final shot.

Surprise absentees from the final were Serbian duo Andrea Arsovic and Ivana Maksomovic, both rated major threats but who misfired in qualifying. For New York native Thrasher this was a dream Olympic debut after only taking up the sport four years ago.