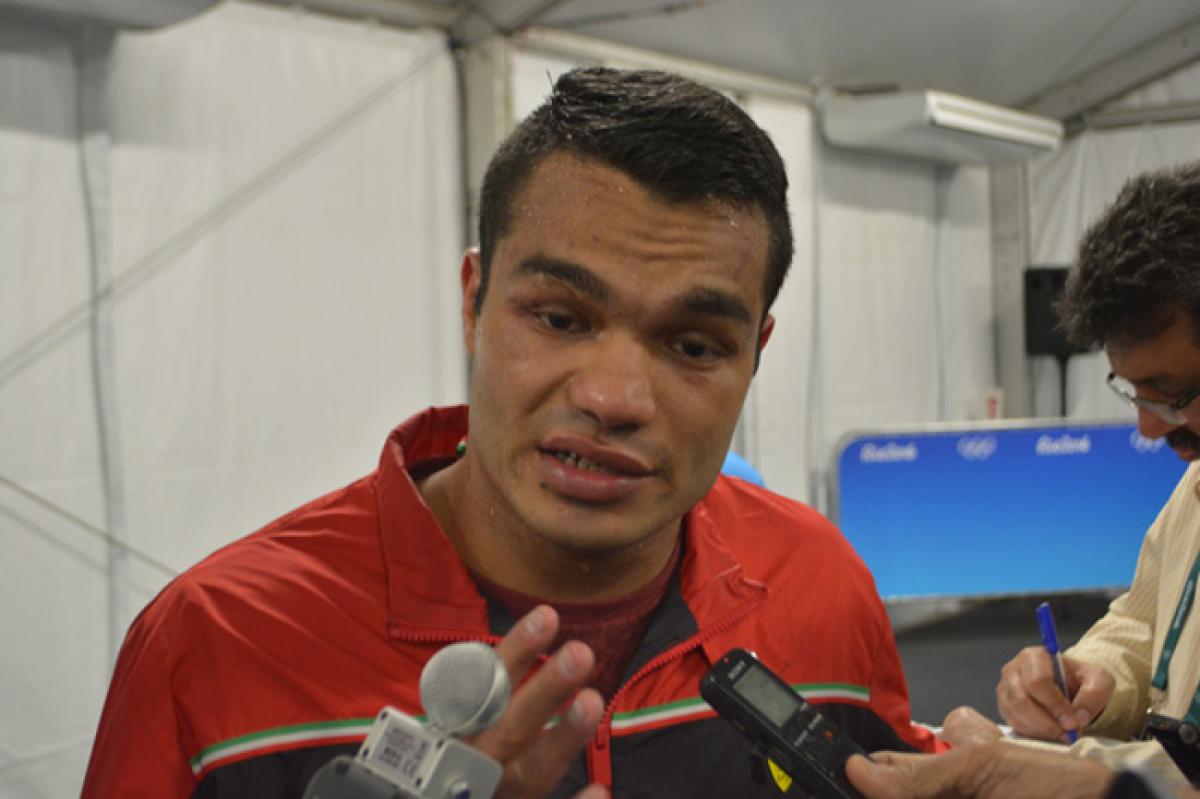 Vikas Krishan Yadav gave India\'s boxing campaign a rousing start with a dominant victory at the ongoing Rio Olympics over Charles Conwell of the US in the men\' Middleweight (75kg) category at the Riocentrio Pavilion here.

​Rio de Janeiro: Vikas Krishan Yadav gave India's boxing campaign a rousing start with a dominant victory at the ongoing Rio Olympics over Charles Conwell of the US in the men' Middleweight (75kg) category at the Riocentrio Pavilion here.

The Indian outpunched the 18-year-old American by a unanimous decision in the Round of 32 bout with all three judges ruling 29-28, 29-28, 29-28 in favour of the Haryana boxer here on Tuesday.

Vikas will now face Onder Sipal of Turkey in the pre-quarterfinals.

Sipal faced a tough challenge from the impressive Benny Muzio of Zambia before winning an entertaining and highly technical bout by a split decision.

Vikas was at the wrong end of some controversial officiating at the 2012 London Olympics and seemed eager to prove himself at the biggest stage in the world of sports.

The former Asian Games champion from Hisar district of Haryana was by far the superior boxer through all the three rounds and hardly broke sweat against the young Conwell who was appearing in his maiden Olympics.

"The strategy was to win the first two rounds. My opponent was younger, more powerful and had more strength. But I banked on my experience," Vikas said after the bout.

"I had never seen him fight before so wanted to observe him in the first minute. Then I tried to dominate. He was bending down to hit and I expected the referee to warn him, but he did not," he added.

Gurcharan Singh Sandhu, the head coach of the Indian boxing squad, said that Vikas' strategy focussed on utilising his superior height to prevent Conwell from closing in which made it difficult for the American to score and pepper him with quick jabs to the body.

"The opponent wanted to box close and rough so I advised him to punch clear and from distance. The idea was to dominate first two rounds, which Vikas did. The third round did not count unless you lose by a big margin," Sandhu said.

Vikas dominated the opening round with powerful shots to the body and a couple to the face as well. The American kept his head low and absorbed the Indian's punches as most of Vikas' attempted punches to the face landed on top of his head.

The American did land a few body punches of his own but he was totally outgunned by the pugilist from Haryana.

Vikas displayed superior footwork and defence which coupled with his height advantage ensured that most of Conwell's attempted jabs to the face could only brush the top of his head.

Vikas was more relaxed in the second round, sitting back and forcing the American to work harder. He seemed to have the measure of his opponent, relying on his counterpunching style to punch holes in his opponent's defence time and again.

The 24-year-old from the Haryana Police landed quite a few punches to the body and face of Conwell, clearly outclassing the American with his speed and excellent combinations.

In the second round, two of the judges gave all 10 points to Vikas while the third judge gave him nine points.

Comwel was more aggressive in the final round as Vikas focused more on preserving his lead. The American produced a much better show in the closing stages, but it proved to be too little too late.

Later, Sipal faced a much tougher challenge from Muziyo. The duo went toe to toe with Muziyo's superior height and punching causing plenty of problems for the Turk.