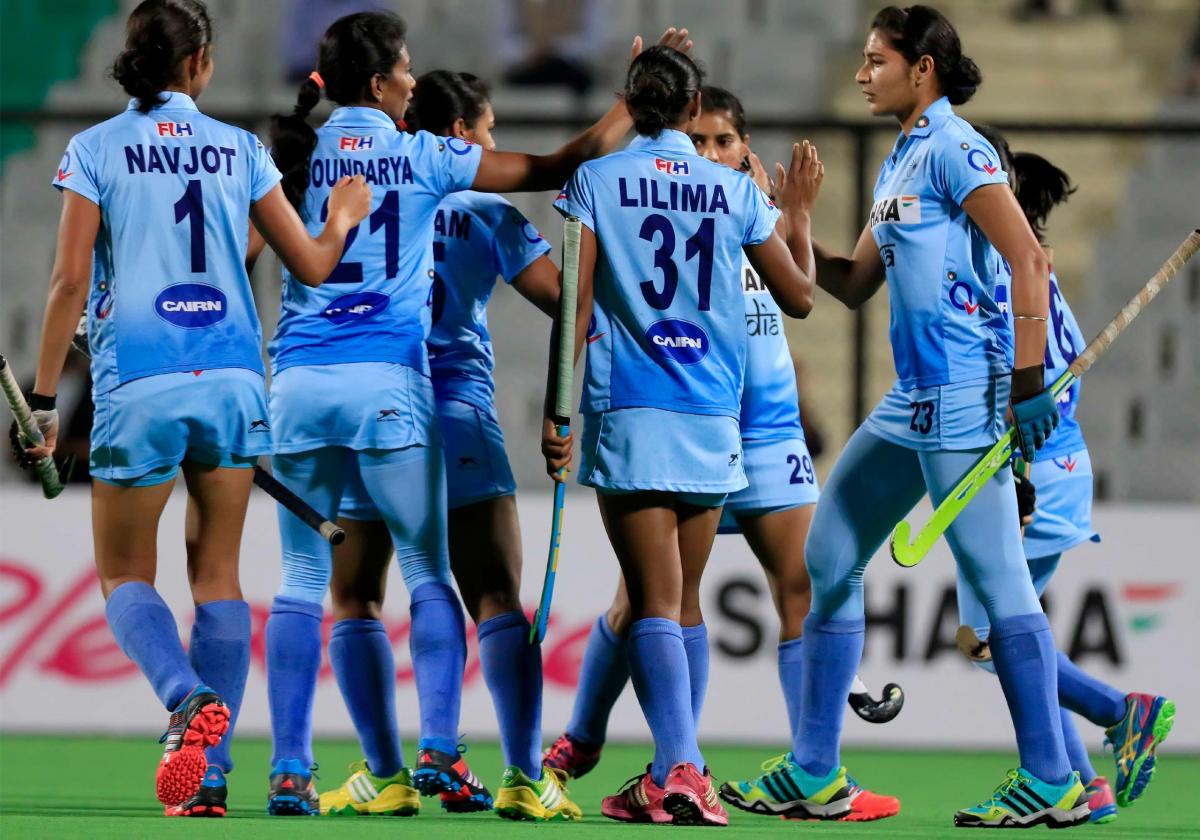 With this loss, India remained in the sixth spot, while the United States, Britain, Australia and Argentina made it to the quarter-finals.Argentina, having lost three and won a match, were desperate to restore their reputation.

Rio de Janeiro: India's women's hockey team was crushed by higher-ranked Argentina 0-5 to suffer fourth consecutive loss in Pool B and failed to advance to the quarter-finals of the Olympic Games here on Saturday.

In the must-win game for both the teams, Argentina sealed the match in the second quarter which yielded them five goals in a mesmerising display of attacking hockey.Martina Cavallero (16th and 29th minutes), Maria Granatto (23rd), Carla Rebecchi (26th) and Agustina Albertarrio (27th) scored for the world No.2 side.

With this loss, India remained in the sixth spot, while the United States, Britain, Australia and Argentina made it to the quarter-finals.Argentina, having lost three and won a match, were desperate to restore their reputation.

They had finished runners-up in the 2012 Games and also at the 2014 World Cup. And they were favourites to win over India, who qualified for the Summer Games after a gap of 36 years.

Argentina started on a quiet manner but they peaked towards the end of the first quartet. They earned a penalty corner in the 15th minute but Indian custodian Savita dived to her low right to deny a flick from captain Carla Rebecchi.

At the beginning of the second quarter, Argentina went on the offensive and got a penalty corner. Rebecchi's flick was again denied by Savita but Cavallero hit the ball home on the rebound to break the deadlock.

The next goal was a sensational solo goal from Granatto, who ran past three to four defenders from the left to lift the ball high into the net in the 23rd minute.Three minutes later, Rebecchi successfully converted a penalty corner to make it 3-0, before Albertarrio's cross from the left base-line was deflected into the goal as the ball touched a leg of an Indian defender.

Later, Cavallero scored a field goal to make it 5-0 as the 30 minutes of play almost sealed the match for the Argentines.
Leading by 5-0, Argentina dropped the intensity in the second half but the Indians were not able to make the most out of the situation.

India's best chances came in the 40th minute when Rani Rampal had her drag-flick saved by a diving Maria Mutio, who moved to the right in no time to deny India's opener.Later, Argentina tried their best to find their sixth goal and at the same time denied India's first goal as the match ended 5-0.