Olympic bronze medalist Sakshi Malik, a name to reckon with 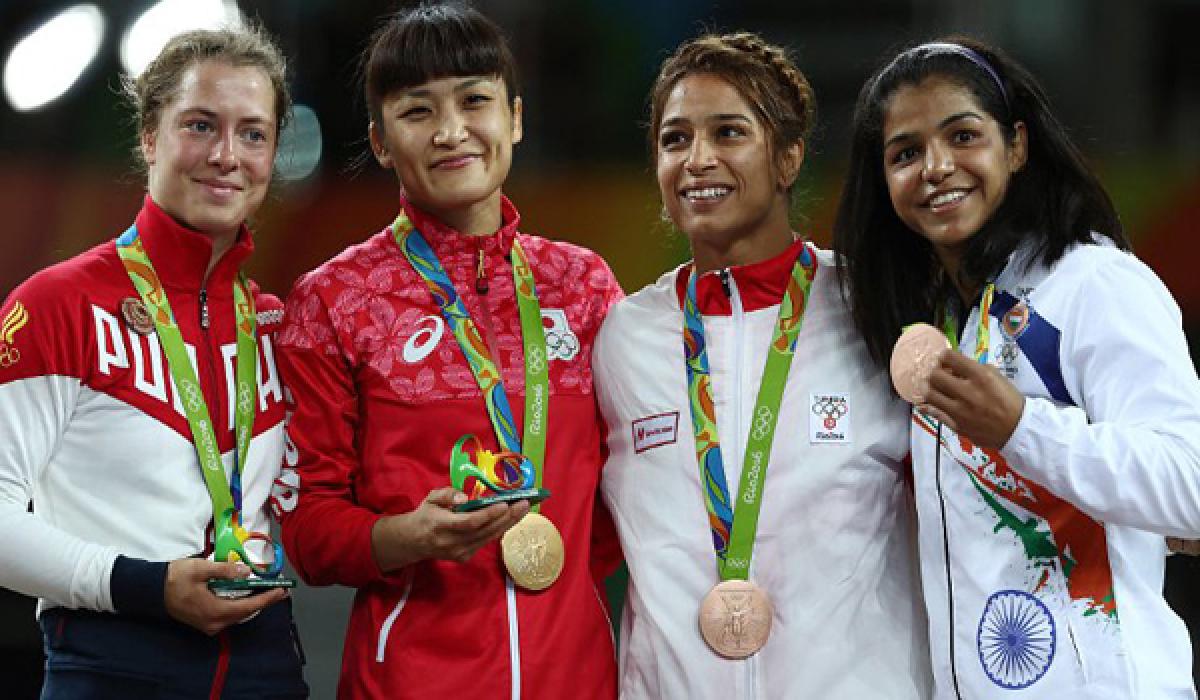 In the wee hours of Thursday, when most of India was sleeping, a 23-year-old from Haryana gave the country its first medal of the Rio Olympics. Sakshi Malik also created history by becoming the first Indian female wrestler to win an Olympic medal, and the 4th female athlete to do overall. But, who is Sakshi Malik?

In the wee hours of Thursday, when most of India was sleeping, a 23-year-old from Haryana gave the country its first medal of the Rio Olympics. Sakshi Malik also created history by becoming the first Indian female wrestler to win an Olympic medal, and the 4th female athlete to do overall.

But, who is Sakshi Malik?

Born on September 3, 1992, in Rohtak, Haryana to Sukhbir and Sudesh Malik, Sakshi began her training in wrestling at the age of 12 under the guidance of coach Ishwar Dahiya. She fought with boys in the early part of her training and had to go through all the social stigmas, as women were not allowed to do wrestling.But, Sakshi Malik faced the issues head on and went on to win medals at junior competitions. In 2010, at the age of 18, she won the bronze medal in the women’s freestyle 59kg category at the Junior World Championships.

Sakshi then went on to win another bronze medal, this time at the senior level, in the 2013 Commonwealth Wrestling Championships. Her big international victory came just before the 2014 Commonwealth Games, and she announced herself to the world by winning the gold in the 60kg category at the Dave Schultz International Wrestling Tournament.

In the 2014 Commonwealth Games in Glasgow, Sakshi stormed into the final after winning the quarter-final and semi-final bouts by a margin of 4-0 and 3-1 respectively but failed to produce the same in the final, settling for a silver in the 58kg category after losing to Aminat Adeniyi of Nigeria 4-0.

With a Commonwealth Games silver around her neck, Sakshi arrived at Tashkent in September of the same year, hoping to produce a memorable performance in the World Wrestling Championships. She participated in the 60kg, instead of her favourite 58kg category and defeated her Senegalese opponent 15-2 in the quarter-final. But, her hopes of winning a medal went up in smokes in the next round after Petra Olli of Finland defeated her 3-5.

With the 58kg and 60kg categories not part of the 2014 Incheon Games, Sakshi did not represent India at the Games.

In the 2015 Asian Wrestling Championships at Doha, Qatar, Sakshi fought in the 60kg category and won a bronze medal in the event. In a format of four bouts, Sakshi won two, to clinch the third position. She was beaten by eventual champion Luo Xiaojuan of China in the first bout via a fall verdict, but she bounced back in the second bout and defeated Munkhtuya Tungalag of Mongolia 13-0, but only to go down again, this time to Japan's Yoshimi Kayama. However, she defeated Kazakhstan's Ayaulym Kassymova 8-1 to steal the bronze.

In May 2016, Sakshi booked her ticket to Rio in the 58kg category after winning a silver in the second Olympic qualifying tournament. She defeated Spain’s Irene Garcia 10-0 in the Round of 16, before going past Kateryna Zhydachevska of Romania 12-2 and China’s Zhang Lan 10-10 (on the basis of best technique) to set up a final clash with Russia’s Valeria Koblova. The Russian defeated her 7-3 to take the gold.

At Rio Games, Sakshi started from the qualification round and defeated Sweden’s Johanna Mattsson 5-4 before going past Mariana Cherdivara of Moldova in the Round of 16 on the basis of best technique after the scores were tied at 5-5 after the two rounds. In the quarters, she faced a familiar opponent – Russia’s Valeria Koblova, who had defeated her in the final of the second Olympic qualifying tournament. Once again, Sakshi suffered a similar fate and went down 2-9.

But, her time at the Games was not finished. Sakshi got another chance to clinch a bronze medal through Repechage after Koblova made it to the final of the event. She defeated Pürevdorjiin Orkhon of Mongolia 12-3 in Repechage Round 2 to go into the bronze medal match against Aysuluu Tynybekova of Kyrgyzstan.

In the bronze medal match, Sakshi had a poor start and was trailing 0-5 at the half-way mark. But, she made a comeback in the second round and with just two minutes to go, Sakshi managed her first takedown to get two points. She held on to her opponent and managed another to make it 4-5 in the bout. With just 9 seconds to go, Sakshi pushed her opponent out of the area to tie the bout at 5-5. In the last few seconds, she managed another takedown to get two points and added another from an appeal to win India’s first medal at the Rio Games with an 8-5 scoreline.