India Vs West Indies: Downpour rains off play on third day too 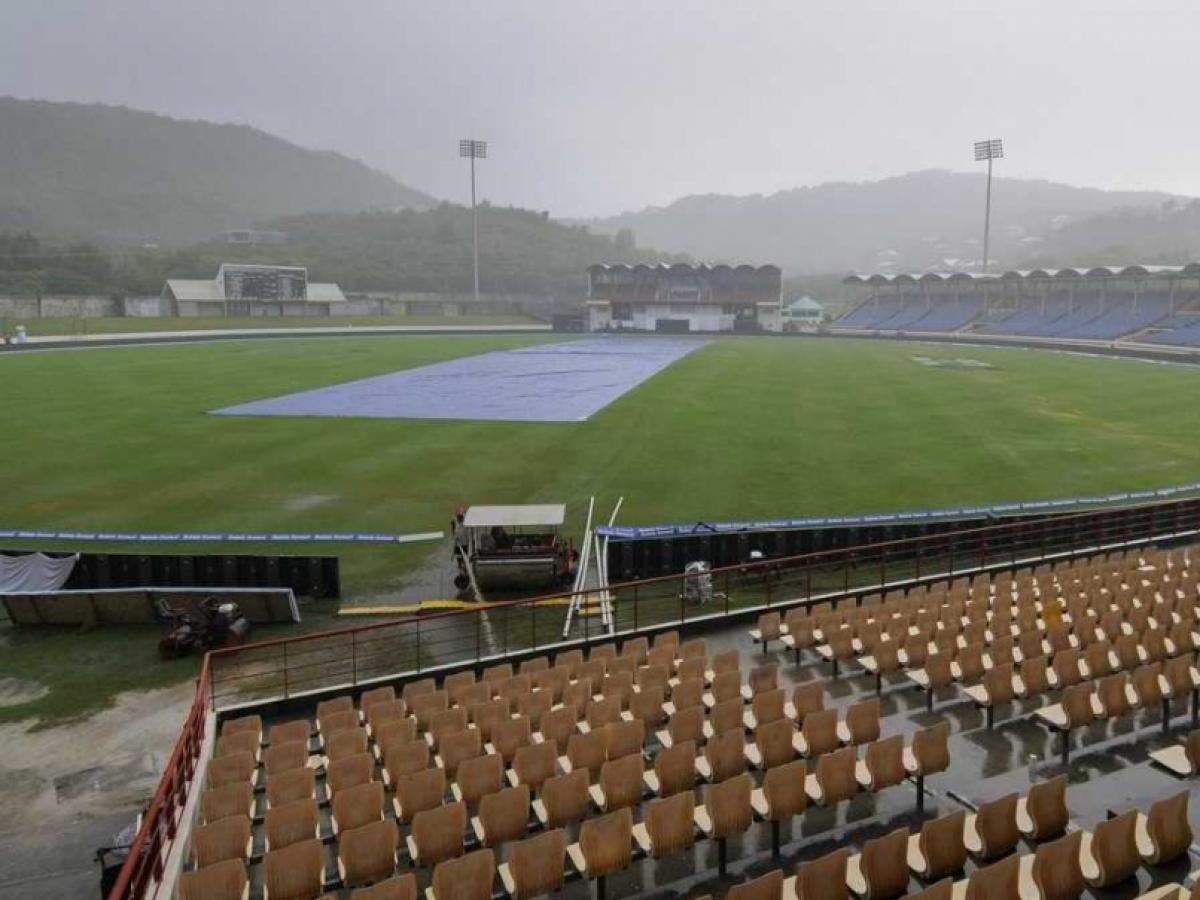 For the third consecutive day of the fourth cricket Test, the West Indies could not resume batting from 62/2 in the first innings against India due to wet outfield and rains returning at the Queen\'s Park Oval here on a cloudy Saturday.

​Port of Spain (Trinidad): For the third consecutive day of the fourth cricket Test, the West Indies could not resume batting from 62/2 in the first innings against India due to wet outfield and rains returning at the Queen's Park Oval here on a cloudy Saturday.

As the outfield and infield around the pitch remained soft and soggy, ground conditions were not fit for the hosts to bat or visitors to bowl.

“Play has been called off for the day without a ball being bowled again as the outer ground remained wet and final inspection was ruled out as rain started and turned heavy during the post-tea session,” an official said.

Though the day started well with sunshine and breeze, play was ruled out for the first session as well as the post-lunch session after umpires Red Tucker and Nigel Llong found the outfield damp and dreary.

With only 22 overs of play in the curtailed first session, prospects of the Test heading for a draw or ending with no result appear inevitable as more rains are forecast even for the next two days.

Heavy downpour on the first day (Thursday) washed off rest of the game after 105 minutes of play when the hosts were 62/2 in 22 overs.

Unlike in the third Test at St Lucia last week, which India won by a huge 237-run margin on August 13, Windies skipper Jason Holder opted to bat first on winning the toss on Thursday.

Opener Kraigg Brathwaite (32) and veteran batsman Marlon Samuels (4) were at the crease when rain interrupted the match ahead of lunch.

The hosts got off to a poor start, losing opener Leon Johnson (9) and one-down Darren Bravo (10) cheaply to seamer Ishant Sharma and off-spinner Ravichandran Ashwin respectively.

The visitors, eyeing to consolidate their numero uno status in Test cricket, went in with a different strategy in the match with skipper Virat Kohli preferring an additional batsman in contrast to his usual six batsman-five bowlers theory.

India lead the four-match series 2-0, after the second Test at St. Kitts ended in a draw.