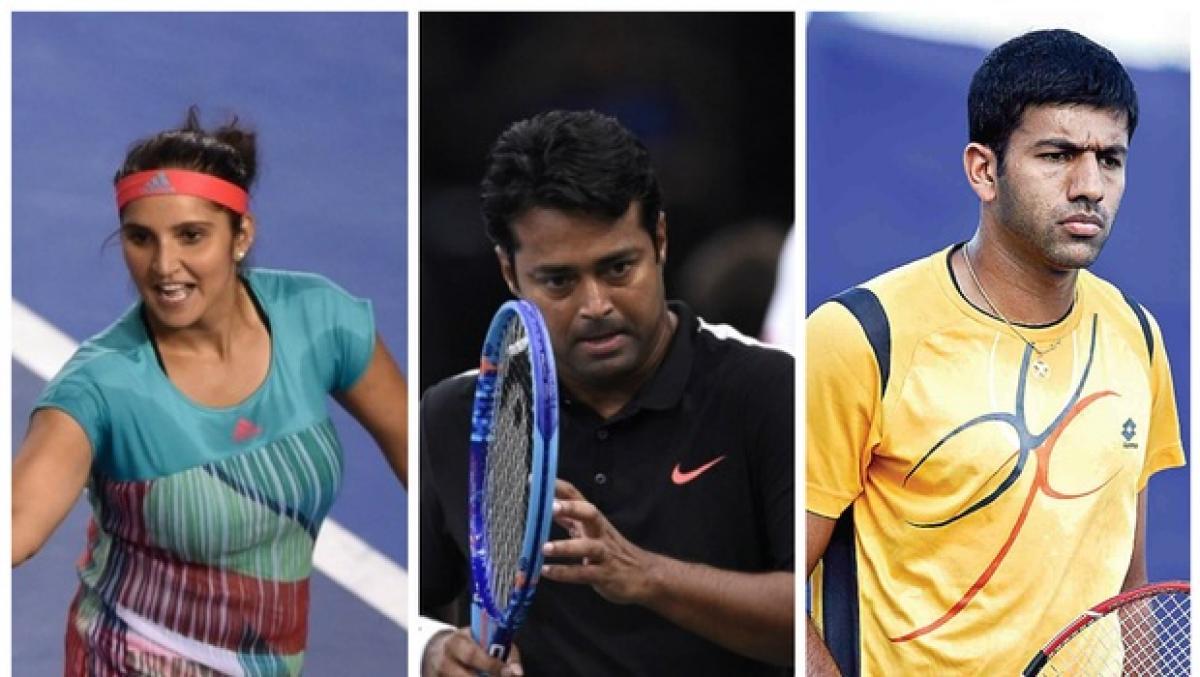 Bopanna kicked off India's day with a sweat-inducing 6-3, 6-7 (3), 6-3 win with his Danish partner Frederik Nielsen over 16th seeds Radek Stepanek and Nenad Zimonjic in the first round men's doubles on Wednesday.

Veteran Paes and his mixed doubles partner Martina Hingis also had a light workout at the court, securing a 6-3, 6-2 win against Americans Sachia Vickery and Frances Tiafoe.

The unseeded Indo-Danish pair of Bopanna and Nielsen fought 1 hour and 53 minutes to seal the win at Court 6.

Bopanna-Nielsen were up against a more experienced Czech-Serbian combination but began confidently to win the first set 6-3.

Stepanek-Zimonjic used all of their experience to claim the second set in a tie-break to pull level.

But Bopanna-Nielsen kept a hold on their nerves to win the decider 6-3. They converted four out of eight break points won, while their opponents only won 2 from 9, which ultimately created the difference among two teams.

They will now take on the US-New Zealand combination of Brian Baker and Marcus Daniell for a place in the pre-quarterfinals.

They need an hour and nine minutes to complete the victory at Court 4.

World No.1 women's doubles player Sania and Barbora carved out five break points throughout the course of the match, converting three of them to secure the win. They won 65 out of the total 116 points played.

Paes-Hingis weren't even stretched that far.

The Indo-Swiss combination wrapped up the contest in 51 minutes.

They were at ease from the beginning and broke their opponents serve four times in a one-sided contest, claiming 56 out of the total 94 points played.