Mary Kom disappointed with only 2 Olympic medals in Rio 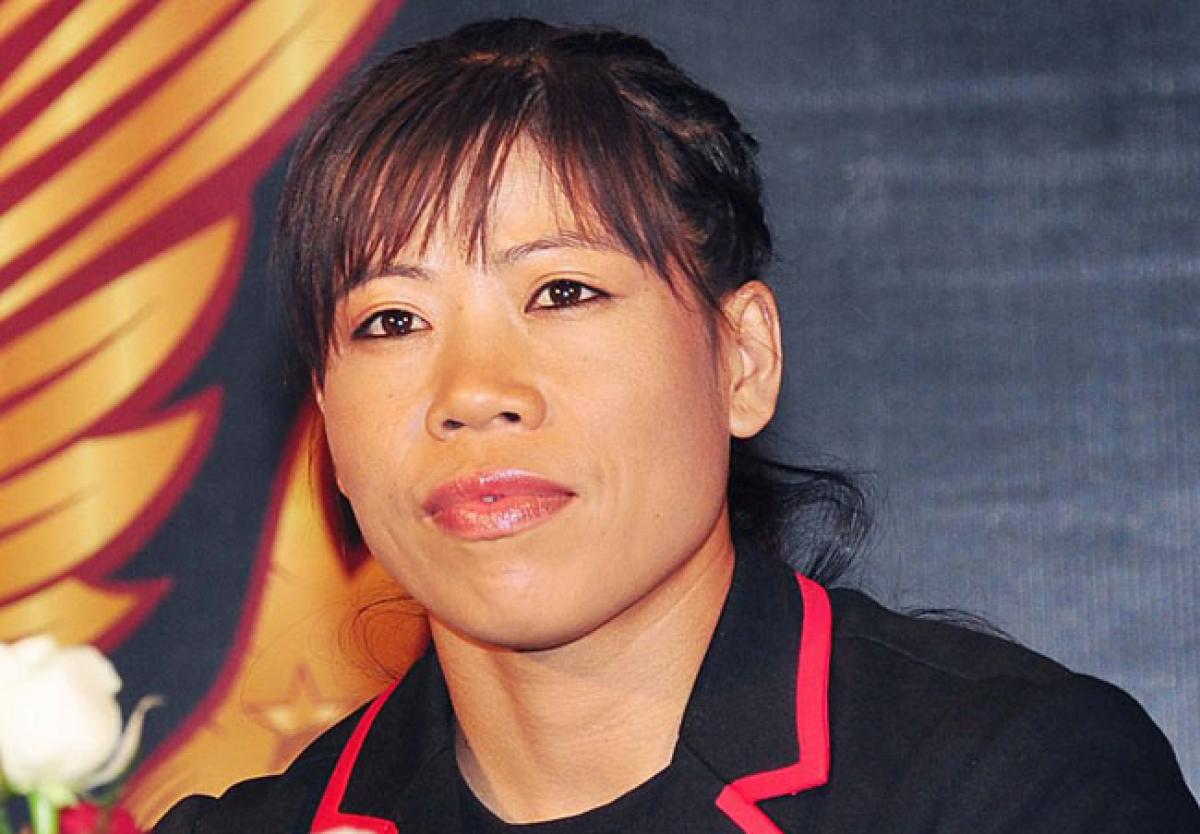 London Games bronze medallist boxer MC Mary Kom on Tuesday described her trials for Rio Olympics as unfortunate and said things probably would have been in her favour had there been more competitions for women.

​Shillong: London Games bronze medallist boxer MC Mary Kom on Tuesday described her trials for Rio Olympics as "unfortunate" and said things probably would have been in her favour had there been more competitions for women.

"I only got two chances to qualify. Male boxers get five to six chances, but even then many of them did not qualify," she said expressing hope that things would change for better after the upcoming boxing federation elections.

The Rajya Sabha MP said she was disappointed with only two medals for the country at the recently concluded Rio Olympics and added "less awareness" in sports in the country was one of the reasons behind it.

Five-time world champion, Mary Kom on Tuesday received an honorary doctorate degree conferred upon her by the North Eastern Hill University (NEHU) for her contributions in the field of sports.

The pugilist from Manipur, who coaches underprivileged children boxing, and an animal rights activist, was conferred with the degree along with 85-year-old Rose Milian Bathew, the first woman chairperson of the UPSC, during the university's 23rd convocation.

"The degree of Doctor of Letters (Honoris Causa) is awarded by NEHU to M C Mary Kom in recognition for her outstanding contributions in the field of sports," the citation, which NEHU VC S K Srivastava conferred on Kom, said.

In her acceptance speech, the pugilist said she would "cherish" the degree forever and urged students to enjoy doing what they do and only then they would overcome the difficulties while following their dreams.

"I am here (at the University) today is because I want to support you in your dreams and endeavours. Why I have so many recognition and honour was because of my dream and my passion (in whatever I do)," she said.

Stating that discipline was very important in her struggle to become a world champion, Mary Kom said "Hard work, passion, patience, dedication and dedication are the mantras."