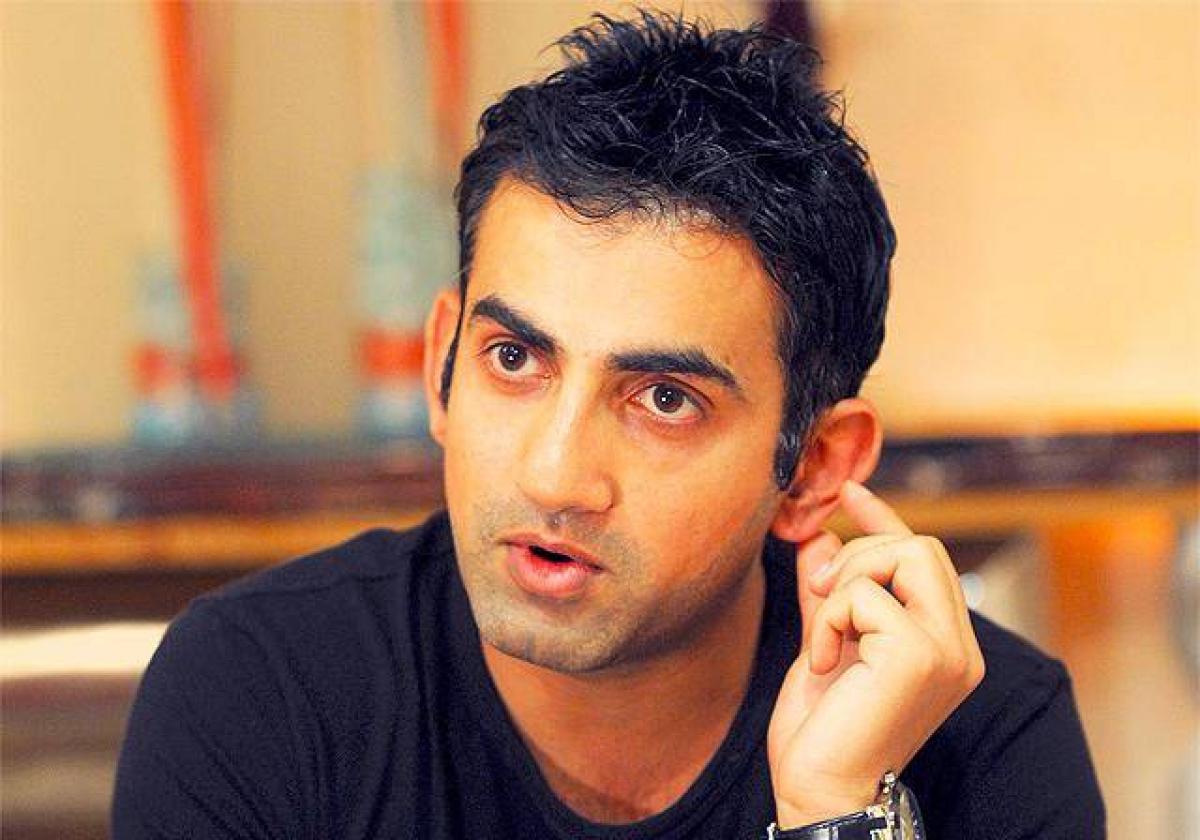 Out-of-favour India batsman Gautam Gambhir on Sunday stoked a fresh controversy asserting that films shouldn\'t be made on cricketers but on those people who have contributed for the welfare of the country and hence are more deserving of biopics.

​New Delhi: Out-of-favour India batsman Gautam Gambhir on Sunday stoked a fresh controversy asserting that films shouldn't be made on cricketers but on those people who have contributed for the welfare of the country and hence are more deserving of biopics.

Ganbhir's comments were seen as controversial considering they have been made barely days before the release of an eagerly-awaited biopic on the life of India's limited-overs skipper Mahendra Singh Dhoni.

In the film, titled "MS Dhoni: The Untold Story", Dhoni's character is being portrayed onscreen by Bollywood star Sushant Singh Rajput. The film, releasing on September 30, is believed to unfold the rags to riches story of Dhoni and has been shot extensively in Dhoni's hometown of Ranchi.

"I don't believe in biopics on cricketers. I think those people who have contributed more to the country than the cricketers deserve a biopic," Gambhir wrote on Twitter.

"There are lots of people in the country who have done so many noble deeds for the nation. Therefore, biopics should be made on their lives," the Delhi batsman added.

Gambhir reasoned against the practice of making films on cricketers as many other deserving people as there in different spheres of life on whom movies should be made to highlight their achievements.

But the comment could also be viewed as an indirect dig at his former team-mate Dhoni, with whom he is known to have a chequered relationship in the past.

Gambhir was recently omitted from the upcoming Test series against New Zealand despite a flow of runs in the Duleep Trophy.

Biopics on cricketers have earlier been made on Mohammad Azharuddin, named "Azhar" that was released early this year and former South African skipper the late Hansie Cronje, titled "Hansie: A True Story" released in 2008.

A biographical film on Sachin Tendulkar, "Sachin: A Billion Dreams" is also presently under production.