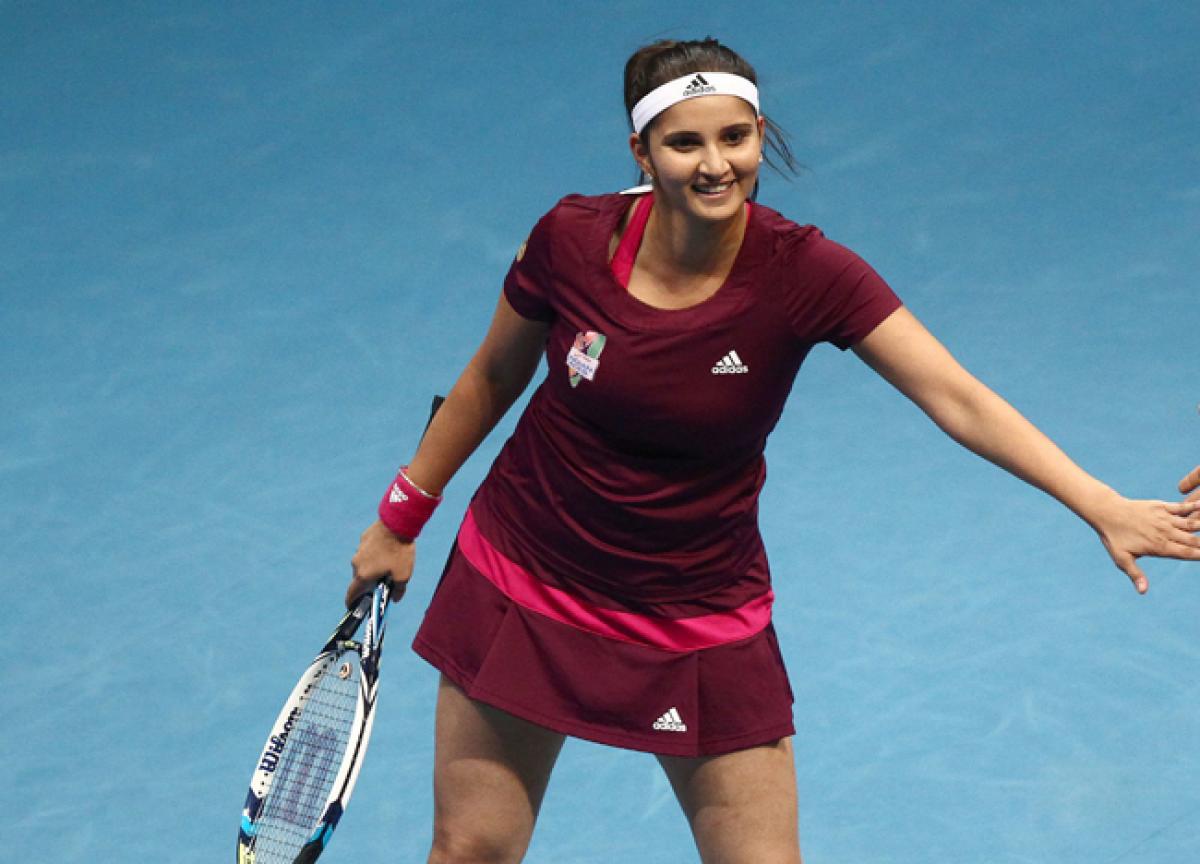 Sania (9730) continued to be world number one in doubles but only five points separate her from her estranged partner Martina Hingis (9725).

Sania and Strycova had earlier ousted Hingis and CoCo Vandeweghe in the final of the Cincinnati Open last month.

Sania and Strycova have lost just once since pairing up in Cincinnati, reaching the quarterfinals of the US Open and taking home a second title at the Pan Pacific Open.

Among Indian men, Saketh Myneni is the highest place singles player. Myneni, who entered the main draw of the US Open after winning three rounds in the Qualifying event, dropped a rung to be placed 138th in the list.

Second highest-ranked Indian singles player Ramkumar Ramanathan, who featured in the recent Davis Cup tie against Spain, plummeted 10 places to 229, while out of action Yuki Bhambri dropped a whopping 62 places to be placed 282nd in the chart.

In the men's doubles chart, Rohan Bopanna is static at 18th, while veteran Leander Paes has moved four places to 60th.