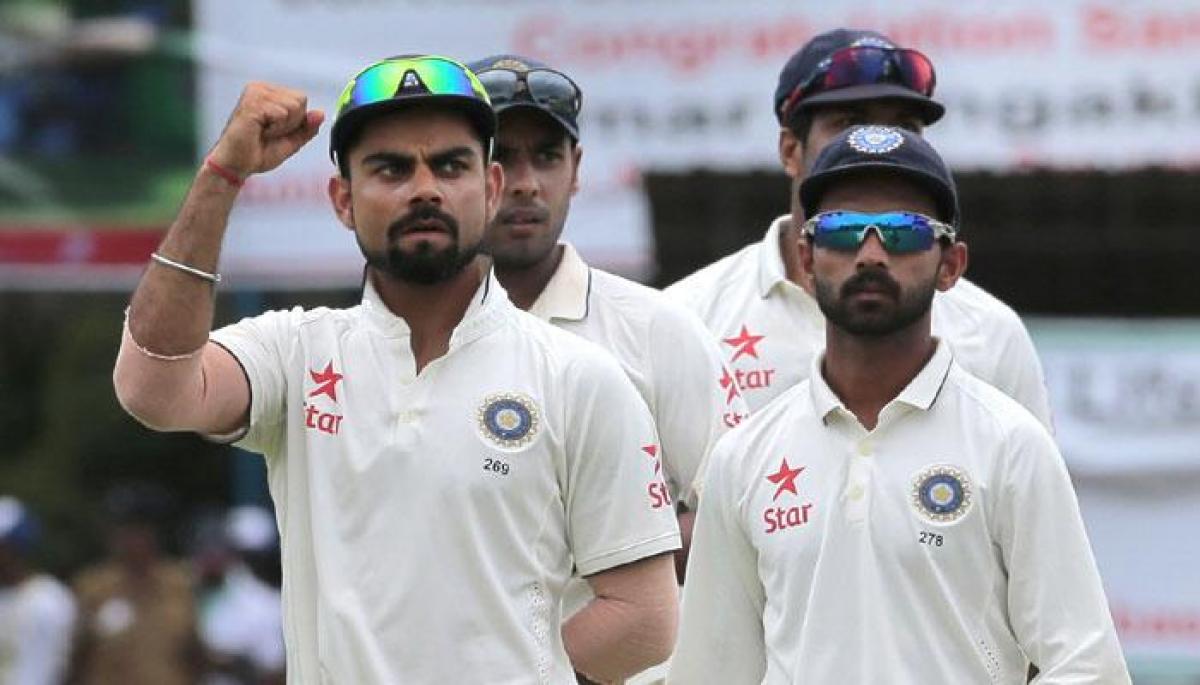 India pulled off a brilliant all-round performance to trounce New Zealand in the second Test to clinch the three-Test series with an unassailable 2-0 lead which also propelled them to the top of the ICC rankings.

Virat Kohli's men wrapped up the series-deciding victory on the fourth day of the match after setting the Black Caps a mammoth target of 376 runs to chase.

India's win over New Zealand in Kolkata has meant that it will be ranked number one on the ICC Test chart when it is updated at the conclusion of the ongoing series.

India's top spot is guaranteed irrespective of how the third and final Test in Indore, which will be played from 8-12 October, pans out.

Kohli's side had entered the series against New Zealand trailing Pakistan by one point and needed to win the series to reclaim the number one position for the fourth time since the current rankings system was introduced in 2003.

And India achieved this in style when it won the first Test in Kanpur by 197 runs and then dominated the Kolkata Test to romp home with nearly a day to spare.

India has previously been at the top of the table from November 2009 to August 2011 and then briefly during January-February 2016 and in August 2016.

To celebrate India's number one Test ranking, it will be presented with the ICC Test Championship mace.

India's next challenge will be to put the number one ranking beyond Pakistan's reach and this will only be possible if it wins or draws the Indore Test.

If India wins 3-0, then it will finish on 115 point and on 113 points in case of a 2-0 series win. Either of the result will mean even if Pakistan blanks out the West Indies, it will not be able to overhaul India as the highest as it can only finish with 112 points.

However, if New Zealand earns a consolation victory, then India will finish on 111 points, which, in turn, will give Pakistan a sniff to reclaim the number one ranking and the mace.

Pakistan goes head-to-head with the West Indies from October 13 in the first Test at the Dubai Sports City. This will be the first time the two sides as well as the venue will host a day-night Test.