India looking to settle scores with England in Test series 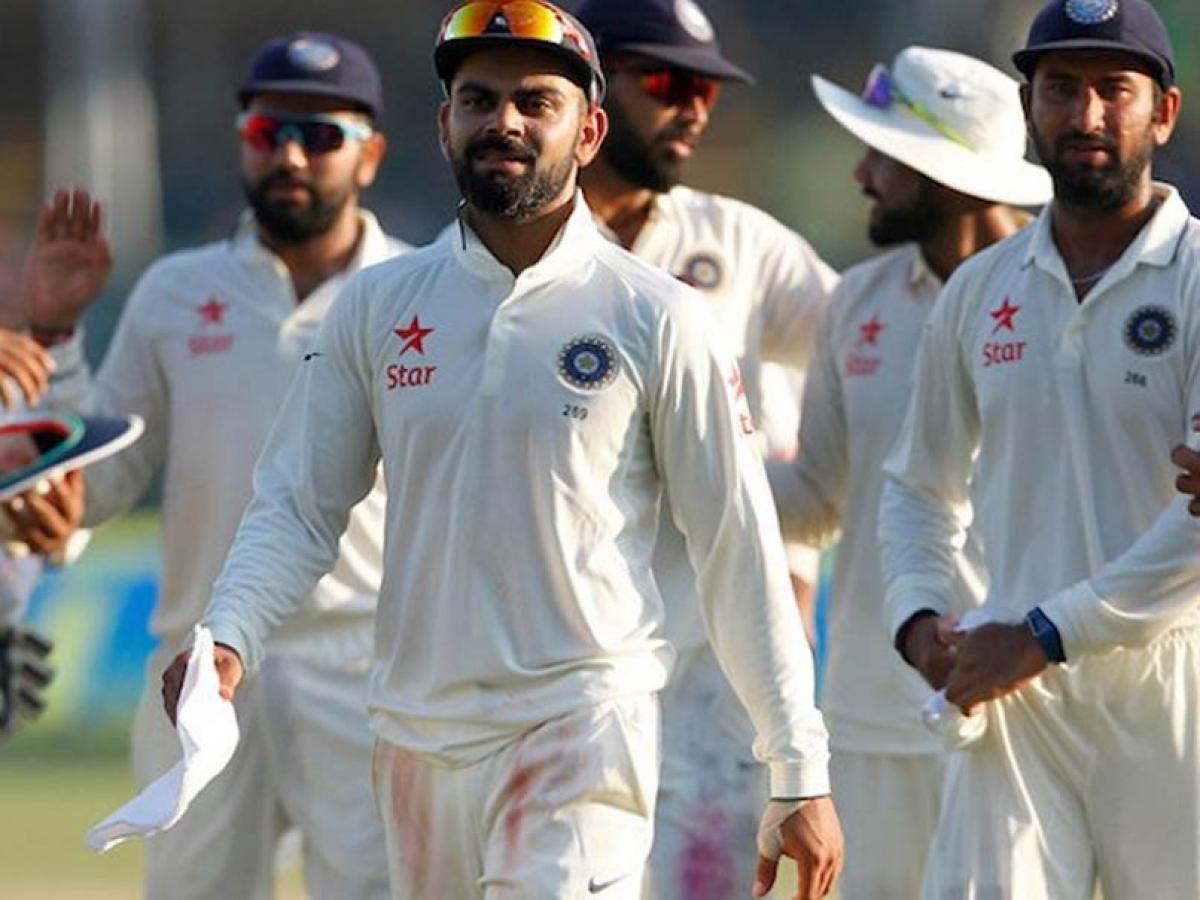 Top-ranked India will look to settle old scores by unleashing their spinners on a fragile-looking England when the first Test of a five-match series begins in Rajkot on Wednesday.

Rajkot: Top-ranked India will look to settle old scores by unleashing their spinners on a fragile-looking England when the first Test of a five-match series begins in Rajkot on Wednesday.

England were the last team to win a Test series on Indian soil when they came from behind to triumph 2-1 in 2012, but India are currently enjoying an impressive run.

Talismanic captain Virat Kohli has scored two Test double centuries this year and has led his side to four series wins in a row after taking over the captaincy in 2015.

Recent victories, including a whitewash of New Zealand, have not only dimmed memories of three consecutive Test series defeat to England -- in 2011, 2012 and 2014 -- but also whetted India's appetite for revenge.

Their prospects have been boosted by the recent sparkling form of Ravichandran Ashwin, who became the second quickest bowler to reach 200 wickets during India's 3-0 demolition of the Black Caps.

The off-spinner will look to exploit an England batting line-up that struggled on slow and low pitches during their recent tour of Bangladesh which saw them lose a Test to the minnows for the first time.

"Ashwin is a good bowler. He uses his variations very well, especially the way he approaches the crease. He's always looking to attacking and outfox a batsman," former England star Kevin Pietersen told The Cricketer magazine.

Alastair Cook's men, fourth in the world rankings, were cut down to size by teenage Bangladeshi spinner Mehedi Hasan who bagged 19 wickets from the two games last month.

The second Test upset also reminded England of shortcomings in their own spinning department but Cook said he was confident that Adil Rashid, Moeen Ali and rookie Zafar Ansari would deliver, despite just having 105 wickets between them.

England have also brought back 39-year-old Gareth Batty while Pakistan great Saqlain Mushtaq is there to mentor the spinners as they confront a formidable Indian batting line-up.

Mushtaq is likely to have a calming effect in a dressing room, and Cook believes his side will bounce back from the Bangladesh defeat and should never be written off.

"Every time this side has been questioned we've always found a way of improving and I expect that.

"It's exciting because we are quite heavy underdogs and that is sometimes a very good place to be," he told reporters in Mumbai on Saturday.

Their pace department will also suffer from the absence of Jimmy Anderson, England's all-time leading wicket-taker with 463 scalps, who has recovered from a shoulder injury but not in time for the first Test.

India have some nagging concerns at the top of the batting order. Despite trying out five different combinations in their last 14 Tests, India have failed to post a century opening partnership.

With injured openers Shikhar Dhawan and Lokesh Rahul ruled out of the first two Tests, selectors are scurrying for new combinations.

Coach Anil Kumble said India would not be weighed down by memories of their last encounters with England, insisting recent form was more important.

"Yes, some players played in the last series but for us ... immediate performance matters. That's the confidence we would like to take into the series," Kumble said in Rajkot Sunday.

Adding spice to the series is the decision review system (DRS) which India have agreed to use for the first time on a trial basis after resisting it for so long.

The Rajkot match will be followed by Tests in Visakhapatnam, Mohali, Mumbai and Chennai.