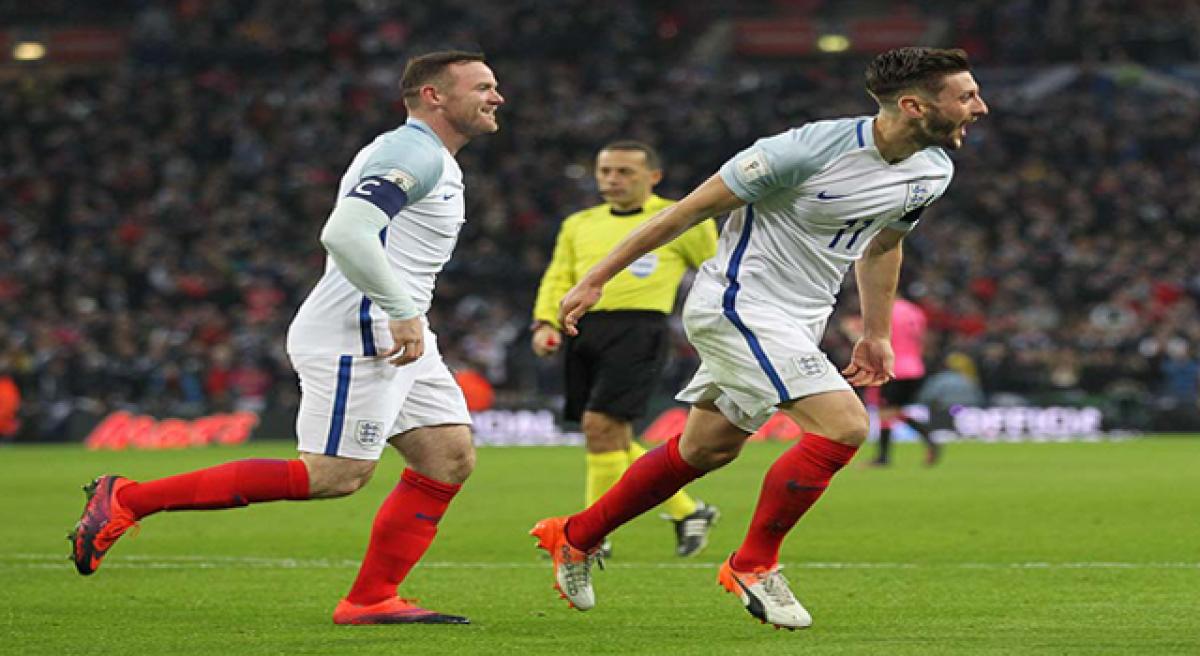 A trio of headers from Liverpool pair Daniel Sturridge and Adam Lallana and Chelsea\'s Gary Cahill saw interim coach Gareth Southgate\'s side cruise home, the win consolidating England\'s leadership of Group F as they made it 10 points from four games.

Paris: England shrugged aside the potential ramifications of sanctions over poppy emblems with a 3-0 Wembley win over Scotland to bring a 2018 World Cup berth a step closer.

A trio of headers from Liverpool pair Daniel Sturridge and Adam Lallana and Chelsea's Gary Cahill saw interim coach Gareth Southgate's side cruise home, the win consolidating England's leadership of Group F as they made it 10 points from four games.

For Southgate, who replaced newspaper sting victim Sam Allardyce following an opening away success in Slovakia, the three points were a welcome boost after a nervous draw in their previous outing in Slovenia, aiding his chances of taking the post full time.

Slovenia stayed in touch just two points behind the leaders after edging Malta 1-0 away while Slovakia are two points further back after whipping Lithuania 4-0.

France's win -- courtesy of goals from Paul Pogba and Dimitri Payet after Emil Forsberg had put the Swedes ahead --lifted them atop Group A with seven points from three games as their visitors slid three points off the pace.

Reigning world champions Germany gave no quarter to Group C minnows San Marino with debutant Serge Gnabry of Werder Bremen helping himself to a hat-trick in an 8-0 rout in Serravalle.

Elsewhere, the Group E match between Romania and Poland in Bucharest was briefly halted after a firecracker thrown from the stands went off near visiting forward Robert Lewandowski.

The second half incident could see a stiff UEFA punishment for the Romanians, who slumped to a 0-3 loss that pushed the Poles to top of the pool. In the same group, Denmark beat Kazakhstan 4-1 helped by two goals from Christian Eriksen to vault into third spot ahead of the Romanians.

Also in Group E, previously pointless Armenia did Poland a favour by coming back from two goals down to edge previous leaders Montenegro 3-2. A pile driver in the final seconds from Gevorg Ghazaryan gave Armenia their first competitive win for three years.