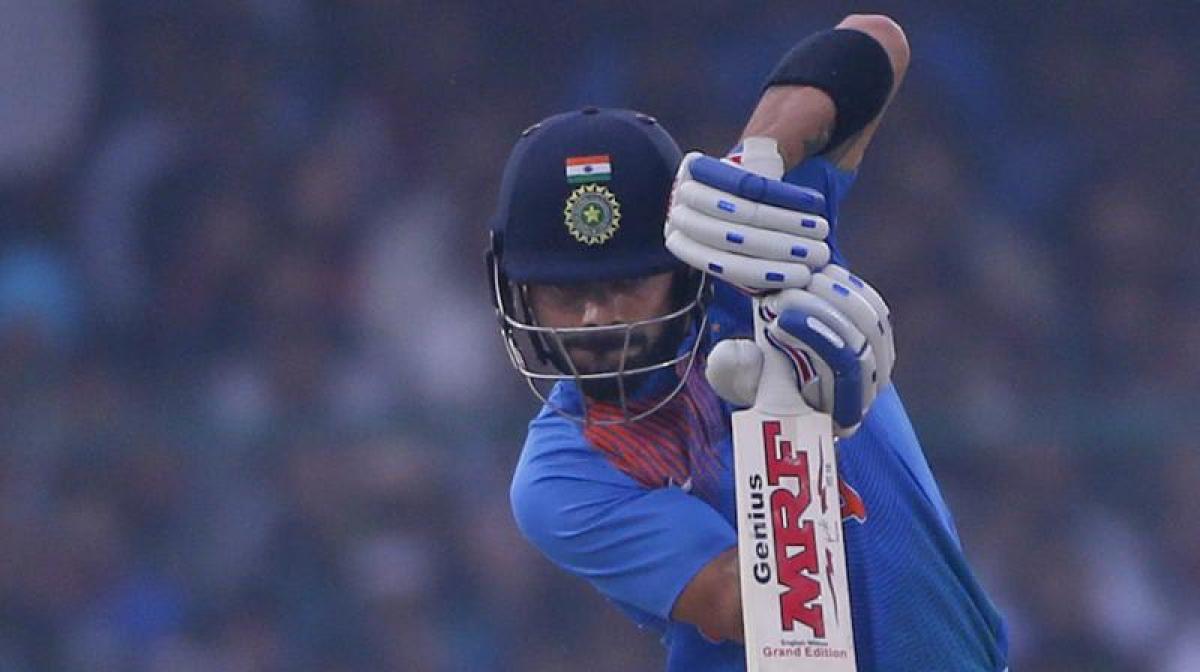 India captain Virat Kohli credited opposition bowlers for their impressive show in the first Twenty20 International, saying the hosts were 30-35 runs short of their target against England on Thursday.

India captain Virat Kohli credited opposition bowlers for their impressive show in the first Twenty20 International, saying the hosts were 30-35 runs short of their target against England on Thursday.

England bowlers cashed in on the questionable shot selection of the Indian batsmen to restrict the hosts to 147 for seven, before skipper Eoin Morgan led from front with a 51 off 38 balls to set up an emphatic win for his team.

"England played better cricket than us today, and they are deserving winners. Credit to their bowlers, they bowled good hard lengths with extra pace and bounce," Kohli said at the post-match presentation ceremony.

"We would have liked to execute that as well, but we were about 30-35 runs short on that wicket."

Defending the target, Yuzvendra Chahal (2/27) shone with the ball for India and Kohli was full of praise for the young leg-spinner.

"I have a lot of confidence in him (Chahal), he plays with me at RCB. He has wicket-taking ability as well. He is confident about his skills," he said.

"Our bowlers were outstanding tonight, Moeen Ali in particular showed great resolve. We showed a lot of experience, and Tymal Mills and Chris Jordan put their hands up in very important roles," Morgan said.

"They made it very hard for the Indian batsmen on a small ground. Sam Billings and Jason Roy did outstandingly well, Sam has taken his two chances when he's had the opportunity."

Off-spinner Moeen Ali was adjudged man-of-the-match for his impressive 4-0-21-2 spell and that too in the shortest format of the game.

"As a bowling unit we were fantastic. We are pleased to be 1-0 up with two big games to go. I took a bit of confidence from the ODIs, but just tried to bowl a length," Ali concluded.