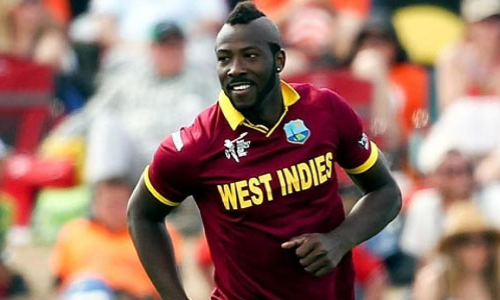 The Independent Anti-Doping Disciplinary Panel took the decision after the player failed to reveal his whereabouts between March and September 2015, reports Jamaica Observer.

This constitutes a failed drugs test under the World Anti-Doping Agency (WADA) rules.

A distraught Russell, a two-time Twenty20 World Cup winner, refused to comment. His suspension, which began on Tuesday, will end on January 30, 2018.

Russell appeared to be in tears when the decision was announced at the Jamaica Conference Centre here, the daily said.

WADA rules state that athletes across all sports must inform their local anti-doping agencies where they will be for at least one hour each day to facilitate drug tests.

Russell’s lead attorney was relieved he didn’t get a two-year ban.